It’s that time once again: time to celebrate the sterling work of Gust’s sound team, and the distinctive soundscape they have created over the years from the Atelier series.

As you might expect with the change in artist, overall aesthetic and tone, the sound of the Dusk series is a little different from the Arland trilogy before it — but it’s still recognisably “Atelier”.

This time around, the music is the work of Gust regulars Daisuke Achiwa and Kazuki Yanagawa as well as Yu Shimoda; the latter worked with Inti Creates on retro revival titles Mega Man 9 and 10, and joined Taito’s ZUNTATA sound team in 2017. Series mainstay Ken Nakagawa, meanwhile, stepped aside from Atelier compositions from hereon, though he returned for contributions to both Atelier Lulua and Nelke and the Legendary Alchemists’ soundtracks.

END_OF_DOCUMENT_TOKEN_TO_BE_REPLACED 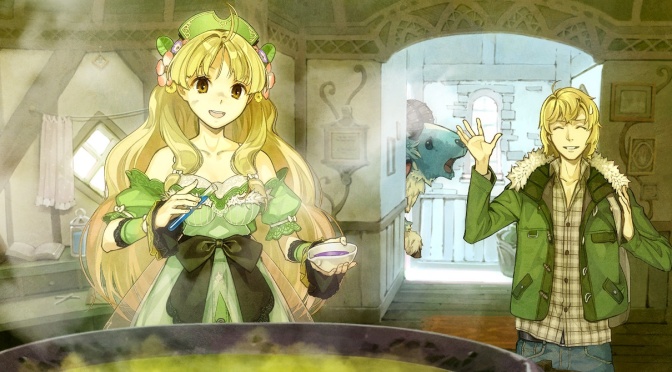 Atelier Ayesha: The Alchemist of Dusk is, as we’ve already established, something of a step in a different direction for the series.

Over the course of the series, Gust has always drawn a hard line underneath each of the main “sets” of games before moving on to the next; the narrative of the setting isn’t necessarily wrapped up conclusively (which leaves things open for titles like Atelier Lulua to revisit past series) but there’s usually a significant reinvention of, at the very least, overall aesthetic and mechanical components.

One of the most obvious places where we see this is in the heart of the series: the alchemy component. So let’s take a closer look at exactly how Atelier Ayesha handles this side of things!

END_OF_DOCUMENT_TOKEN_TO_BE_REPLACED

I, if it has not already been made abundantly clear, love the Warriors series as a whole. And I’ve found myself particularly enjoying the Warriors Orochi branch.

Warriors Orochi’s core appeal is that it successfully divorces both the Dynasty Warriors and Samurai Warriors casts from their original contexts, allowing them to break free from the stories they’ve been telling since the PlayStation 2 days. Instead, they get the chance to have a bit of fun.

Well, “fun” might not be quite the right word, given that Warriors Orochi 3 starts off with all of them (except for three, conveniently) dying horribly. But it’s certainly fun for us.

END_OF_DOCUMENT_TOKEN_TO_BE_REPLACED

What might it look like if the creative minds behind the masterful Project Zero series of ghost-hunting survival horror games made a third-person shooter?

A lot like Quantum Theory, as it happens! Released in 2010 as the work of Project Zero creator Makoto Shibata and Koei Tecmo’s Team Tachyon development department, Quantum Theory was not well received by press or public alike. Checking it out ten years later, though, it turns out there’s a lot of interesting — and visually arresting — stuff to explore in this game.

So let’s do that in the video below! Don’t forget to subscribe on YouTube for more when you’re done. 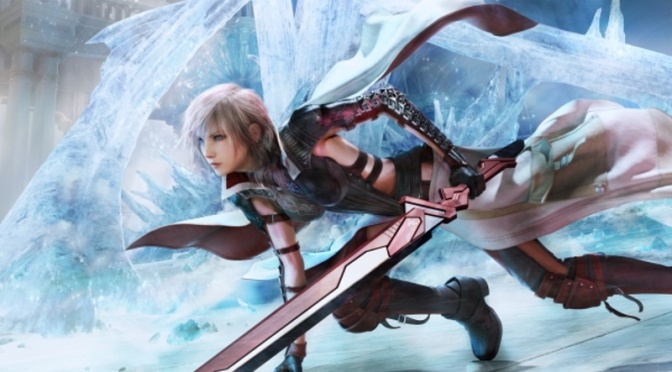 In one of the last issues of the sadly defunct GamePro magazine, my former colleague AJ Glasser gave FFXIII four stars out of five. 1up.com gave the game an A- rating. Eurogamer gave it 8/10. And, despite a couple of outliers, the overall consensus at the time of release was that Final Fantasy XIII was a good game — not a perfect one, by any means — but a good one. The same was true for Final Fantasy XIII-2, which scored slightly lower on average, and while I’ll admit Lightning Returns reviews were somewhat more mixed — not everyone enjoyed the game’s peculiar mechanics and structure — there were still a lot of comments about how interesting it was, despite its flaws.

Which is why it’s so baffling that I find a lot of the online discourse surrounding this particular part of Final Fantasy’s history so overwhelmingly negative.

END_OF_DOCUMENT_TOKEN_TO_BE_REPLACED 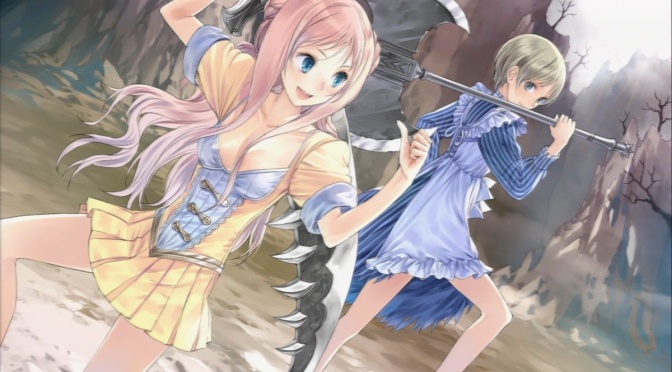 As we’ve seen numerous times in the previous installments of the Atelier series, being a successful alchemist isn’t just about holing yourself up in your workshop for months at a time; sometimes you have to take to the field and get some practical experience.

In Atelier Meruru: The Apprentice of Arland, those excursions outside of the protagonist’s home base occupy something of a middle ground between the relatively short excursions of Atelier Rorona: The Alchemist of Arland, and the grand adventure which unfolded over the course of Atelier Totori: The Adventurer of Arland. Meruru never strays that far from home — but she does have important things to accomplish wherever she goes.

Let’s take a look at what life in the field is like for our tomboyish princess — and how she makes use of her alchemical talents to defend herself when things get rough.

END_OF_DOCUMENT_TOKEN_TO_BE_REPLACED 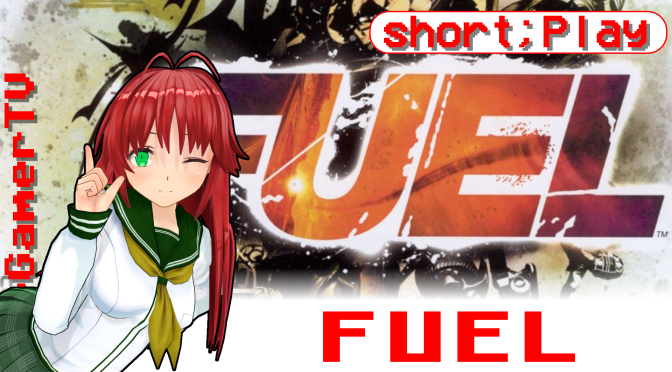 As you’ll know if you’ve listened to our episode of The MoeGamer Podcast on the subject, I love me a good arcade racer.

One of my recent discoveries in this genre was Fuel, a game developed by Asobo Studio and published by Codemasters. If Asobo Studio’s name sounds familiar, it’s because they’re the developers behind the latest Microsoft Flight Simulator. Turns out they’ve been making spectacularly huge, fully explorable open worlds for quite a long time now — although Fuel “only” offers a play area roughly the size of Connecticut rather than the whole Earth.

Check out the action in the video below, and don’t forget to subscribe on YouTube for more.

We’ve already talked about how Atelier Rorona: The Alchemist of Arland marked something of a return to the “traditional” Atelier format in terms of its concept and structure. But its follow-up Atelier Totori: The Adventurer of Arland shows that this return to Atelier’s roots was more than just a one-off.

Specifically, Atelier Totori: The Adventurer of Arland re-establishes the early series’ formula of having several games unfold in the same (or at least a similar) geographical area and showing how that area changes over time — along with how the people who live there change, too. Atelier has, after all, always been a series about people at its heart.

Before we dive too deep into specific talk of mechanics and narrative, though, let’s take a first look at where this game came from — and one particularly interesting story surrounding one of its various releases over the years.

END_OF_DOCUMENT_TOKEN_TO_BE_REPLACED 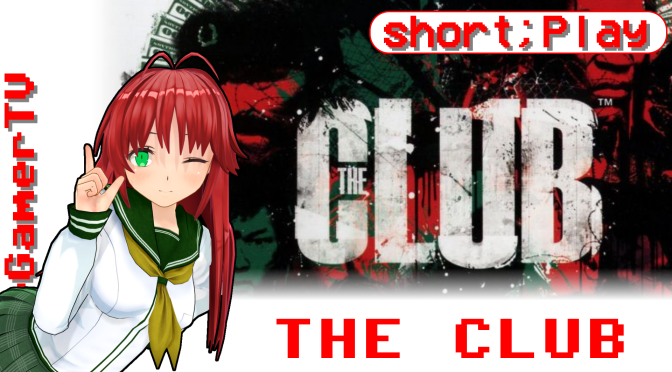 The dearly departed Bizarre Creations were best known for their racing games — Metropolis Street Racer on Dreamcast, the Project Gotham series on Xbox platforms and the wonderful game that would, sadly, turn out to be their death-knell: Blur.

But throughout the Xbox 360 and PlayStation 3 era, they actually fiddled around with quite a few different styles of game. They made a James Bond game, for one — you better believe that will show up at some point in the near future — as well as the delightful “techno-classical” rhythm game Boom Boom Rocket.

Today we’re taking a look at The Club, a Sega-published game that combines gritty third-person shooter action with arcadey scoring and racing mechanics; a modern-day (well, late 2000s) Outtrigger, in many ways. Check it out in the video below, and don’t forget to subscribe on YouTube for more!

As our exploration of Atelier Rorona: The Alchemist of Arland comes to a close, it’s time to contemplate the game’s narrative component.

As we talked about when we looked at the game’s overall structure, Atelier Rorona: The Alchemist of Arland is somewhat more non-linear than previous installments in the series. There’s a core linear progression based around Rorona’s assignments, but the bulk of the narrative content comes from the wide variety of optional events you can enjoy with the ensemble cast.

Between all those events, you get a good sense of what sort of place Arland is — and who Rorona and her friends really are. So let’s take a closer look!