In one of the last issues of the sadly defunct GamePro magazine, my former colleague AJ Glasser gave FFXIII four stars out of five. 1up.com gave the game an A- rating. Eurogamer gave it 8/10. And, despite a couple of outliers, the overall consensus at the time of release was that Final Fantasy XIII was a good game — not a perfect one, by any means — but a good one. The same was true for Final Fantasy XIII-2, which scored slightly lower on average, and while I’ll admit Lightning Returns reviews were somewhat more mixed — not everyone enjoyed the game’s peculiar mechanics and structure — there were still a lot of comments about how interesting it was, despite its flaws.

Which is why it’s so baffling that I find a lot of the online discourse surrounding this particular part of Final Fantasy’s history so overwhelmingly negative.

To hear some people talk, you’d think Final Fantasy XIII and its two sequels constituted a travesty of Custer’s Revenge or Superman 64 proportions; I’ve seen professional, high-profile critics refer to Lightning’s saga as a “scourge” and something that “doesn’t deserve to live,” for example, which seems both hyperbolic and unreasonable. Okay, maybe the games didn’t resonate with these people personally, but that still doesn’t make them indisputably bad — more something that’s not to their taste.

And that’s fine, of course — I’m not going to try and force anyone to like something they don’t enjoy, and heaven knows as a fan of moe otaku RPGs I come up against this a whole lot — but a personal dislike is not the same as the games in question being fundamentally broken or unplayable, as is often implied by statements like this.

In fact, there’s a lot worth praising about Final Fantasy XIII and its sequels, the main point being the same thing that the series as a whole can consistently be praised for throughout its long history: innovation and willingness to experiment — and, importantly, the acceptance that experimentation sometimes brings failure as well as success. 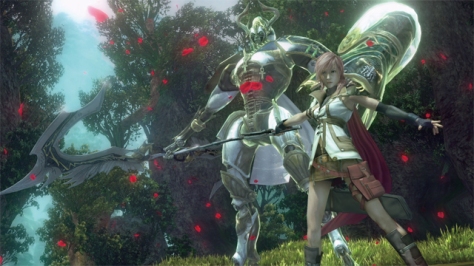 It’s the latter part in particular that is worthy of note, especially in today’s era of big-budget developers being somewhat risk-averse. Final Fantasy is many things, but “risk-averse” is not an accusation I’d ever level at the series, particularly in recent years.

It’s easy to think of Final Fantasy as a series stuck in the mud simply due to its constant presence throughout almost the entirety of video game history, but in reality nothing could be further from the truth. With every single installment, Final Fantasy has completely reinvented itself, toying with experimental gameplay systems and new mechanics, some of which worked, some of which didn’t. Whether they worked or not isn’t necessarily important, though; what is important, however, is that throughout the mainline, numbered Final Fantasy games and the few direct sequels along the way, each new game has consistently brought something new and interesting to the table. 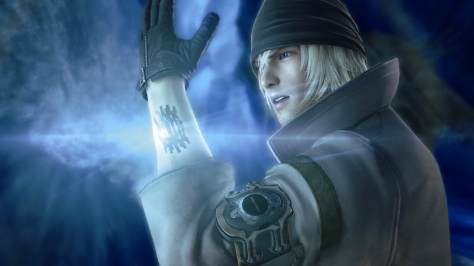 Still with me? Let’s continue. Final Fantasy VII moved to 3D, incorporated higher production values and made abilities portable between characters through its Materia system. Final Fantasy VIII de-emphasised character growth and instead experimented with attaching magic to your stats, not to mention bringing us the addictive card game that was Triple Triad and also establishing what we now know as Final Fantasy’s modern, instantly recognizable aesthetic. Final Fantasy IX gave us a new twist on Triple Triad-style collectible card games in Tetra Master, and also featured a new take on Final Fantasy VI’s advancement by tying abilities to equipment, not Espers. Final Fantasy X ditched the world map and moved to a full 3D world, and also temporarily tossed Active Time Battle aside. Final Fantasy X-2 brought Active Time Battle back with the intriguing twist that time bars could be variable length according to the abilities you were using, and also made use of an interesting evolution of the Job system as well as the series’ first truly non-linear structure.

These all sound pretty distinct from one another so far, don’t they? And it continues: Final Fantasy XI was the first Final Fantasy MMO, still going strong today. Final Fantasy XII took some of the lessons learned from Final Fantasy XI and applied them to an open-world single-player game with quasi real-time combat. Final Fantasy XIII was a fundamental rethink of party-based combat, requiring you to adjust your overall big-picture strategy on the fly rather than micromanaging every ability.

Final Fantasy XIV’s original incarnation was a bold experiment in abandoning the traditional MMO structure. Final Fantasy XIII-2 shook up XIII’s combat with trainable monsters and improved its field gameplay with more exploration, a non-linear time travel-themed structure and some puzzles — something the series had traditionally been light on. Final Fantasy XIV: A Realm Reborn nuked everything to do with Final Fantasy XIV’s initial, failed version in favour of creating one of the most solid MMO experiences of all time, yet one that felt convincingly “Final Fantasy.” Lightning Returns flings everything at the wall just to see what sticks. And Final Fantasy XV learned a lot of lessons from open-world, quest-based RPGs and blended that with clever stance-based combat.

What’s not to like there? The fact that three games all had Lightning in them? Well, she’s barely in XIII-2, and in Lightning Returns she might as well be a completely different person to who she was in XIII. And, taking aside Motomu Toriyama’s apparent obsession with his creation for a moment, she’s not even a badly realised character in her own right.

From a design perspective, she’s a realistically proportioned female character without a hint of moe about her (not that there’s anything wrong with moe, but it does put some narrow-minded people off from modern, more niche-interest RPGs); from a narrative perspective, she’s of critical importance to the unfolding narrative rather than being a token woman purely there as a love interest or eye candy; and while her somewhat stoic, seemingly cold personality and dry wit may not be to everyone’s taste — something that’s taken even further in Lightning Returns, where having her personality removed is actually a plot point — at least she is well-defined and consistent as a person.

So where’s the “bad?” I’m still not seeing it, to be honest. Is it the fact that there have been so many games with Lightning in? Well, three games between Final Fantasy XIII’s 2009 Japanese release and Lightning Returns’ 2014 localisation — one of which Lightning was barely in, and all of which, as we’ve said, are remarkably distinct from one another — isn’t really all that much when compared to how often Ubisoft churns out Assassin’s Creed games, or Activision pumps out Call of Duty titles, or any number of other annualised franchises.

Is it the quality of the XIII series’ stories, then? Perhaps, but they’re really no more ridiculous than earlier Final Fantasies. We’re talking about a series that has previously included people forgetting they grew up with one another, time getting compressed… sorry, “kompressed,” a guy trying to blow up the world and actually succeeding, daddy issues being resolved in the most overblown manner possible, and a final boss you heard nothing about for the rest of the game who shows up in the last ten minutes, quotes Star Wars at you and then tries to kill you. Taken alongside all that… yeah, XIII, XIII-2 and Lightning Returns fit right in, to be honest. Even XIII’s much-maligned linearity isn’t anything unusual for the series — XIII just made it a whole lot more obvious than the earlier games, which disguised early-game linearity with world maps and vehicles and all manner of other trickery to give the illusion of freedom while still limiting where you could go very rigidly.

So I think it’s time to admit that maybe Final Fantasy XIII wasn’t all that bad, really. If you didn’t dig it personally, that’s fair enough, but that doesn’t mean you should write off either the Final Fantasy series as a whole, or even the XIII sub-series, for that matter — even those who disliked XIII’s direction may get something out of the very, very different Lightning Returns, for example.

Either way, Lightning Returns is the last we saw of Lightning outside of a couple of cameos in other games — and thanks to the continued success of Final Fantasy XIV, the troubled but nonetheless impressive end result of the Final Fantasy XV project, the divisive and ballsy reimagining of Final Fantasy VII Remake and the next-gen prospects of Final Fantasy XVI, the series is continually moving on to new and exciting places, while the Bravely Default series honours its past glories with a modern twist.

Game culture is richer for Final Fantasy’s constant reinvention and experimentation — it may not always be successful in what it’s trying to do, but by golly, it’s always interesting to see whatever it does next.

I originally wrote this article for USgamer in February of 2014. With that site’s future uncertain at the time of writing, I’ve republished it here.

2 thoughts on “From the Archives: It’s Time to Admit Final Fantasy XIII Wasn’t Actually That Bad”