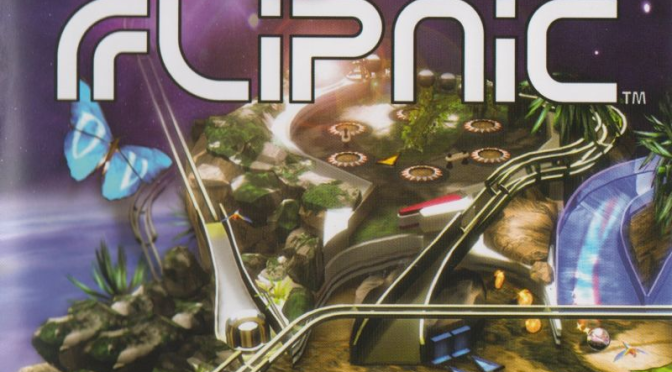 One of my favourite things about video games is the possibility to simulate things that have their roots in “reality”, but then extend that simulation to something that would be physically impossible or at least impractical to do.

Flipnic, a 2003 release for PS2 that was originally developed by Sony but, oddly, localised and brought West by Ubi Soft, of all people, takes this approach with pinball. While your average real-world pinball table is… well, roughly table-sized, Flipnic’s “tables”, if it’s even accurate to call them that, are absolutely enormous, frequently gravity-defying and full of contraptions that would make Heath Robinson proud.

It’s a bizarre game and no mistake… but well worth giving a bit of time to, particularly if you reckon yourself as a bit of a pinball wizard.

END_OF_DOCUMENT_TOKEN_TO_BE_REPLACED

Proper “spy games” are something I don’t feel like we see a lot of any more, perhaps since fascination with the concept waned somewhat with the end of the Cold War.

That said, there are tons of awesome “spy games” from back in the day that we can still enjoy, and Rolling Thunder, a 1986 arcade game from Namco, included on the Nintendo Switch version of Namco Museum, is a great example.

END_OF_DOCUMENT_TOKEN_TO_BE_REPLACED 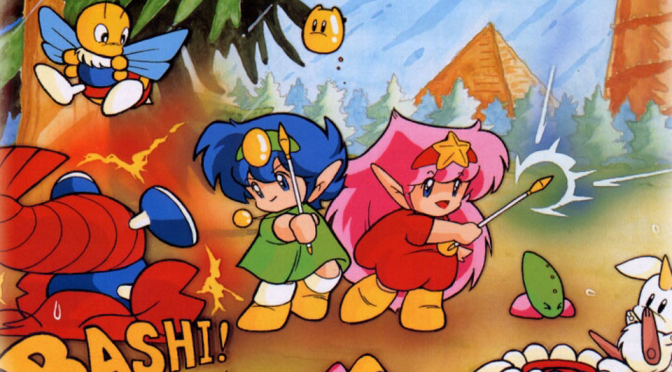 I have spent more time than is probably strictly necessary pondering who my first “video game waifu” was.

My initial reaction was that it was Sophia Hapgood from Indiana Jones and the Fate of Atlantis, and to be fair that would be an eminently solid choice for a first digital love. But I had a feeling there was someone special before that… but who?

Picking up a copy of puzzle game Soldam for Nintendo Switch, which I’ll be taking a more in-depth look at soon, reminded me that ah yes, it was Rit from Jaleco’s Rod Land.

END_OF_DOCUMENT_TOKEN_TO_BE_REPLACED

If you ever wanted to play a game that is clearly Inti Creates “at play”, Mighty Gunvolt Burst on Nintendo Switch and 3DS is emphatically the game for you.

Coming across as a rather wonderful attempt to fling everything at the wall and see what sticks, this NES-style, Mega Man-inspired romp features an impressive degree of customisation, plenty of variety — and, for some, represents an overall better experience than the divisive Mighty No. 9, despite being based around many of the same stages and bosses.

One thing’s for sure: it’s a ton of fun, and if you get a kick out of Inti Creates’ authentic but modern take on retro-style gameplay, you’re going to love this.

END_OF_DOCUMENT_TOKEN_TO_BE_REPLACED 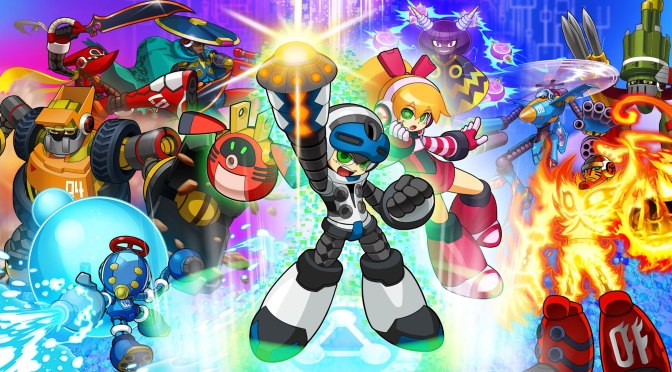 Mighty No. 9 is an interesting tale from 21st century gaming that has doubtless been very influential… though perhaps not in the way that was originally hoped for.

One of the earliest success stories of the crowdfunding boom in the early 2010s, the Kickstarter campaign for Mighty No. 9 promised something a lot of people were hungry for: a new Mega Man game in all but name. And oh boy, people were hungry for it; the campaign smashed through its initial $900,000 goal within days of its announcement, and the final total raised through crowdfunding cleared $4 million.

It was a game that should have gone down in gaming history. Instead, its lasting legacy was as an example of how not to manage a crowdfunding campaign, and a final product that had a somewhat mixed reception. But was it actually that bad?

END_OF_DOCUMENT_TOKEN_TO_BE_REPLACED

This month on MoeGamer, we’re taking a look at a group of games that are connected primarily through the developer that created them.

That developer is Inti Creates, a group formed by ex-Capcom staff in 1996. It’s a company that is much-beloved by its fans, but which has, over the years, tended to beaver away at things quietly in the background rather than becoming a real household name like some other more high-profile Japanese development outfits.

That’s a bit of a shame, so that’s what this month is all about; specifically, it’s about the company’s recent output, presenting a variety of modern-day takes on traditional side-scrollers from the 8- and 16-bit eras.

END_OF_DOCUMENT_TOKEN_TO_BE_REPLACED

While I was familiar with most of the other games in the Namco Museum collection for Switch, one that I hadn’t come across before was Sky Kid.

First released in 1985, Sky Kid is a horizontally scrolling shoot ’em up based on the company’s Pac-Land hardware introduced the previous year. Indeed, this fact is fairly obvious, as the two games have a similar aesthetic, and in a later mission there is even a billboard where Pac-Man in his Pac-Land incarnation (sporting arms and legs) makes a cameo appearance.

It’s the first of Namco’s games to support two players simultaneously, and aside from all that, it’s an entertaining, interesting take on the arcade shoot ’em up.

END_OF_DOCUMENT_TOKEN_TO_BE_REPLACED 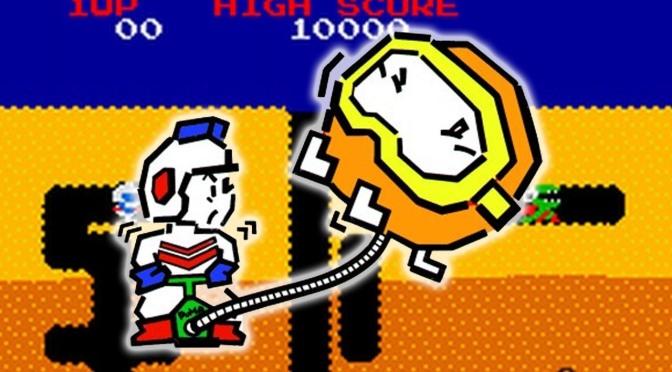 Dig Dug represents a type of game that doesn’t really exist any more, at least in its original form: what I shall refer to from hereon as “Dirt and Boulders” games.

The idea of a Dirt and Boulders game is that you dig through a bunch of dirt while trying to accomplish something, attempting not to get squashed by inconveniently placed boulders, and occasionally trying to use said boulders to your advantage.

END_OF_DOCUMENT_TOKEN_TO_BE_REPLACED 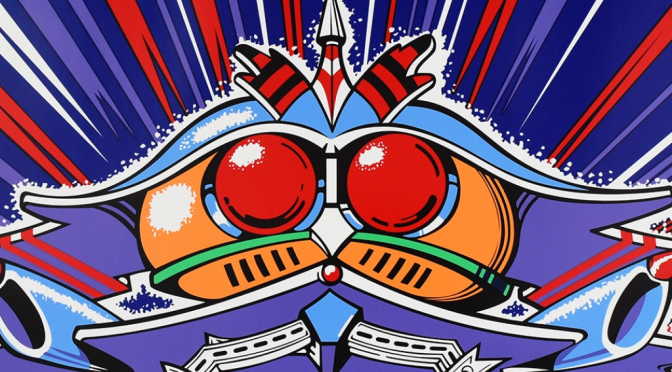 Some games are utterly timeless, remaining just as fun today as they were back on their original release.

Namco’s Galaga is definitely one of those games, though it’s also a title the company has taken great pains to keep “relevant” over the years with numerous re-releases, the most recent at the time of writing being as part of the Nintendo Switch version of Namco Museum. It even showed up as one of the company’s “loading screen games” in the PS1 era, putting in an appearance during the initial load time for the original Tekken.

It’s had a number of sequels and remakes since it first showed up in 1981, but there’s an endearing purity to the original that is hard to beat, making it a true classic from gaming’s early days.

END_OF_DOCUMENT_TOKEN_TO_BE_REPLACED 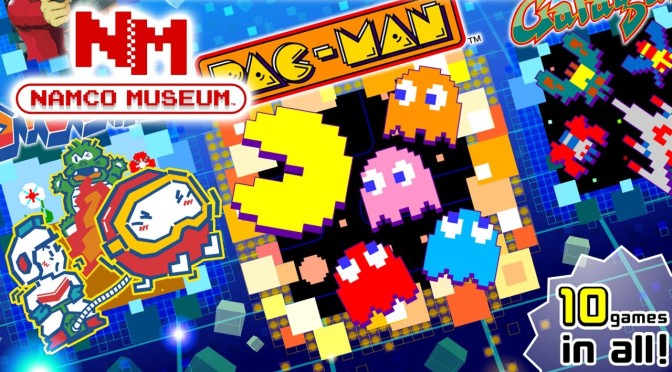 Interestingly, for a shiny modern piece of technology, one of the most appealing things about Nintendo’s Switch is the amount of retro gaming funtimes that can be had on the platform.

While at the time of writing the system is yet to launch a Virtual Console service similar to that found on its two predecessors the Wii and the Wii U, some of the disappointment over this is mitigated by the fact that the Switch eShop plays host to a wide variety of excellent arcade ports, including a number of wonderfully enjoyable (and monstrously difficult) Neo Geo games as well as the bundle package we’re concerned with here today.

Namco Museum is a compilation of 10 classic arcade titles from Namco that roughly correspond to the 8- and 16-bit eras of home video gaming, plus a new version of 2003’s Pac-Man Vs., which originally appeared on the Gamecube as a game that made use of the Game Boy Advance link cable for dual-screen asymmetrical multiplayer. There’s something here for everyone to enjoy!