It’s back to “A” again for the Atari ST series, and it’s another technically impressive title from Infogrames.

Alcatraz is the sequel to Hostages (or The Embassy Mission as it’s known in some territories on some platforms) and is very much a game built around two-player cooperative gameplay. So much so, in fact, that they didn’t really bother to make a proper single-player mode — when playing solo you have to take control of both “players” yourself!

It’s a cool-looking, atmospheric game… but if you’re going to give it a go for yourself I strongly recommend bringing a friend! 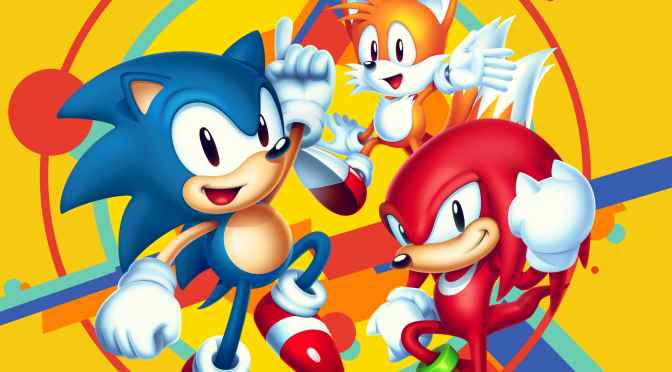 If one thing has become apparent over the course of exploring the complete Sonic the Hedgehog series, it’s that no-one seems to be able to agree on how to handle it “best”.

We have Sonic Team’s attempts to move the franchise forward with various gameplay styles, new narrative components and a somewhat coherent, consistent narrative that ties in with other forms of media. We have Sonic Lost World’s much-maligned but utterly joyful jaunt into Super Mario-esque territory. And we have probably the most disappointingly “mainstream” opinion: that “Sonic hasn’t been good since the Mega Drive”.

Among other things, the perhaps vain hope of shutting this latter group up is the reason Sonic Mania exists.

END_OF_DOCUMENT_TOKEN_TO_BE_REPLACED

It’s a double feature today, as the two games in question were bundled together as Sega Ages 2500 Vol. 6 on PlayStation 2 in Japan, and indeed remain as a single “unit” in the Sega Classics Collection we got here in the West.

Bonanza Bros is a staple inclusion in most people’s Mega Drive libraries — indeed, it’s tended to find its way into most of the Mega Drive compilations for subsequent consoles over the years, too — but Tant-R may well be new to you, since prior to the Sega Classics Collection release it was Japan-exclusive.

The Sega Ages versions of both games don’t radically reinvent anything to the same degree as Tamsoft’s take on Monaco GP, but they remain solid games in their own right. So let’s take a closer look.

END_OF_DOCUMENT_TOKEN_TO_BE_REPLACED

Proper “spy games” are something I don’t feel like we see a lot of any more, perhaps since fascination with the concept waned somewhat with the end of the Cold War.

That said, there are tons of awesome “spy games” from back in the day that we can still enjoy, and Rolling Thunder, a 1986 arcade game from Namco, included on the Nintendo Switch version of Namco Museum, is a great example.