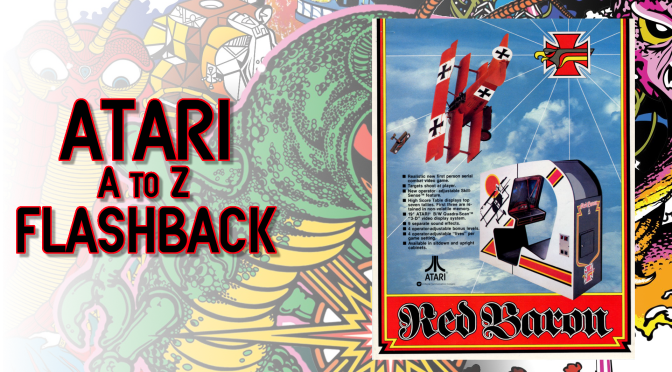 Chocks away, tally-ho and all that! It’s time for Red Baron!

A contemporary of the rather more well-known and successful Battlezone, Red Baron sees players taking to the skies in a World War I biplane and challenging an endless variety of enemy pilots, blimps and ground targets to aerial combat.

This is an underappreciated gem from Atari’s back catalogue, so while it may not have been a bit success back in the day, it’s well worth playing today! 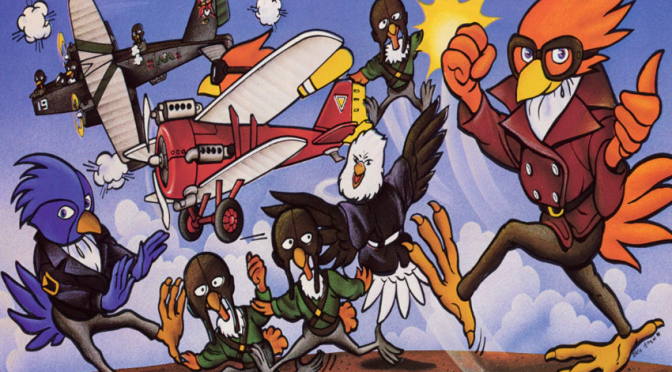 While I was familiar with most of the other games in the Namco Museum collection for Switch, one that I hadn’t come across before was Sky Kid.

First released in 1985, Sky Kid is a horizontally scrolling shoot ’em up based on the company’s Pac-Land hardware introduced the previous year. Indeed, this fact is fairly obvious, as the two games have a similar aesthetic, and in a later mission there is even a billboard where Pac-Man in his Pac-Land incarnation (sporting arms and legs) makes a cameo appearance.

It’s the first of Namco’s games to support two players simultaneously, and aside from all that, it’s an entertaining, interesting take on the arcade shoot ’em up.