Hello everyone, and I hope you’re all still surviving during these strange times in the world.

As you’ve seen, I’m just continuing to beaver away on stuff here just as I’ve always done, so it’s business as usual here on MoeGamer. I hope I’m at least providing some entertaining and informative reads and watches to take your mind off things right now!

Let’s check out what you might have missed in the last week or so.

END_OF_DOCUMENT_TOKEN_TO_BE_REPLACED

Death end re;Quest, in keeping with the rest of Compile Heart’s Galapagos RPG project, is an ambitious and rather unusual affair from a narrative perspective.

The setup for the game is pure isekai, but almost immediately after actually starting the game for the first time, you’ll come to realise that there’s much more going on here — a really interesting blend of genres and styles that makes good use of its medium to tell a story and raise some intriguing questions.

END_OF_DOCUMENT_TOKEN_TO_BE_REPLACED

And so another week draws to a close and we all slide inexorably onwards towards our inevitable deaths.

We may as well enjoy the intervening days, weeks, months and years then! This month I’ve been doing just that with a fine selection of SNK shoot ’em ups plus my continuing adventures in the world of Death end re;Quest.

Let’s take a look at what you might have missed.

END_OF_DOCUMENT_TOKEN_TO_BE_REPLACED

There’s a lot of hoo-hah about “representation” in games right now from various sources, tending to lead to arguments between people who don’t think it matters and people who think it is more important than absolutely anything in the whole wide world.

For the most part, I tend to stay out of these discussions because I have no particularly strong feelings one way or the other and I’m not going to just sit here and hollowly say “the right thing” for Internet brownie points. For me, it’s always cool to see characters who are a bit “different from the norm” in various ways, yes, but it’s not something I specifically find myself seeking out. Unless you count generally favouring Japanese games with female protagonists or at least leading cast members, in which case… uh… well, look at the stuff I’ve covered on this site over the course of the last few years. Hmm, maybe I care about it more than I think.

Anyway, all that said, it’s nice when you feel some sort of connection to a character depicted in a piece of media. Even if it’s just in one small way…

END_OF_DOCUMENT_TOKEN_TO_BE_REPLACED 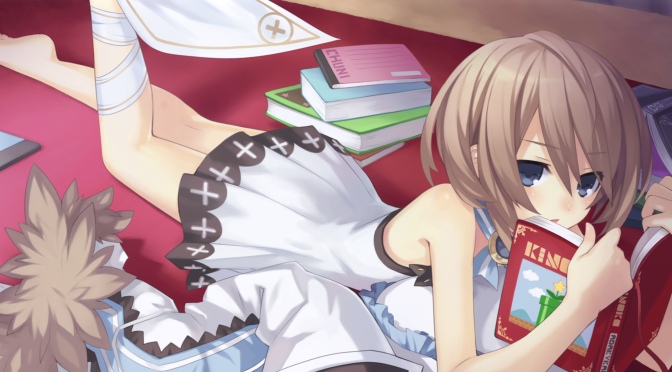 It’s Waifu Wednesday, and a popular request over the last few weeks of Neptunia-themed Waifu Wednesdays has been Lowee’s goddess Blanc. So this week I’m granting that wish!

Blanc is quite a contrast to the other goddesses of Gamindustri in quite a few ways, but she’s a popular character in her own right — and, like Noire and Vert, is an excellent personification of the company she is supposed to represent.

Hailing from the magical, wintery land of Lowee, Blanc personifies Nintendo, both as a representation of the company’s hardware from the Wii era onwards, and a number of aspects of the company from over the years.

END_OF_DOCUMENT_TOKEN_TO_BE_REPLACED 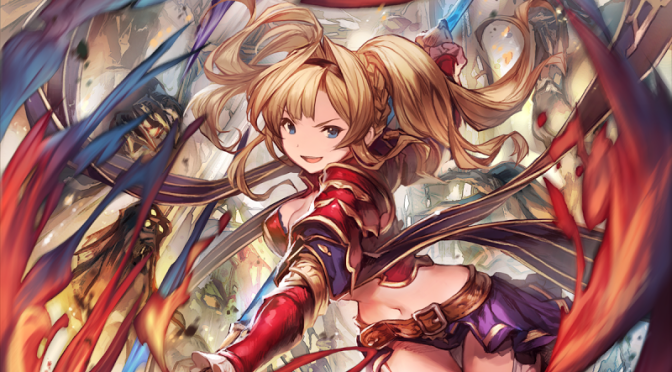 Japanese mobile-social gacha-based RPGs — or “mobages” as they’re colloquially known today, after the social network many of them are hosted on — were originally described when they first appeared as “card battle” games.

Looking at Cygames’ previous title Rage of Bahamut, it’s easy to understand why. Everything about the game had the feel of a collectible card game about it, from the simplistic battle system (which primarily consisted of ensuring your numbers were bigger than the enemy’s) to the fact that the main incentive to collect all the available units (through blind draws) was to see the beautiful artwork. About the only thing missing was the ability to actually trade “cards” with other players.

In recent years, while the basic structure of these games has remained similar — draw cards, level them up, upgrade them to higher rarity versions, challenge more and more difficult content — there’s been a noticeable shift away from the “card game” feel in favour of something a lot more interesting. And Granblue Fantasy is a particularly good example of this evolution.