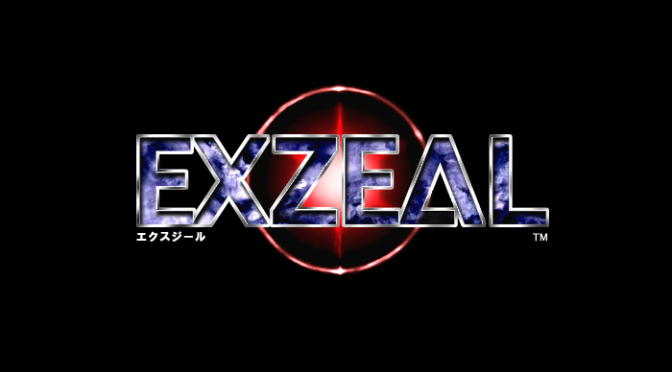 Triangle Service is not exactly what you’d call a household name in the shoot ’em up sector, but over the years they’ve been quietly beavering away to produce some enjoyable, addictive games.

Probably their most well-known output is their Zeal series, which consists of XIIZeal (actually a port of a PS2-era shoot ’em up called XII Stag), ΔZeal (pronounced “Deltazeal”, not “Trianglezeal”, as I referred to it for a long time), Trizeal and Exzeal — but you may also have stumbled across their more unusual titles such as Shmups Skills Test and Minus Zero at some point in the past.

Today we’re going to take a look at Exzeal, released for Xbox 360 as part of the Shooting Love. 200X compilation (which, pro-tip, is not region-free in its physical incarnation, unlike many other Xbox 360 shmups — including its stablemate Shooting Love. 10-shuunen) and subsequently for PC via Steam.

END_OF_DOCUMENT_TOKEN_TO_BE_REPLACED

Last time in our exploration of Degica’s Visual Novel Maker, we looked at how you can create your own custom characters to form the cast for your next masterpiece.
Today we’re going to look at something a little more mundane but just as important to the overall experience of your game: the user interface. Specifically, we’re going to take a look at some ways in which you can customise the way it looks and feels.

This is one of those steps you can quite easily skip when putting something together in a package like Visual Novel Maker, but using something other than the default UI not only helps your game look more polished, it gives you a greater feeling of ownership over the whole experience — so do consider taking a few of these steps on your next project!

Note: This post has been updated with some helpful advice from Archeia, a member of the VNMaker team. Please give it another read even if you’ve already looked it over!

END_OF_DOCUMENT_TOKEN_TO_BE_REPLACED

Last time, we looked at how to get up and running with Visual Novel Maker as soon as possible using its built-in assets and template project.

Today we’re going to take a look at how you can use your own assets to create something unique to you! Because built-in assets are all well and good — and Visual Novel Maker certainly has some lovely default artwork and character designs — but if you’re serious about getting creative, you’ll want to take control of as much about your work as possible.

That means, among other things, creating your own characters with which to tell your story. So let’s take a look at that today!

END_OF_DOCUMENT_TOKEN_TO_BE_REPLACED Now that we’ve had a whistle-stop tour of Visual Novel Maker’s main features, it’s time to delve into how it all works.

Today we’ll be taking a look at how you can get started with the application using its built-in resources. In subsequent articles we’ll look at importing custom resources and creating new characters, but for today we’ll primarily be focusing on the core functions of the program, getting a playable game up and running as soon as possible.

Let’s dive right in, then!

END_OF_DOCUMENT_TOKEN_TO_BE_REPLACED

Over the course of several upcoming articles, we’re going to be taking an in-depth look at Degica’s Visual Novel Maker, a new addition to the lineup of game creation software available for home computers.

At the time of writing, the software isn’t yet on sale and I’ve only just started spending some time with it, but I wanted to take the opportunity to give a high-level overview of what the software is, what it’s capable of and what to expect from it. In the subsequent articles, we’ll take a more in-depth look at its various aspects and how to accomplish things with it.

For now, enjoy the tour, and get thinking of some ideas for your next bestseller!

END_OF_DOCUMENT_TOKEN_TO_BE_REPLACED

As we’ve already established, Qute’s Eschatos is an absolutely fabulous shoot ’em up that every fan of the genre should have in their collection.

Its predecessors are still very worthwhile games in their own right, too; while technologically rather more primitive than the 60fps cinematic polygonal action of Eschatos, their 2D pixel art and chiptune soundtracks have a great deal of charm to them — and, most importantly, they’re damn fun to play.

Today I wanted to particularly look at Cardinal Sins, one of the two games that eventually begat Eschatos. Technically a freeware spinoff of Eschatos’ true predecessor Judgement Silversword, Cardinal Sins is arguably the most interesting of the two games, for reasons that will become apparent.

END_OF_DOCUMENT_TOKEN_TO_BE_REPLACED

Although it’s been rather quiet for a while, the Japanese company Cave has long been known as one of the best developers of modern shoot ’em ups out there.

With most of their titles falling into the danmaku (“bullet hell”) subgenre, their titles have a reputation for being challenging and punishing but highly polished, combining solid mechanics with absolutely beautiful presentation and a delightful blend of “old and new”.

Deathsmiles is one of the company’s most well-regarded recent works, and is a great example of what “frantic shooting” is all about — not to mention a fine showcase for Cave’s mastery of game mechanics that go far beyond simply “shoot everything and don’t die”.

END_OF_DOCUMENT_TOKEN_TO_BE_REPLACED

A common criticism of arcade-style shoot ’em ups by people who don’t understand that the main “point” of them is to replay them over and over for high scores is that they’re “too short” or “don’t have enough content”.

This is one criticism that most certainly cannot be levelled at Dariusburst Chronicle Saviours, the most recent installment in the long-running shmup series. Featuring a full port of the super-widescreen 32:9 arcade version of Dariusburst Another Chronicle EX — including its 3,000+ stage “Chronicle Mode”, which is communally unlocked by players from all over the world — as well as an all-original 200+ stage “Chronicle Saviours” (usually shortened to just “CS”) mode designed specifically for 16:9 displays and a single player, Dariusburst Chronicle Saviours most certainly isn’t a game you can accuse of being “over in 20 minutes”.

It’s also one of the most expensive shoot ’em ups available in the modern market, even compared to the relatively premium prices that Cave’s back catalogue has historically commanded. But is it worth splashing out on? Spoiler: yes; but read on if you’d like to know more.

END_OF_DOCUMENT_TOKEN_TO_BE_REPLACED 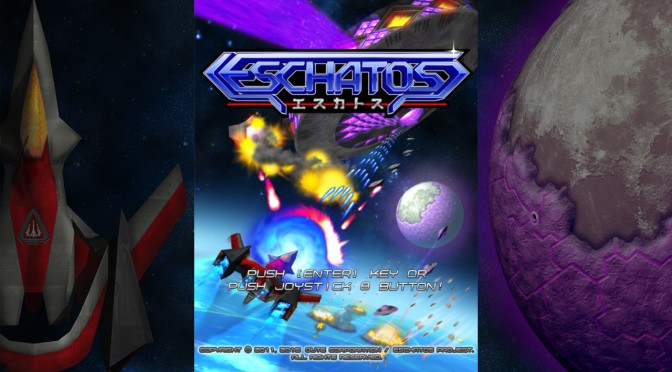 Sometimes a game doesn’t need to do anything especially new to be a great experience. Sometimes it just has to do what it does really, really well.

Qute’s Eschatos, originally released only in Japan for Xbox 360, then subsequently ported to PC by Degica, very much falls into this category. On paper, it’s an incredibly conventional vertically scrolling shoot ’em up.

When you play it, however, you’ll realise that it’s something really rather special: a shoot ’em up that is both accessible to newcomers and challenging to veterans, and a game that manages to impart a strong sense of “narrative” and progression to its overall experience despite not really having a plot to speak of.

END_OF_DOCUMENT_TOKEN_TO_BE_REPLACED

So you’ve got your basic game up and running, and now you want to add more to it? Great!

Aside from the other Event Commands available straight out of the box, most of which are relatively self-explanatory, the biggest addition to RPG Maker MV is the Plugins system.

Previous versions of RPG Maker from XP onwards have included various means of extending the basic engine’s functionality through scripting, but RPG Maker MV makes this enormously flexible aspect of the software more accessible and straightforward to use than ever before.

So let’s take a look at what plugins can do for us!