Happy weekend! And happy holidays to me!

Yes, for the next week I’m officially on holiday from the day job, and the wife and I are taking a nice trip to Center Parcs to rest, relax and possibly look at some owls. In the meantime, though, I have some videos queued up to post over on YouTube over the course of the next week, and I’m going to get at least some articles written while I’m away.

But we’re getting ahead of ourselves, aren’t we? Let’s see what you might have missed in the last week or so!

END_OF_DOCUMENT_TOKEN_TO_BE_REPLACED

Hello there everyone! It’s the end of another week, and Monday is looming. Boo, hiss. But after this week I have two weeks off from the day job, yaaaay!

The time off is something of a “staycation” while my wife goes off gallivanting to sunny Nottingham with her Final Fantasy XIV friends, so there will be plenty happening around here and over on YouTube during those weeks. I’m looking forward to getting well ahead of schedule on video series and having plenty of time to prep for all manner of written features on here.

Plus… I have a very special announcement, but you’ll have to wait until tomorrow to find out what that is. Oooh, teaser. Anyway, let’s see what you might have missed this week.

END_OF_DOCUMENT_TOKEN_TO_BE_REPLACED

In making the jump from the handheld PlayStation Vita to the much more powerful PlayStation 4, Gravity Rush 2 ups the ante from the original considerably in terms of scale, scope and ambition.

While the first game, in some ways, felt somewhat like a proof of concept — admittedly an enormously enjoyable, playable and compelling proof of concept — it’s Gravity Rush 2 where it truly feels like the series has truly hit its stride, both in terms of mechanics and narrative.

What’s rather impressive about it more than anything else, though, is that despite releasing five years after its predecessor, it’s clear that there has been a solid plan in place from the very beginning, making this sequel not only an excellent game in its own right, but a fantastic follow-up that is immensely satisfying for fans of the original who wanted answers to its unresolved questions.

END_OF_DOCUMENT_TOKEN_TO_BE_REPLACED

Sega’s Mega Drive console — or the Genesis to those of you in the States — was a wonderful machine.

In many ways, it started the process of making gaming “cool”, and laid the groundwork for Sony’s solid efforts to make our whole form of entertainment a lot more mainstream with the first PlayStation. But more importantly, it played host to a wide variety of absolutely fantastic games.

One such title was Game Arts’ Alisia Dragoon, an unusual action game that combines elements of disparate genres to produce an extremely memorable, enjoyable and addictive game that still holds up well today.

END_OF_DOCUMENT_TOKEN_TO_BE_REPLACED

The original Gravity Rush was an important release for Sony’s Vita handheld: it was a high-profile, first-party release, which the system has not, to date, seen all that many of, and is unlikely to see any more.

It was positively received at the time of its original release by press and public alike, but Sony’s consistently poor marketing of the platform — coupled with a general sense of apathy by the more “mainstream” parts of the gaming community — meant that it passed a lot of people by.

And that’s a great shame, as it was an excellent game. Thankfully, Bluepoint Games managed to give it a second chance on the much more popular and widespread PlayStation 4 in the form of enhanced port Gravity Rush Remastered, so a whole new audience can discover the joy of swooping around Hekseville.

END_OF_DOCUMENT_TOKEN_TO_BE_REPLACED

One of the most distinctive aspects of the Gravity Rush series is its aesthetic.

As we noted last time, director Keiichiro Toyama’s desire was to create a game that, while still recognisably Japanese, incorporated elements from other locales in order to create something that, in theory, would be universally appealing across the world. The Western influences he chose to focus on were the Franco-Belgian artists of the bandes dessinées tradition.

The Franco-Belgian influence is particularly apparent in the first installment, while the second, in keeping with its much larger scope, draws more broadly on influences from across Europe. Let’s take a look at the specifics of how Gravity Rush got its distinctive look and feel, starting with a bit of background on Toyama’s main influence from Franco-Belgian comic books: an artist named Jean Giraud, better known to some as Mœbius or Gir.

END_OF_DOCUMENT_TOKEN_TO_BE_REPLACED

We’re going retro this time around, with a classic from the early days of Sega’s 16-bit console, the Mega Drive.

The heyday of Techno Soft’s Thunder Force series was arguably around its visually spectacular third and fourth installments, both of which were often used by many proud Mega Drive owners as showcases of their system’s audio-visual capabilities, but the second installment — a launch title for the Genesis in the States — is an interesting game in its own right, mostly because it’s quite different from its better-known successors.

We may not have seen a new Thunder Force game since 2008’s PlayStation 2 release of Thunder Force VI, but the series as a whole remains extremely solid to this day, and one well worth checking out if you’re a dedicated shmup fan.

END_OF_DOCUMENT_TOKEN_TO_BE_REPLACED

Original written content on this site is copyright © 2014-2019 Pete Davison. All rights reserved. 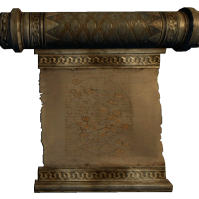 This is art, not real life.

Just a mum bloging about gaming related things and mum stuff thrown in. Maybe a bit of oddities to keep it fresh

If you love ecchi, you’ve come to the right place!

Before The Clock Strikes 12
The Way I Game

"Find Johnson's photo for him, earn some smokes... how hard could it be?"