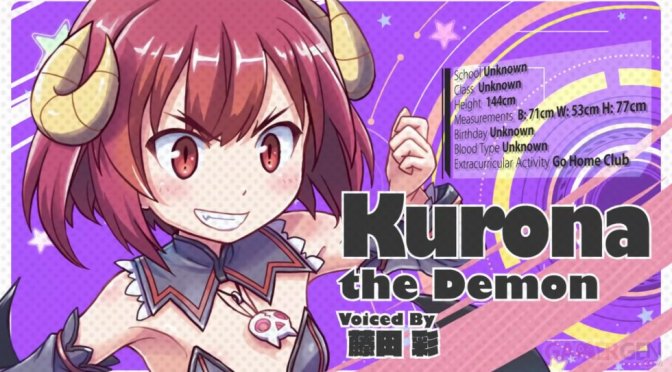 We’re about to kick off a month of Gal*Gun 2 funtimes… so what better time to celebrate one HELL of a girl?

Kurona is the antagonist in both Gal*Gun Double Peace and Gal*Gun 2, and a favourite waifu of Matt Papa from developer Inti Creates. It’s not hard to figure out why people find her so appealing… but it’s also interesting to note that she undergoes some fun development between the events of Double Peace and its sequel.

Without further ado, then, let’s say HELL-o to this red-headed wild child. DEATH.

Kurona is very much in keeping with the overall tone of Gal*Gun as a whole. Despite technically being “the villain”, there aren’t that many things she does that can truly, honestly described as “evil”. I mean, sure, she does brainwash a bunch of people and summon some slobbering monsters to capture the main heroines (and a few side characters) with the suggestion that Houdai failing to defeat them will result in some fairly horrifying tentacular sexual assault, but… y’know… it’s just a prank, bro.

Okay, Kurona is a dick and does things that no-one in their right mind would do, but she is a demon and thus has something of an image to maintain — an image that she struggles with a bit, as it happens. Throughout Double Peace she wants so, so desperately to be taken seriously as a threat, but partway through several of the narrative paths ends up crying like a little girl due to her frustration at the situation in which she finds herself.

It transpires that Kurona is causing trouble in the human world as a sort of “make-up test” for her failures in the demonic academy, but her plans continually being foiled by Houdai and Ekoro result in her getting further and further away from her goal. And it’s strongly implied that if she fails this test, she will be in for a particularly horrifying punishment once she gets back to Hell. One of the most delightful parts of Double Peace unfolds as Houdai and Ekoro actually end up helping Kurona pull off a few “safe” pranks to help her pass her test without causing too much further inconvenience for everyone.

In Gal*Gun 2, meanwhile, it’s clear that a slightly older Kurona has got her life “back on track” somewhat (for a demon, anyway) and has somewhat better control over her powers. She’s still a trickster more than someone truly “evil” as such, but she pulls her pranks with much greater confidence in herself, and often with backup plans in place should Gal*Gun 2’s unnamed protagonist come along to interfere with corporate wage slave angel Risu in tow.

She seems more knowledgeable about the demon world, too — though it’s revealed at some points throughout Gal*Gun 2’s story that she just makes things up sometimes in order to have a good laugh at the expense of the rest of the cast. Once can never be quite sure how much truth is in the things she says — though through her behaviour we do get a decent feel for how demonic society in general works.

Much of Kurona’s appeal comes from the fact that she just doesn’t really seem capable of actually hurting anyone; she just wants to cause mischief. She seems to genuinely enjoy herself when she’s pulling pranks or cracking jokes at the expense of others — and while in Gal*Gun 2 in particular she’s pretty remorseless about the things she does, it’s still hard to think of her as anything more than a nuisance rather than something to be feared. 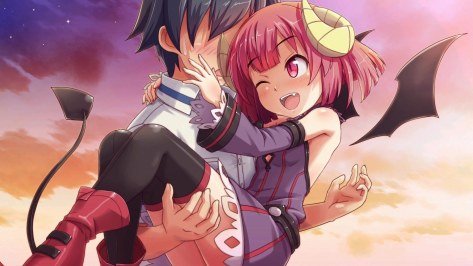 The narratives of Double Peace and its sequel concern how neither angels or demons are completely “infallible” in their ideologies and behaviour, and Kurona is a great example of this. While depictions of demons in some anime, manga and games show them to be powerful, terrifying and violent monstrosities, here the main antagonist is just a slightly irritating little girl causing trouble around the school.

Kurona’s personality comes across in a number of different ways. Firstly, there’s simply her aforementioned behaviour; much as Satania from the anime series Gabriel Dropout is adorably incompetent and just generally bad at being what we’d typically think of as a “demon”, so too is Kurona pretty bad at her “job”. The original Gal*Gun predates Gabriel Dropout’s first appearance as a manga by a couple of years, but Kurona first appeared in Double Peace after the world’s first encounter with Satania. Did the two draw any influence from one another? Perhaps, though it’s hard to say with certainty; regardless, it’s a popular trope with good reason — it makes for good comedy.

Alongside that, there’s her verbal tic and punning. In Japanese, she would conclude pretty much all her sentences with the English word “death” instead of the more common “desu”, because when spoken using the Japanese syllabary the two sound quite similar. Obviously given the different structure of the two languages, this was impossible to localise accurately into English, so her habit of dropping the word “HELL” into as many sentences as possible was born. Recognise both aspects and you have an accurate picture of how Kurona talks; in Gal*Gun 2 the former aspect is further emphasised by her “mini-Kurona” minions floating around and saying nothing but “death, death, death” in an adorably cute voice. 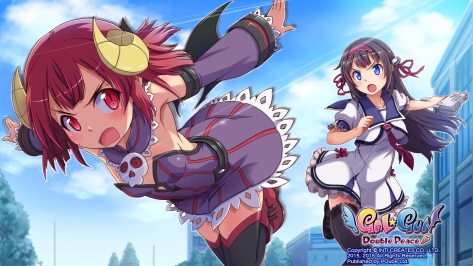 Why “death”? Well, it’s a common character trope in Japanese popular media (particularly that which involves voice acting) to have cute or otherwise appealing characters overuse the word “desu” at the end of sentences; for those less familiar with Japanese grammar, “desu” basically means “to be”, which means it’s quite a commonly used verb, but not at all necessary in some sentences, so its overuse in inappropriate contexts stands out if you know what to listen for. Since, as previously noted, a Japanese person attempting to say “death” in English comes out sounding rather like “desu”, it was a natural choice. Kurona is cute, but she’s also a dickhead, so… well, DEATH.

So there you have it. Kurona is a real highlight of the Gal*Gun experience, and it’s a delight to have her back in Gal*Gun 2. And in the coming weeks, we’ll be exploring her new adventures in a lot more detail, so please look forward to that!

In the meantime, have a HELL of a good evening. (And if you’re an artist, please consider drawing some Kurona fanart; there’s not nearly enough of it out there!)