Since we’re moving on to Atelier Ayesha: The Alchemist of Dusk later this week, it is, of course, time to appreciate its wonderful protagonist.

The Dusk trilogy of games in the Atelier series has a markedly different feel and atmosphere to the colourful exuberance of the Arland games that immediately precede it. It’s an altogether more melancholy, pensive affair, as this time around we’re looking at a world in which all is most certainly not well.

Thankfully the world of Dusk being on the road to possible ruin doesn’t stop it from featuring some of the most beautiful girls in all of Gust’s history — with one of the most striking examples being our new lead Ayesha. Let’s take a closer look.

END_OF_DOCUMENT_TOKEN_TO_BE_REPLACED

It’s easy to work on the mistaken assumption that, these days, super-cute female characters are the exclusive preserve of Asian developers, while Western developers prefer the more “gritty, realistic” angle.

That, however, is emphatically not the case, as WayForward demonstrates on a fairly regular basis. Not only do they have the wonderful Shantae and her friends in their portfolio, but they also have the cast of the delightful puzzle-platformer series Mighty Switch Force! to draw upon.

Today we’re going to take a look at the lead from that series, one Patricia Wagon. Stop, in the name of the law!

END_OF_DOCUMENT_TOKEN_TO_BE_REPLACED

Okay, okay, Amelia isn’t a game character, but the majority of her streams since her debut for Hololive English have been video game-related, so she totally counts. Plus in terms of design and concept I think she’s one of the most interesting English Hololive girls, and I want to talk about that while it’s still a hot topic.

Introduced to the world through probably the most chaotic of the group’s debut streams, and subsequently capturing the hearts of many through her knowledgeable, enthusiastic, occasionally endearingly incompetent and consistently comfortable broadcasts, Amelia, in many ways, feels like something of a “hub” around which the rest of Hololive English has been built — whether this was intentional or not.

But there are some aspects to her design that run a little deeper than just “cute girl plays video games”. So let’s take a closer look — as well as appreciating some of the recent fanart from creators around the globe!

END_OF_DOCUMENT_TOKEN_TO_BE_REPLACED

We tend to think of the world of video game protagonists being a boys’ club until Lara Croft came along in 1996… but female protagonists have been around for quite a while longer than that.

1987, for example, gave the world Alis Landale, protagonist of Sega’s first Phantasy Star game. Alis wasn’t a damsel in distress, she wasn’t a secondary character, she wasn’t a love interest — she was the lead. She had a mission, and she was damn well going to make sure she carried it out, come hell, high water or Dark Falz.

Being the protagonist of a 1980s 8-bit role-playing game, we don’t really learn a lot about Alis the person within the game of Phantasy Star itself. We can, however, look at the context in which she appeared, and the various ways she was presented. So let’s do that!

END_OF_DOCUMENT_TOKEN_TO_BE_REPLACED

With the visual novels of the decade and the games of the decade out of the way, it’s time to focus on the really important matters: who was the Best Girl of the games I played and covered here on MoeGamer in 2019?

Everyone’s definition of Best Girl is, of course, very different, so I will preface this with the usual disclaimer that this is solely my opinion, and you are free to share your own personal Best Girl 2019 in the comments. In fact, I’d welcome it! I always love to hear why particular characters are important to people; it makes for some great stories.

Anyway, there were definitely a lot of contenders for the title this year, what with the vast majority of the games I explored having predominantly female casts. But by my own self-imposed rules, I have to pick one…

END_OF_DOCUMENT_TOKEN_TO_BE_REPLACED 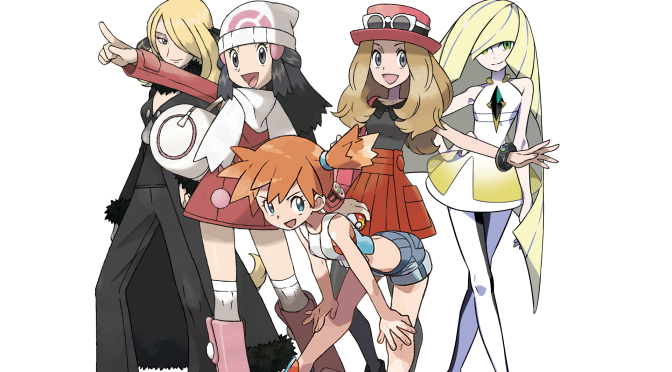 Pokémon Sword and Shield are out this coming Friday, and you can look forward to some in-depth coverage here on MoeGamer once we’re done with Bullet Girls Phantasia.

I’ve not been huge on Pokémon over the years, but one thing I’ve always appreciated about it is its character designs. And particularly the wide variety of very lovely female characters who appear in the various installments, both as player avatars and characters that you encounter in your various adventures.

So, then, following on from Pokégirls Vol. 1, I present to you a second collection of Pokémon cuties, as selected by friends and acquaintances who know more about this sort of thing than I do!

END_OF_DOCUMENT_TOKEN_TO_BE_REPLACED

I thought I’d go classic for this week’s Waifu Wednesday.

I’ll freely admit that it’s been a very long time — far too long, in fact — since I played Lunar: Silver Star Story Complete on PS1, but back when I did play it for the first time, I fell in love. Several times. With the game, with its setting, with Working Designs’ localisation… and with Jessica.

END_OF_DOCUMENT_TOKEN_TO_BE_REPLACED 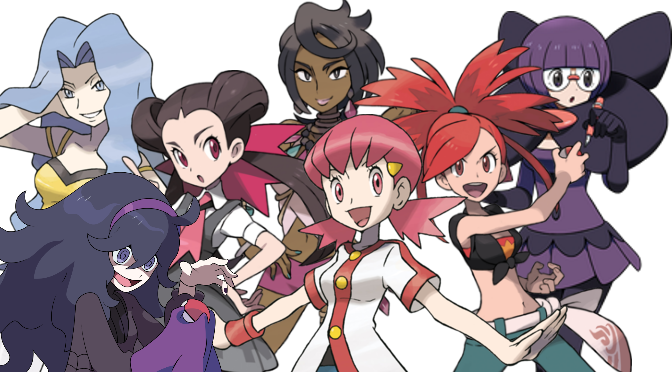 With Nintendo’s recent showing of Pokémon Sword and Shield at E3, I thought today would be a fine time to celebrate an aspect of the series that I’m rather fond of.

It’s not the variety of new Pokémon to catch in each new installment. It’s not the new world to explore. It’s not the prospect of battling and trading in an attempt to assemble an invincible fighting team.

It is, of course, the fact that Pokémon as a series is absolutely overflowing with cute girls. And as a relative latecomer to the series (Moon was the first I really played seriously), clearly I have some catching up to do in this regard… so I asked my good friend and podcasting partner Chris who were some of his favourites. Let’s explore them together in no particular order!

END_OF_DOCUMENT_TOKEN_TO_BE_REPLACED 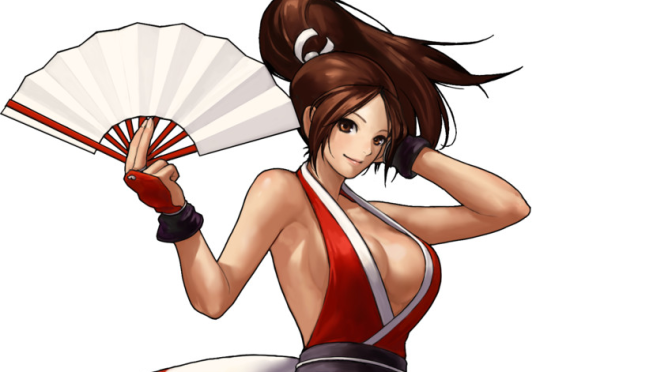 Sometimes it can be a challenge to find detailed information and fanart for Waifu Wednesday articles. I have not had that problem today.

Yes, after discovering the fun that is SNK Heroines, I thought I’d devote today to probably SNK’s most widely recognised heroine, Mai Shiranui.

It turned out that despite her being a very familiar figure to me in terms of visual design, I didn’t know a whole lot about her. So let’s take a little journey together!