While Psikyo could have easily stuck to being a heavily armed one-trick pony with the success and popularity of Strikers 1945 and its two sequels, the company decided to branch out and get a bit experimental in a number of its games.

A particularly potent example of this comes in the form of 1996’s Sol Divide, an unusual and underappreciated game that does things very differently from many other shooters out there — particularly its contemporaries from its time of original release.

Does “experimental” equate to “worth checking out for more than five minutes out of curiosity”, though? Let’s take a closer look, since like many of its stablemates, you can enjoy it as part of the Psikyo Shooting Stars Alpha collection on Nintendo Switch.

END_OF_DOCUMENT_TOKEN_TO_BE_REPLACED

Last time, we talked a bit about how Atelier Iris: Eternal Mana is a lot more of a “traditional RPG” than many of its stablemates in the rest of the series as a whole.

We looked in particular at how the game’s combat and progression mechanics are based on the conventions of turn-based, menu-driven console RPGs, but how it adds a few twists onto that formula — with an appropriate emphasis on item usage and alchemy.

Today we’re going to explore the overall game structure and presentation a bit further, with a particular eye on how protagonist Klein and his companions can explore their world over the course of their adventure as a whole. Let’s jump in!

END_OF_DOCUMENT_TOKEN_TO_BE_REPLACED

With apologies to Senran Kagura Peach Ball for shamelessly stealing its Dad joke-tier ninja pun, it’s time to look at another in Sega’s excellent Sega Ages series for Nintendo Switch.

This time around, it’s 1987’s Shinobi, an important game from the relatively early days of Sega’s video gaming portfolio, and a title that doesn’t seem to get talked about all that often these days.

Hailing from the height of the “ninja boom” of the 1980s — a popular culture phenomenon that is regarded to have kicked off with Menahem Golan’s 1981 movie Enter the Ninja — Shinobi remains a solid, challenging game today, and well worth revisiting.

END_OF_DOCUMENT_TOKEN_TO_BE_REPLACED 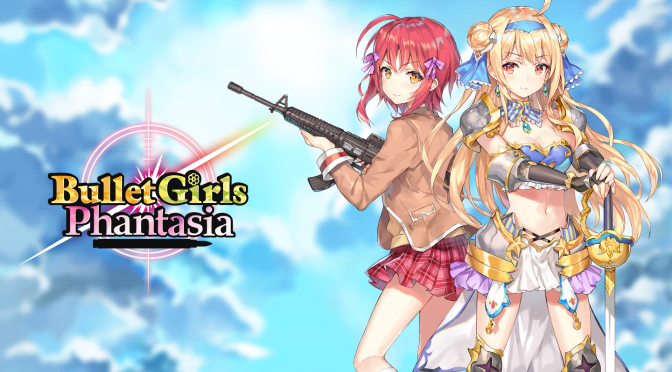 When I started this Cover Game feature, I figured that these two games by Shade would be fairly similar to one another.

After all, they’re both third-person shooters featuring cute girls and a certain amount of fanservice to enjoy. Taking games with what I assumed to be a similar “feel” to them as a guideline, I estimated that they’d both be reasonably short affairs that I could romp through quickly.

After 45 hours of pursuing all of Gun Gun Pixies’ endings, I realised that I might have been wrong. After starting the rather more mechanics-centric Bullet Girls Phantasia, I confirmed that yes, indeed, I was very wrong. And, as such, because I want to do a proper job of this… it’s going to take a few articles to do the latter justice. So let’s begin today with a look at how it plays.

END_OF_DOCUMENT_TOKEN_TO_BE_REPLACED

Remember Columns? Remember how we talked about how chilled out it was, and how it didn’t want to stress you out? Yeah, you can forget all that with its direct follow-up.

Columns II is an example of an approach to sequels that was popular for a short while in the late ’80s and early ’90s: the provision of an experience clearly geared towards expert players, and a distinct case of “the same, but more so, and way harder“.

While Columns wanted everyone to relax and have a fun old time matching coloured gems, Columns II does everything in its power to stress you out at every opportunity. And I both love it and hate it for that!

END_OF_DOCUMENT_TOKEN_TO_BE_REPLACED

One of the most interesting things about Death end re;Quest is the fact that it gradually evolves over the course of its duration, with new mechanics and structural elements being continually introduced throughout the first distinct “part” of the game.

Today we’re going to take a look at part of the game’s overall mechanics and structure: specifically, the part of the experience that allows you to explore and advance the overall story. We won’t be discussing the narrative itself today — just how it’s presented and how the game hangs together.

It’s one of Compile Heart’s most interesting games, even before you’ve unlocked everything — so let’s take a closer look at one of its coolest aspects.

END_OF_DOCUMENT_TOKEN_TO_BE_REPLACED

When we’re talking about conventional games — particularly today’s games — it’s important to consider them from a wide variety of perspectives.

Typically, we look at a game from several different angles: the way it’s presented through its sights and sounds; the way it plays through its mechanics; and, where applicable, how it handles its story.

When contemplating visual novels, the balance tends to be a little different. We tend to up the focus on narrative considerably, and in many cases mechanics don’t enter the picture at all — many visual novels simply don’t have any! That is, unless you’re 428: Shibuya Scramble, in which case your narrative and mechanics combine together to produce something exceedingly interesting…