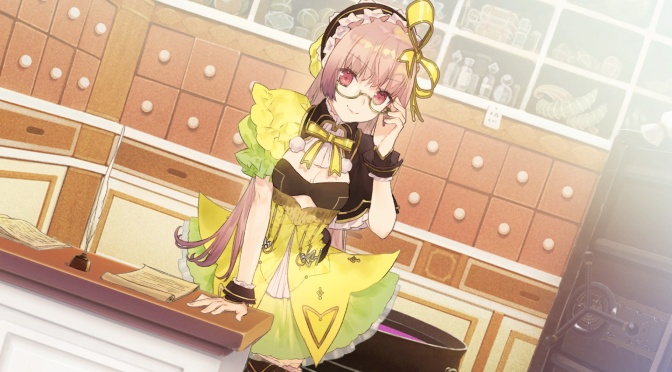 One of the things that becomes clear shortly after you start playing Atelier Lydie & Suelle: The Alchemists and the Mysterious Paintings is the fact that the game, as a whole, is deliberately a lot more focused than its immediate predecessor.

We touched on the basic ways in which this is achieved in the previous chapter, but now it’s time to take a closer look at how the game as a whole unfolds. It strikes a good balance between what we can think of as the “old-school Atelier” format and the freedom that some of the newer titles offer, making for a satisfying and enjoyable game that can be experienced at your own pace.

In other words, you’ve got as long as you want to accomplish the twins’ goal of becoming the best alchemy atelier in the kingdom — though that doesn’t mean they won’t have a few deadlines to meet along the way!

END_OF_DOCUMENT_TOKEN_TO_BE_REPLACED

After the sprawling adventure that was Atelier Firis: The Alchemist and the Mysterious Journey, it would have doubtless been tempting for Gust to adopt the same format for the series going forward. After all, the open-world format worked extraordinarily well for Atelier Firis.

But one thing we have seen numerous times over by this point is the fact that the Atelier series never stands still and stagnates. No two installments are quite like one another — and thus it stands to reason that Gust would also want to make sure they did something a bit different for Atelier Lydie & Suelle: The Alchemists and the Mysterious Paintings.

And so they did — in quite a few interesting ways. So let’s take an initial look at what this third installment in the series — nineteenth mainline title overall — has to offer.

END_OF_DOCUMENT_TOKEN_TO_BE_REPLACED

Another Atelier game in the books, another opportunity to celebrate the series’ incredible music — and the sterling work of Gust’s sound team in general, who consistently put out some absolutely amazing tracks.

Atelier Firis’ soundtrack is a beast, consisting of 125 tracks in total. Considering the massive scope of the game, this shouldn’t be altogether surprising, but what’s impressive is that each and every one of those tracks is worthwhile and enjoyable to listen to, whether it’s a simple field theme or the most intense battle themes the score has to offer. As always, we’ll be taking a look at a few selections from the complete score rather than the whole thing!

Music this time around was provided by Kazuki Yanagawa, Tatsuya Yano and Daisuke Achiwa; it seems Hayato Asano took a break from the series for this one, which isn’t altogether surprising, as he was likely busy putting together the absolutely amazing soundtrack for Nights of Azure at the time. And, if you picked up the physical release of the complete Mysterious Trilogy from Play-Asia, don’t forget that it comes with a code to download the full soundtracks until April 21, 2024!

END_OF_DOCUMENT_TOKEN_TO_BE_REPLACED 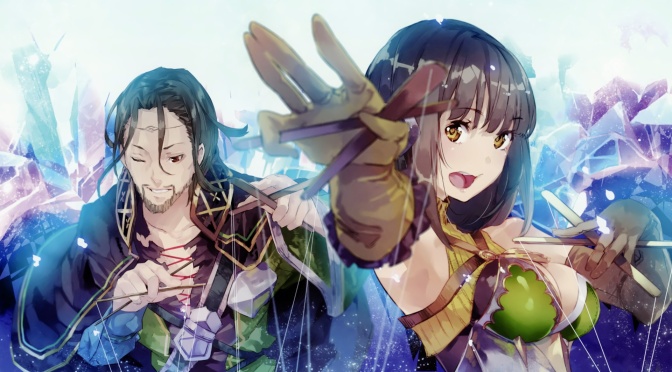 It’s not at all unusual for RPGs these days to contain a significant post-game component: something to spend your time with once the credits have rolled for the first time.

It’s a little more rare for games to take the approach that Atelier Firis: The Alchemist and the Mysterious Journey does, which is for what is technically the “post-game” to feel pretty much like a whole new game in its own right.

Yes, you could quite feasibly put Atelier Firis down after you help her pass her alchemy license exam. But you’d be missing out on so much — so let’s explore what this whole “second quest” has to offer!

END_OF_DOCUMENT_TOKEN_TO_BE_REPLACED

One thing that a lot of 21st century gaming enthusiasts aren’t a big fan of is the idea of the “20 hour tutorial” — the feeling that, for a significant chunk of a game, you’re being held back from being let loose on all the game’s mechanics until you prove you have a good understanding of them.

Of course, in some cases, a lengthy learning period is essential — and not always provided. I am still completely incapable of playing large-scale “grand strategy” games like the Crusader Kings series because I have absolutely no idea what to do, for example; in instances like that, I would have very much appreciated the software walking me through a complete game so I could get some practical experience!

Atelier Firis: The Alchemist and the Mysterious Journey adopts an interesting approach in that the first 15-20 hours of the game are very much a case of “proving your worth” — but at the same time, you’re afforded plenty of freedom to approach this task as you see fit. Let’s take a closer look at how that all works — and what it means for the game as a whole.

END_OF_DOCUMENT_TOKEN_TO_BE_REPLACED

While, as the name suggests, a significant part of Atelier Firis: The Alchemist and the Mysterious Journey is about Firis going on her journey of self-discovery, it is still an Atelier game — and as such you’ll be spending plenty of time crafting items.

Atelier Firis doesn’t completely reinvent the alchemy mechanics from Atelier Sophie: The Alchemist of the Mysterious Book, but it does feature some new twists on the formula established in that game. Once again we have the series’ classic “bung everything in a pot and see what comes out” base combined with some almost puzzle game-esque mechanics — and the result is an enjoyable, satisfying alchemy system.

Get your apron and your stirring stick, then — it’s time to take a closer look.

END_OF_DOCUMENT_TOKEN_TO_BE_REPLACED 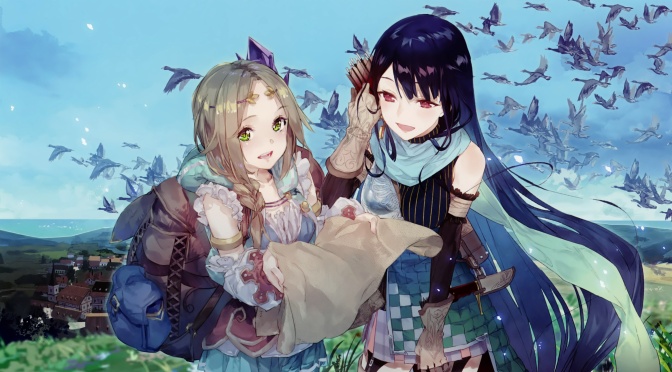 Atelier Firis: The Alchemist and the Mysterious Journey isn’t the first time that the Atelier series has attempted to focus on a protagonist going on a long journey. Far from it, in fact.

While the “modern” Atelier games are typically associated with the structure of being based around a “hub” location and then radiating out from there, this style of play only makes up some of the series. Atelier Totori and Atelier Ayesha are both explicitly about going on a journey, while Atelier Iris: Eternal Mana, Atelier Iris 2: The Azoth of Destiny, Atelier Meruru and Atelier Shallie all have a significant “journey” component to their narratives, even if they also feature a “hub” location to call home.

But Atelier Firis manages to be a bit different by virtue of the way that it is constructed. Its “open world” nature gives a very different feel to the protagonist’s journey — and makes it stand out amid its peers in a very interesting and positive way. So let’s take a closer look at this idea.

END_OF_DOCUMENT_TOKEN_TO_BE_REPLACED 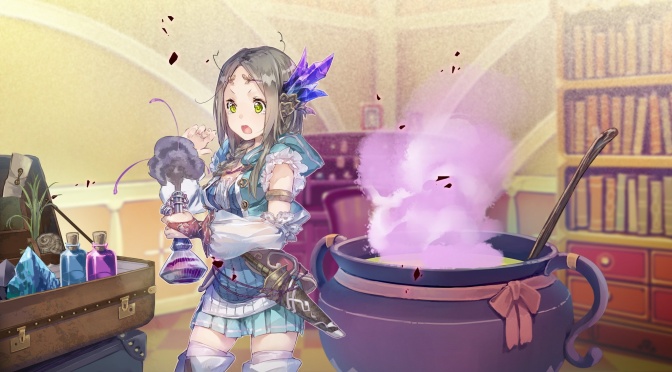 There’s a recurring theme throughout Atelier games: the idea that alchemy isn’t inherently “good” or “evil”, but that its value to society is determined by how its practitioners make use of it.

This is most commonly explored through the means of Atelier protagonists deciding that they want to make use of their talents and skills to help people around them — and Atelier Firis: The Alchemist and the Mysterious Journey is no exception to that rule.

The big difference in Atelier Firis, of course, is that rather than being centred on a single location as in many other Atelier games, our heroine is instead on the move, hoping to eventually reach a final destination in order to prove herself. So let’s take a closer look at what that means for the overall game structure.

END_OF_DOCUMENT_TOKEN_TO_BE_REPLACED

The Atelier series, as we’ve seen numerous times over the course of its complete length, is not one to sit still for long — even within the scope of a single subseries.

Despite this, Atelier games have always managed to establish a sense of coherence between different installments — even when they might appear, at first glance, to be radically different from one another.

END_OF_DOCUMENT_TOKEN_TO_BE_REPLACED

It’s time once again to enjoy the wonderful work that Gust’s sound team puts into its flagship series — this time with the excellent music from Atelier Sophie: The Alchemist of the Mysterious Book.

Atelier Sophie’s soundtrack is a pretty substantial one, consisting of 94 tracks in total — and as such, there were a fair few people working on it. Series mainstays Kazuki Yanagawa and Daisuke Achiwa return as always, as does Hayato Asano, who had gradually been becoming more prominent not just in the Atelier games, but in Gust’s work in general up until this point.

They’re joined by contributions from Ryudai Abe, Yu Shimoda, Miyoko Kobayashi and RURUTIA. So let’s take a moment to go through some favourite tracks — and if you picked up the physical release of the complete Mysterious Trilogy from Play-Asia, don’t forget you can download the full soundtracks with your serial codes until April 21, 2024!