One of the great things about modern gaming is the sheer diversity of experiences you can have from one moment to the next.

If you’re in the mood for hacking and slashing through hordes of enemies as the cute girl personification of a video games console, gaming has you covered. If you fancy taking photos of spooky scary ghosts in a creepy old mansion, well, there’s a game for that, too — several, in fact.

But what about if you just fancy chilling out in a nice quiet coffee shop, enjoying the company of a few good friends and leaving all the troubles of the world outside for an hour or two? Sure, you could pop down your local Costa if you can face leaving the house… or you could settle in for an evening with Coffee Talk, a thoroughly pleasant story-centric game from Indonesian developer Toge Productions.

END_OF_DOCUMENT_TOKEN_TO_BE_REPLACED

Manga is an incredibly broad, rich and diverse medium with a lot of benefits for the modern busy weeb.

It’s affordable, it’s portable, it’s easily consumed in short, digestible chunks and, perhaps best of all, at this point there’s something out there that will appeal to pretty much everyone. And as such, I thought it high time we start taking an occasional look at some manga here on MoeGamer.

We begin with the first volume of Amahara and Masha’s Interspecies Reviewers, a series about fucking monster girl prostitutes. I figured it was probably best to establish the tone sooner rather than later.

END_OF_DOCUMENT_TOKEN_TO_BE_REPLACED 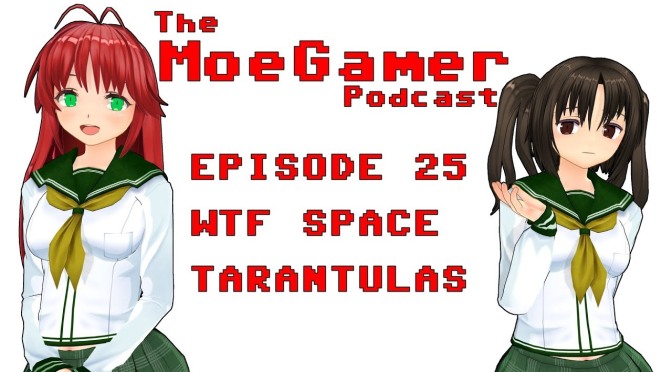 Bonan whatever it is in your area, and welcome along to another episode of The MoeGamer Podcast, featuring my good self and a highly caffeinated Mr Chris Caskie of MrGilderPixels.

END_OF_DOCUMENT_TOKEN_TO_BE_REPLACED

In the same year as the excellent Vanguard, SNK’s 6502-based “Rockola” hardware played host to an altogether different kind of game.

Fantasy was a rather unusual game. Eschewing the usual spaceships and aliens in favour of a distinctly more “human” setup, the game actually made an effort to tell a story as it progressed. An extremely simple story, yes, but exceedingly ambitious considering this was 1981.

HOW ARE YOU? I’M FINE, THANK YOU. AAAAAAHHHHHH.

END_OF_DOCUMENT_TOKEN_TO_BE_REPLACED 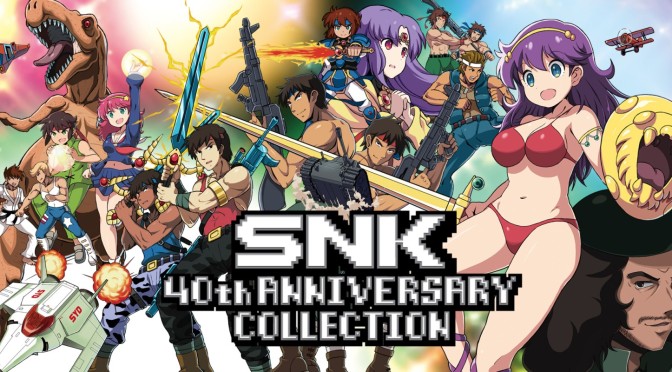 As the years advance and old gaming hardware and media gets more expensive, harder to find and even more difficult to maintain, the matter of gaming preservation is of increasing importance.

I’ve previously talked about how emulation and ROM archives have an important role to play in all this — in spite of interference from certain quarters — but of arguably greater importance are companies’ own efforts to preserve their respective histories and portfolios.

I picked up the SNK 40th Anniversary Collection for Nintendo Switch recently, and I’ll be covering the individual games in it over the next indefinite period of time in an “SNK Essentials” column (and perhaps some videos) — but today, I wanted to talk about this package as a whole, what it gets right, and what I wish it had done slightly better.

END_OF_DOCUMENT_TOKEN_TO_BE_REPLACED

With that in mind, I knew I was going to have a good time with Lucy Got Problems almost immediately, since it opens with the eponymous succubus rather meekly prostrating herself in front of her superior (and unattainable object of desire) Tiamat, suggesting that she had done something very silly indeed.

One might even say she had encountered some difficulties, or problems if you will…

END_OF_DOCUMENT_TOKEN_TO_BE_REPLACED

You know how every so often you take a look at your Steam library and start to feel guilty about games you purchased because they sounded like just your sort of thing, but then you never got around to playing them?

Well, that was the thought that was going through my mind when I decided to finally fire up Magical Diary, a game I’ve owned for well over a year [at the time of original writing – Ed.] but which I was yet to try.

Magical Diary, if you’re unfamiliar, is a visual novel by Hanako Games and Spiky Caterpillar. Despite the distinctly Japanese-style presentation, it’s actually a Western-developed game — Hanako Games’ founder Georgina Bensley has long been a big fan of anime, and this influence clearly and obviously shows through both in Magical Diary and her other games, all of which are marketed as “girl-friendly.”

END_OF_DOCUMENT_TOKEN_TO_BE_REPLACED

I’m an RPG fan, and yet I typically find myself drawn to more linear experiences rather than open-world affairs.

Specifically, I often find that the richly-detailed worlds of titles like Skyrim leave me cold due to their lack of “personality”, for want of a better word — they may be beautiful to look at and packed with things to do, but there’s no emotional connection there.

I’d like to expand on this a little for this week’s READ.ME column, with particular regard to Aselia the Eternal, which we last looked at a couple of weeks ago.

END_OF_DOCUMENT_TOKEN_TO_BE_REPLACED 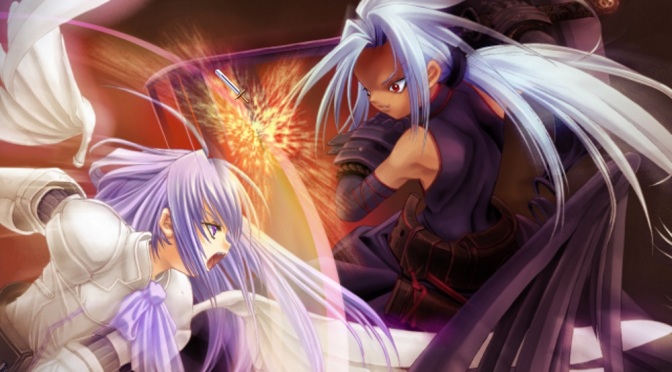 A few weeks ago, we spent this column discussing the reason why we play different types of game.

The answer is, of course, different for everyone, but in the case of visual novel fans, most people will cite “story” as their main motivation to continue — even if the actual “gameplay” side of the title is left significantly wanting in the eyes of some people.

Take the title My Girlfriend is the President, which we discussed a while back, for example — in that game, once you’ve chosen which of the game’s four “paths” you’re going to undertake, there are absolutely no decisions to make that have any impact on the way the story ends at all, and yet that does not stop it from being a hugely entertaining and satisfying experience.