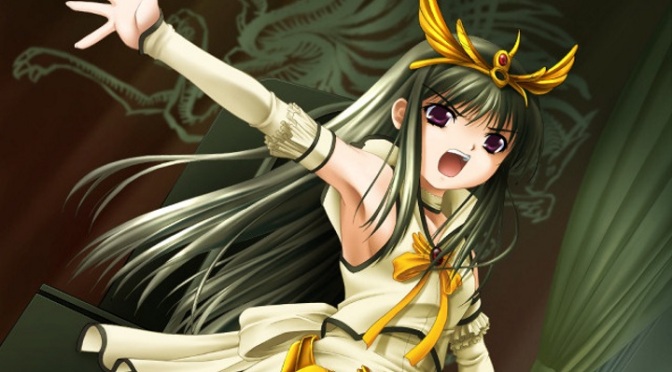 I’m an RPG fan, and yet I typically find myself drawn to more linear experiences rather than open-world affairs.

Specifically, I often find that the richly-detailed worlds of titles like Skyrim leave me cold due to their lack of “personality”, for want of a better word — they may be beautiful to look at and packed with things to do, but there’s no emotional connection there.

I’d like to expand on this a little for this week’s READ.ME column, with particular regard to Aselia the Eternal, which we last looked at a couple of weeks ago.

When it comes to video games, the term “well-realized game world” usually refers to something like Skyrim or Grand Theft Auto, where you’re able to freely explore, discover the detail the designers have put into even the most far-off corners, and probably discover an Easter egg or two along the way. In particularly well-done examples, it’s almost possible to describe the world itself as a “character” in the game — or at least an incredibly important aspect of it.

But that’s not the only means of a developer creating a world and cementing it firmly in the player’s imagination. We don’t complain at books that don’t allow us to wander freely around their settings, for example — we praise those that give us a sense of time and place, and how the characters behave within those contexts.

Although we have no means of manipulating the narrative to our own ends — except through our own imagination and, by extension, activities like writing fanfic and so on — there are plenty of works of fiction out there that have well-realized worlds simply through good writing. And these principles can very much be applied to the world of linear, narrative-led video games, too.

Let’s look at Aselia the Eternal in a little more detail from this angle. There may be a few mild spoilers from hereon, but I’ll try to steer clear of major plot points, so read without fear.

Aselia the Eternal has an exceptionally well-realized game world, and yet you have relatively little control over the path you take through it, the places you visit and the characters you meet. For those who aren’t familiar with the game, be sure to check out my initial impressions from a couple of weeks back.

Those who are familiar with it (or who have read the previous column!) will know that it’s a curious “hybrid” game that blends a turn-based strategy/role-playing game with a traditional visual novel’s structure. Your main sense of “context” as to how Aselia the Eternal’s world as a whole fits together is on this rather abstract screen — the “strategy game” interface.

But this is just part of the whole. This interface, which you spend rather a lot of time looking at over the course of the game, is like those hand-drawn maps you get in the front of fantasy novels — it gives you an idea of the geography of the place the story is set in, but relatively little else. You know that the Kingdom of Rakios (your “home” for much of the narrative) is in the north of the continent, and the Empire of Sargios (the “bad place”) is in the south. As you progress through the story missions of the game, you’ll visit most places on the map at one point or another, giving you a good feeling of what is where, but relatively little else.

But where Aselia the Eternal shines is in its deep, rich exploration of the character of its world. Through the visual novel scenes, we learn far more about the world than the simple geography we see on the map.

We learn that it is a world that resembles medieval Europe, but which has a curiously skewed level of technology thanks to the adoption of “mana” and “ether” as power sources.

We learn it uses a language completely unlike either English or Japanese — and we get to “learn” it.

We learn that it is a “tiered” society, with humankind believing itself superior to the immensely powerful “spirits” — human-like figures whose wills are bound to their Eternity Swords, and who are effectively treated as slaves by the human populace.

We learn that this has been the status quo for so long that most spirits genuinely believe themselves to be nothing more than weapons, and it’s not until the player-protagonist Yuuto comes along that they start to question the abuse they have been suffering for years.

We learn that not only are the spirits struggling under the yoke of societal oppression, they are also struggling to maintain their own free will as the consciousnesses within their swords try ever-harder to dominate their minds and souls.

It doesn’t stop there, though. Aselia the Eternal then goes on to have these narrative themes affect its gameplay, and vice-versa. This is most readily apparent in the use of the game’s “Mind” system, whereby each of your units’ respective morale is tracked by a number between 0 and 100, and this constantly changes according to their actions on the battlefield as well as, in some cases, your choices in the story scenes.

The lower the “Mind” value, thematically speaking, the more control the unit’s Eternity Sword has over their mind and soul — but according to the narrative, allowing the sword greater power over oneself allows you to draw out greater power and become stronger.

Consequently, units with lower “Mind” tend to be stronger and have more effective skills in battle, making them more “useful,” but as a tradeoff you tend not to get story scenes between the protagonist and these spirits during “downtime” between missions — presumably because said spirits are locking themselves away, quietly rocking back and forth and dribbling a bit.

Essentially, this means that your actions in the “game” side of things affect the story, and make you think of the characters involved as far more than just “units” or sets of stats — they become people who you care about.

In short, despite the fact you do not have the freedom to, say, go into a random person’s house and ransack their bookshelves, Aselia the Eternal manages to create an incredibly convincing and believable game world simply through its narrative.

Its characters, its setting, the events which transpire and its core strategic gameplay all blend together as one impressively coherent whole, creating a truly memorable (if lengthy!) story-led experience that remains interesting and compelling throughout — and one that I can recommend without hesitation for any of you with the slightest interest in rather unusual, well-realized fantasy tales.

You can grab Aselia the Eternal direct from JAST USA or via Steam. Thanks again to Phil at JAST for providing the review copy of the game.

3 thoughts on “From the Archives: Aselia the Eternal’s World Made of Words”