At the time of writing, Sony has just announced that production of the PlayStation Vita will be ending in 2019, with no plans for a successor.

This follows news from earlier this year that we’re counting down the days until the last Western physical Vita release, with many of the last releases coming in limited form from boutique publishers such as Limited Run Games and Special Reserve.

With all that in mind, I think it’s about time we looked back over this remarkable and vastly underappreciated system’s life… and celebrated the things it did really, really well.

END_OF_DOCUMENT_TOKEN_TO_BE_REPLACED

Localisation is, it seems, a somewhat thorny issue these days — but it’s one worth discussing.

Before I begin today, I’d like to emphasise that by no means am I attempting to present a “definitive” opinion here. By its very nature, this is a topic that is highly subjective and a matter of opinion, and that means you may not agree with my views. And that is, of course, fine; all I’m attempting to do here is to highlight one possible perspective and provide some food for thought on a complex issue with no “right” answers.

Preamble over and done with, then; let’s talk about localisation, beginning with a little personal context that may go some distance towards explaining why I feel the way I do about all this.

END_OF_DOCUMENT_TOKEN_TO_BE_REPLACED 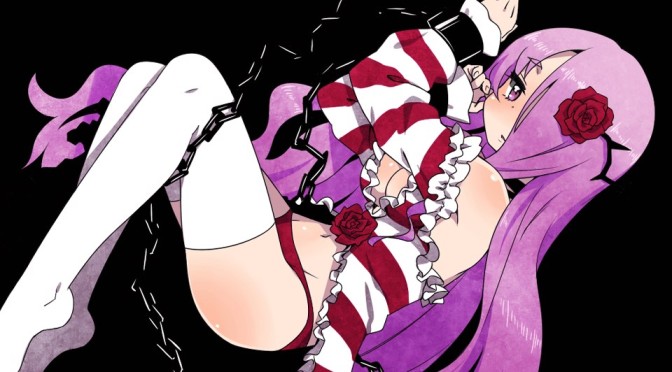 Criminal Girls, one of the more controversial Japanese titles to make it over to the West in recent years thanks to its semi-explicit depiction of BDSM-style “punishment” scenes, actually proved to be one of the more interesting games I’ve played for a while owing to its exploration of a concept we tend to take for granted: trust.

In most games, there’s an unspoken trust between the players and the on-screen characters. You trust them to do what you tell them and they, in turn, trust you to make the right decisions that won’t get them killed. The latter part in particular isn’t always made explicit because the player’s presence isn’t usually acknowledged, but in games where you’re not playing a self-insert protagonist, there’s a strong argument that it’s implied.

Criminal Girls is a little different, however. Not only do you, the player, have a participant role in the game — albeit not as a combatant in the game’s battle sequences — but you also have to spend a hefty amount of time convincing your party members to trust both you and each other. And it’s here that things get pretty interesting.