END_OF_DOCUMENT_TOKEN_TO_BE_REPLACED

Anyone who has ever worked an office job will have doubtless come into contact with the particular archetype that Marion Quinn from the Atelier Dusk trilogy represents.

Perpetually overworked, constantly struggling for recognition and seemingly always lumbered with frustrating, thankless tasks despite being highly competent and intelligent, the Marions out there are the unsung heroes of the world. They’re the people who get things done without making a big fuss; they’re the people who you want to keep on the right side of, because they also tend to be the people who have the real power in the grand scheme of things.

We get a glimpse of Marion’s life in Atelier Ayesha: The Alchemist of Dusk, followed by an opportunity to actually work alongside her in Atelier Escha & Logy: Alchemists of the Dusk Sky. So let’s give her a bit of love for today, shall we? Office party!

END_OF_DOCUMENT_TOKEN_TO_BE_REPLACED

Since their debut in September of 2020, the girls of Hololive English have well and truly settled into their roles as virtual entertainers, bringing joy to hundreds of thousands of people every day.

Back when HoloEN first launched, we took a specific look at Amelia Watson and Ninomae Ina’nis, but there are still several three more delightful characters in the lineup well worth celebrating. And with the unfortunate (and apparently accidental) banning of Takanashi Kiara’s channel earlier today — a mistake which YouTube-kun has since rectified after implied murderous threats from a certain rapping reaper — I figured it was well worth giving everyone’s favourite phoenix a bit of time in the spotlight.

You can’t keep a good phoenix down, after all — although Final Fantasy might have you believe otherwise — so get your bargain bucket ready and let’s give that bird some love. That came out with potentially filthy implications, but they honestly weren’t intentional. Please disregard.

END_OF_DOCUMENT_TOKEN_TO_BE_REPLACED

Every self-respecting princess needs a good maid to tend to her needs — even when the princess in question is as determined to do things her own way as Merurulince Rede Arls is.

In such situations, it pays for the maid in question to have a longstanding relationship with the princess in question, as that means the princess might actually listen to the maid at those times when she finds herself frustrated enough to accidentally call a parent a “poopyhead” to their face.

Keina knows how to handle Meruru, in other words. And witnessing their relationship with one another is one of the most heartwarming parts of Atelier Meruru: The Apprentice of Arland.

END_OF_DOCUMENT_TOKEN_TO_BE_REPLACED 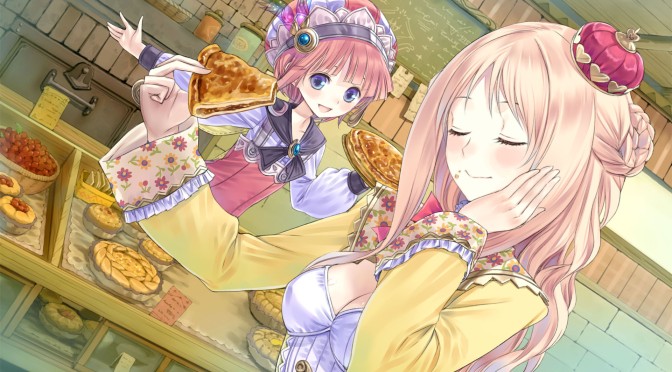 It’s not until next week that we’re starting to explore Atelier Meruru: The Apprentice of Arland in earnest, but it doesn’t hurt to get ahead of the game with a celebration of its protagonist!

Merurulince Rede Arls, better known simply as Meruru, is the princess of the tiny kingdom of Arls. But this girl is not your average fantasy fiction “stand around looking pretty but being quiet” sort of princess. Nope; Meruru is a thoroughly modern young lady who likes to Get Things Done, and absolutely will not stand for petty inconveniences like her father’s disapproval getting in her way.

She’s a delightful leading lady for a fondly regarded installment in the series as a whole, and a joy to be around. Let’s take a closer look at who she is and where she came from.

END_OF_DOCUMENT_TOKEN_TO_BE_REPLACED Since we’re moving on to Atelier Totori: The Adventurer of Arland next in the Atelier MegaFeature, I was all set to celebrate Atelier’s twelfth main heroine today, but then I checked the recent top searches, just out of curiosity.

It seems that multiple people have been dropping by with an interest in seeing something about Ninomae Ina’nis from the Hololive English crew here on MoeGamer. And who am I not to give the people what they want?

All right, all right, I like Ina a lot too. So what better reason to celebrate her and all the fanart of her by all the talented people out there? There is none. None. So let’s do just that!

END_OF_DOCUMENT_TOKEN_TO_BE_REPLACED

It’s a sad fact of life that we’ve seen a general rise in levels of anxiety and stress over the course of the last couple of decades. Or, at the very least, people are a lot more aware of it — and, crucially, willing to talk about it — now.

One way you can help develop your understanding of a condition such as anxiety is to engage with characters who display traits that you recognise; by seeing how that character acts from an outside perspective, you can perhaps get a bit of an understanding about how you feel about things — and why.

Lionela Heinze from Atelier Rorona: The Alchemist of Arland is a good example. While the specific cause of her anxiety may not be something we can directly relate to, the way her anxiety manifests itself is something I’m sure more than a few of us can recognise. So let’s take a closer look.

END_OF_DOCUMENT_TOKEN_TO_BE_REPLACED 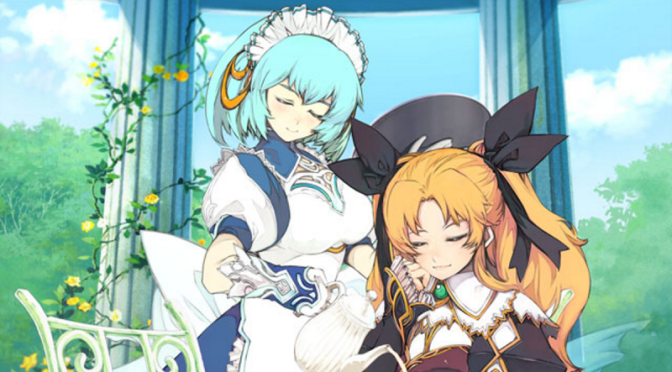 Who doesn’t love a good maid? Everyone loves a good maid. And the only thing that can make a good maid even better is if she’s 1) a bit cheeky and 2) a manifestation of spiritual, elemental energy in service of the resident ojou-sama.

Well, okay, there are other things that can make a good maid even better, but if we get into that we’ll be here all day. So for the sake of today’s celebration of awesome female characters in gaming, let’s assume all of the above is true, and let me introduce you to Whim.

END_OF_DOCUMENT_TOKEN_TO_BE_REPLACED

Refia is an interesting character in Final Fantasy canon, because she didn’t exist in the original version of the game she’s from — in fact, none of the protagonists from the 3D remake of Final Fantasy III did.

Indeed, the original Famicom version of Final Fantasy III instead features a player-named party of indeterminately gendered “Onion Kids” — thereby kicking off the series’ occasional, inexplicable obsession with the vegetable in the process. Refia didn’t show up until Matrix Software brought out the Nintendo DS version of Final Fantasy III in 2006 — which was also the first time the game came West.

Well, just because she wasn’t there from the very beginning doesn’t make her any less worthwhile as a character! So let’s take a moment to celebrate Refia’s contribution to one of the most well-known RPG series in the world.

END_OF_DOCUMENT_TOKEN_TO_BE_REPLACED 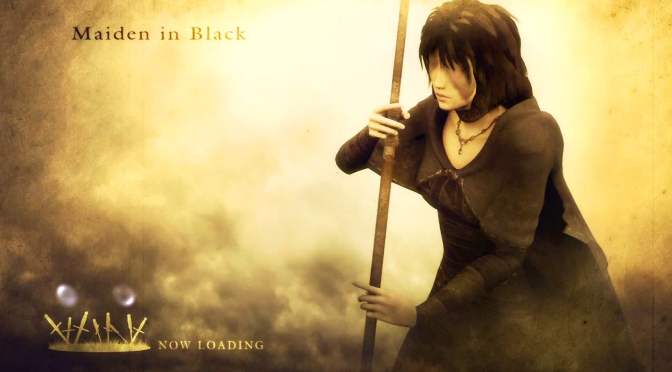 I’ve been playing a bit of Demon’s Souls recently. I’ll talk more about my experiences specifically very soon, but I thought I’d devote today’s Waifu Wednesday to one of the most striking figures in the game: the Maiden in Black.

If you’ve never played Demon’s Souls, the tutorial will almost certainly kill you, at which point you will encounter the Maiden in Black for the first time. She will helpfully inform you that it’s now your job to ensure that the “world be mended” and that she can help you get stronger — but not until you’ve gone and beaten a big slobbering horrible demon in the game’s first stage.

Well, I guess there’s nothing like a woman who sticks to her principles, huh?