It seems that every time we get a new Dragon Quest, Final Fantasy or Persona release, we have the same old “we’re having a JRPG renaissance!” discussion.

Well, dear reader, with my coverage of Death End Re;Quest on the horizon at the time of writing and plenty more RPGs in our shared futures, I’m here to remind you that RPGs have been alive and well ever since what people think of as their “golden age” — the SNES and PS1 eras. This will not be a shock to some of you reading this, of course, but I’m sure there are quite a few people out there who have passed up some wonderful experiences for one reason or another.

So with that in mind, I thought I’d do a list of seven arbitrarily chosen things that you might have missed out on if you’ve been operating under the grossly mistaken assumption that the role-playing game genre has somehow been “dead” despite plenty of evidence to the contrary. Here we go!

Arguably the defining feature of Japanese and Japanese-style RPGs for many, the presence of heavily stylised, memorable characters provides an important means for a game to stick in your mind well after the credits have rolled. You spend a lot of time with the core cast in a role-playing game, and if the developers have done their job properly, you’ll feel sad saying goodbye to them at the end of the adventure.

One of my favourite things about this aspect of the games we’re talking about here is describing the characters out of context, because it’s often rather amusing. Can you name the games these ensemble casts are from?

This is by no means exclusive to Japanese games, of course, but today’s Western games very much tend to favour the “realistic” side of things, while the JRPGs we’ve had the opportunity to enjoy over the years tend to throw plausibility out of the window and then absolutely run with their concepts, however ridiculous they might seem.

What we end up with in the process is some extremely well-realised settings that, while physically impossible in many cases, nonetheless draw you into the experience and help you feel like you’re part of those characters’ world.

How well do you know your RPG settings? Test yourself! Which game unfolded in each of these settings?

Cool battle mechanics that are unique to video games

Western RPGs have somewhat moved away from attempting to be strict adaptations of tabletop rulesets these days, but a lot of them still tend to be somewhat grounded in reality, or at least an interpretation of reality that includes magic or magic-like abilities, anyway.

In your average modern JRPG, meanwhile, once again, plausibility tends to go right out of the window in the name of creating a fun and satisfying experience that works well as a game.

How well do you know your battle systems?

A soundtrack that remembers it’s from a video game, not a movie

Don’t get me wrong — there’s nothing wrong with the movie-inspired approach to video game soundtracks, and in fact I vividly recall in the late ’90s or so wishing beyond hope that games would “move on” from synthesised sound and into real instruments, fully orchestrated arrangements and a more movie-like feel.

However, what I didn’t count on in those younger days is that music for movies and games fulfil two very different purposes, and while there’s sometimes some overlap, they don’t always mesh. Speaking broadly, movie music complements a specific event or moment in time, while game music is more constant and repetitive, as much complementing characters, situations and even mechanics as it does specific, one-time events.

For me, the most effective game music takes cues from pop music, featuring clear melodic and/or rhythmic hooks, a hummable tune, harmonic progressions that make the hairs on your arms stand on end and a sense of energy that drives you onwards, inspiring you to check out the game world ever further.

So with that in mind, do you know what games these tracks are from?

Controls that don’t handle like a Rover Metro circa 1998

I’ve brought this up on the podcast a good few times, but one thing that really gets my goat with a lot of modern games, particularly “blockbusters”, is how animation fluidity is prioritised over smooth, responsive control. I hated it back when Prince of Persia was a thing and I hate it even more now it’s happening in three dimensions.

One thing I like about Japanese-designed games and those from the West that follow Japanese design sensibilities, almost without exception? You push a direction and your character frigging goes that way. No beautifully rendered body-twisting animation. No walking around with the turning circle of a small piece of military hardware. Just push left, go left. Even Dark Souls, a Japanese series strongly inspired by a Western aesthetic, gets this right.

Shit, I’ve written myself into a corner with this quiz thing I’ve apparently got going on, haven’t I? Uh… can you name the game from these control schemes and prompts…?

Whew, got away with that one. 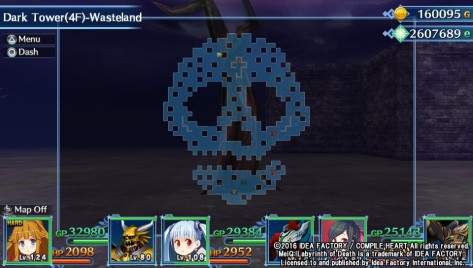 There’s still a commonly held assumption that “the JRPG” (as if it’s a single, coherent thing) follows the same formula that SNES and early PS1-era games did. Thing is, even back then there were wildly experimental games that didn’t do the commonly accepted “linear first half, gradually open up world map a location at a time, then allow complete freedom just before final dungeon” formula.

While there’s nothing wrong with that classic formula — it was used in so many games with good reason — I really enjoy how a lot of modern JRPGs experiment with format and structure to create something interesting and refreshing to play through.

You know what to do by now… which games work like this?

JRPGs, though? They end. And how! After 20, 40, 80, 100 hours… you’ll reach some sort of earth-shattering conclusion in most cases, and the whole thing will come to an actual climax and resolution. Those characters you’ve come to know and love in this setting that feels like a second home — they’ll be fighting for their lives in a battle that tests your understanding of the game’s core systems, accompanied by a stirring and dramatic soundtrack. Also something about controls and unconventional structures.

And when you’re done, you’re done. Of course, in many cases you can play it all over again with a New Game Plus mode, or perhaps there’s postgame content to explore… but there’s an actual ending, allowing you to free yourself from the game and do something else. Assuming you want to, of course.

So for today’s last question, then… can you name the game from the finale? 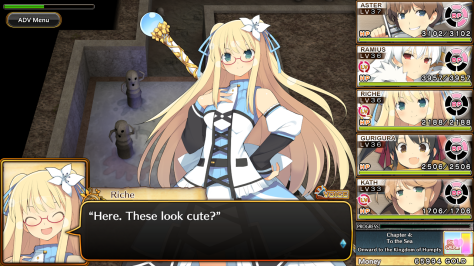 How did you do? If you want to check your answers, click here and crack the fiendish code…