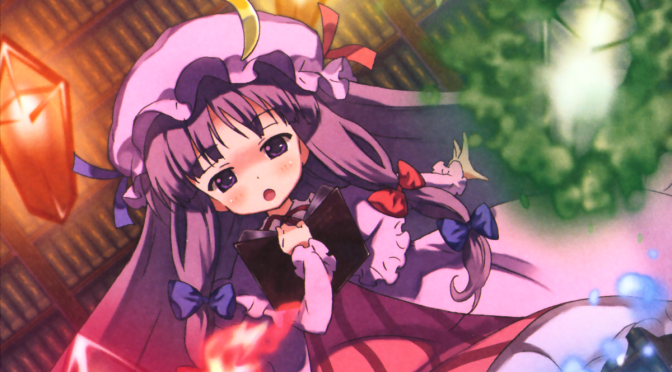 Happy Halloween! What better way to celebrate than with some witchy waifu funtimes?

I had to think a bit for this one. I’ve encountered a few delightful witches over my gaming career, but I’ve also already written about a couple of them in detail — most notably Alice Kamishiro from Supipara and Metallia from The Witch and the Hundred Knight.

“Why not take a bit of a sidestep, then?” I thought. Why not take a look at a character I have little more than a passing familiarity with, but would like to know more about? That way I can call it research for a Cover Game feature I’ve been mulling over for a while. And I can also make at least one person on Twitter very happy in the process. (Hi, Kenji.) So, then; let’s learn about Patchouli Knowledge together.

END_OF_DOCUMENT_TOKEN_TO_BE_REPLACED 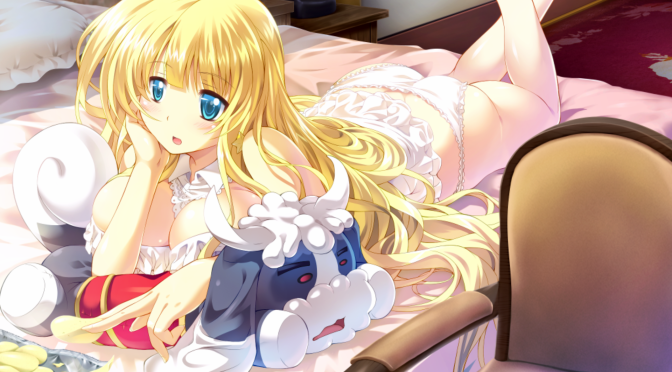 It’s always a pleasure when a game comes along out of nowhere and gives you a delightful surprise by being “good” in some way.

Re;Lord 1 ~The witch of Herfort and stuffed animals ~ (just Re;Lord hereafter for the sake of everyone’s sanity), a game developed by Escu:de and recently released in both all-ages and 18+ English versions by Sekai Project and Denpasoft, is the most recent example of this happening to me.

Not only is it an interesting, unusual and enjoyable game from a mechanical perspective, but it’s also pretty fascinating to contemplate from a narrative perspective, too. And it has some lovely art! So let’s take a closer look.

END_OF_DOCUMENT_TOKEN_TO_BE_REPLACED

It’s the last Waifu Wednesday before Halloween, so who better to explore this week than an honest to goodness witch?

Alice Kamishiro is one of the central characters of minori’s Supipara, a proposed five-part series of visual novels of which we’ve seen the first in the West so far, thanks to MangaGamer. Although the first chapter isn’t Alice’s “route”, instead focusing on the protagonist’s second cousin Sakura, she still plays an important part in the story as a whole — and is a mysterious, intriguing character in her own right.

As the series continues to unfold, we’ll have the opportunity to learn more about this rather odd girl and her remarkable powers.