Ten days until Christmas! Are you ready? I am, after a flurry of Amazon shopping earlier.

I’m likely going to be taking a few days off from MoeGamer during the holiday season, so from the week after next onwards (i.e. the week that begins with Christmas) updates may be a little intermittent, but I’ll be back on a normal schedule by the new year at the very latest. And with any luck, if my Christmas plans come to fruition, there may be a very special “Episode X” of The MoeGamer Podcast to enjoy — though no promises in that regard just yet.

Anyway, that’s all in the future. What’s been happening in the immediate past? Hit the jump to see what you might have missed this week. 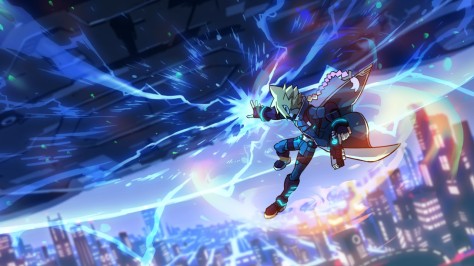 The MoeGamer Awards 2018 continued apace this week, with a number of new categories for this year’s festivities alongside the regular features. Let’s take a look!

Sunday Driving: Coast 2 Ghost – OutRun 2006: Coast 2 Coast takes a turn for the more challenging as both Flagman and Clarissa start to burden us with increasingly unreasonable requests… and my skills have a bit of trouble keeping up!

The MoeGamer Awards 2018: The Least “Retro” Retro Game – Some retro games really show their age and are only really fun from a nostalgic perspective. Others really get better over time, particularly when compared to their modern counterparts. This award celebrates one of several great examples of the latter.

The MoeGamer Awards 2018: Coolest Transportation Method – What good is a huge world if you have no means of exploring it easily? This award celebrates how we got around in style in the year just passed.

Warriors Wednesday: Worst Sneak Attack Ever – Our freshly started Wu campaign continues as Sun Ce and friends do their best to hold it together while under the oppressive rule of Orochi. Will our heroes survive the least subtle sneak attack in history?

The MoeGamer Awards 2018: Most Satisfying Sequel – Which sequel sequelled the sequelliest out of everything we covered in 2018? And what, exactly, makes for a solid sequel, for that matter?

The MoeGamer Awards 2018: Best Boy 2018 – I may be a red-blooded straight male who likes a pretty girl, but that doesn’t mean I can’t appreciate a beautiful boy now and then — especially when I get a specific request to celebrate one in these awards. Now, who to pick…?

New Game Plus: I Got Holes in M’Ghost List – My Project Zero Nightmare playthrough continues with an unfortunate accident that leaves a significant hole in my ghost list. Still, onwards we must push — there’ll be time to go back for the dead later!

The MoeGamer Awards 2018: Best Girl 2018 – Those who know me well will not be surprised at the outcome of this award, given the games I’ve covered this year, but I’ve awarded it to the young lady in question on the understanding that she will be ineligible for it or any similar awards in subsequent years — regardless of if I cover another installment of the series in which she appears. Gotta keep things fair, after all…

This week we pay a visit to a famous hunchback who was oddly popular in gaming throughout the early ’80s, and a prime example of how French games became renowned for being beautiful, technically proficient and highly creative throughout the 16-bit home computer era. 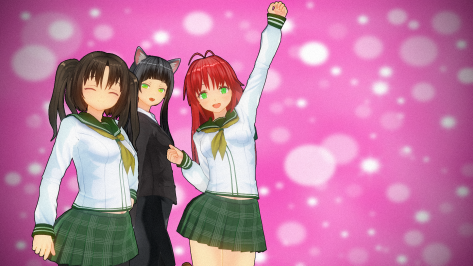 Sign up to my Patreon for just $1 a month or more and get exclusive access to my #oneaday daily blog, which covers a variety of personal topics and allows you the opportunity to get to know me a bit better. You’ll also be supporting my continued efforts here on MoeGamer and with the Atari A to Z project (and Videopac Games when I get around to it again!) Find out more here.

Mystery Solved – I uncover what The Package That Wasn’t Super Smash Bros. Ultimate was. It was actually two packages, and they were both very cool indeed!

Impostor Syndrome – A somewhat melancholy post on the subject of prevalent mental health issue “impostor syndrome” (or “imposter syndrome”, if you prefer) as well as a request for your help and support.

Smashing! – Some first impressions of Super Smash Bros. Ultimate ahead of me writing about it in more detail on MoeGamer in the new year.

The Manor of Sleep, Part 1 – I delve into my dreams and reveal the recurring setting of my own personal “manor of sleep”, piece by piece.

The Manor of Sleep, Part 2 – The journey through the strange house continues, though with less poo this time around.

Weigh-In – A note about my progress with weight loss thanks to the Slimming World programme, with which I’ve had some success on previous occasions after very few other things seemed to work particularly effectively.

As I explained last week, I’m a Patron of both Paul “Mr Biffo” Rose and Cheap Show, so here are both their latest respective episodes for your enjoyment. Digitiser: The Show’s series finale is tomorrow, so if you haven’t checked this out yet, be sure to do so!

Meanwhile, here are some cool bits and pieces from around the blogs I follow here on WordPress:

Objectifying vs Sexualising in Anime (I Drink and Watch Anime) – Irina pens an excellent piece that successfully distinguishes between these two concepts — something that many modern critics spectacularly fail to do. She effectively explains why one is unacceptable and the other is just peachy.

Goodbye Lucy (Normal Happenings) – Nikki from Normal Happenings gives a heartfelt eulogy for her beloved cat Lucy, who passed away recently. Having recently lost our darling Ruby and felt many of the things Nikki describes — chronicled here, please do go and pay your respects if you have a moment — this hit home pretty hard.

Japanese Journals #1 (BiblioNyan) – Neko Neha of BiblioNyan outlines her initial experiences with Japanese Pod 101, which you may find helpful to check out if you’ve been looking around the various Japanese courses available online.

Skyrim VR: The First Few Hours (Hundstrasse) – I loathe playing Skyrim with a fiery passion, but that doesn’t mean I’m not interested to hear about others’ experiences with it — particularly when you combine those stories with the fascinating world of VR. Hundstrasse gives a highly enjoyable account of his initial experiences in Bethesda’s brown world.

Dear Video Games – Tutorials and Soul Calibur VI (McWritestuff) – Alex McHotstuff writes an impassioned letter to Bandai Namco’s Soul Calibur VI on the obtrusiveness of modern-day tutorials, and how they tell you everything you don’t need to know, and nothing about what you do.

Thanks again for your continued support, and for helping MoeGamer grow so much over the last couple of years in particular! Check this out:

You did that! And I love you for it. Thank you so much. Have a lovely last week before Christmas!