I remember a day when people used to take the piss out of Capcom for adding all manner of prefixes and suffixes to their games, but I think Koei Tecmo and Omega Force have actually had them beat for some time now.

Yes, today we are indeed looking at Dynasty Warriors 8 Xtreme Legends Definitive Edition, a recent release for Nintendo Switch that combines the content from the original Dynasty Warriors 8 game, its standalone expansion pack Xtreme Legends, plus all of the DLC that was subsequently released for both of them. By all accounts, it’s a tremendous value package with enough content to keep you busy for months if not years. And you can play it on the go, which is just fabulous.

So with that in mind, I thought I’d poke at it over the course of the next few weeks and see what it had to offer over and above other Warriors games I’ve been fiddling with, including Warriors Orochi and Hyrule Warriors. 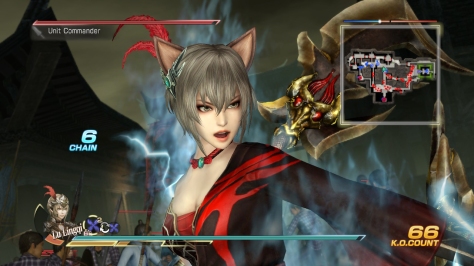 On the offchance you’re unfamiliar with the Dynasty Warriors series by this point, here’s the gist. Based loosely on the 14th century Chinese novel Romance of the Three Kingdoms, which in turn was based on the period of Chinese history between 169 and 280 AD, the Dynasty Warriors series has typically allowed players to follow the fates of various factions throughout this turbulent period, participating in key conflicts and perhaps, in some cases, altering the course of history thanks to their input.

Dynasty Warriors 8 Xtreme Legends Definitive Edition (which, for the sake of my sanity, I shall refer to as DW8XLDE from hereon) features a number of different ways to play, including the explicitly arcadey Challenge Mode, which is focused on achieving high scores and fast times under various circumstances; the strategic Ambition mode; and the Story mode that the series has been best known for throughout its run to date. It’s the latter that I’ve had the most experience with so far, so it’s that which we’ll talk about today.

In DW8XLDE’s story mode, you have the option of playing a number of different narrative paths. Besides the expected Wu, Wei and Shu factions seen in other installments of the series, we also have the Jin faction (who hail from the latter part of the historical period covered in Romance of the Three Kingdoms) and a loose “Other” faction, which incorporates stories that relate to ongoing series favourites such as Lu Bu. 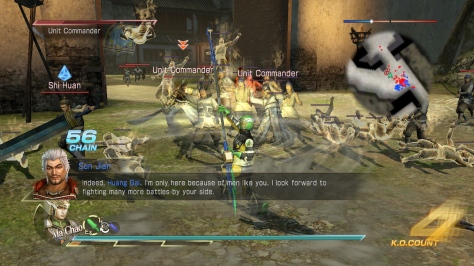 So far, since I’m playing through the Wu campaign of Warriors Orochi for the Warriors Wednesday video series at the time of writing, I thought I’d check out DW8XLDE’s Wu campaign for comparison’s sake.

One thing you’ll need to get accustomed to with most Dynasty Warriors games is that there’s often a gap of several years or more in between various missions, and the flow of the story means that characters you’ve been playing as will often find themselves dead at the conclusion of a mission, regardless of how well you played. This can make things seem a little disjointed at times, but the focus of these games has never really been on a deep, meaningful narrative experience. For those interested in “filling in the blanks” for themselves, the game does come with a comprehensive cross-referenced encyclopaedia, so there is plenty of information you can look up for yourself; otherwise, however, it’s pretty “straight to the point”.

Each mission opens with an overview map of China, describing the context of what is about to unfold, the key players and the main objectives. In most cases, this is then followed by a more “personal” cutscene involving the characters involved as well as sometimes the opportunity to walk around your forces’ camp and talk to various NPCs, including both named officers and random footsoldiers from your army. Despite the somewhat fragmented nature of the narrative, this approach gives a nice feeling of each mission having a sense of context — further added to by the wonderful and somewhat “arcadey” seamless cutscenes, whereby many battles start with a shot of the key players running into the fray, the camera panning down behind them and then you suddenly being in control. 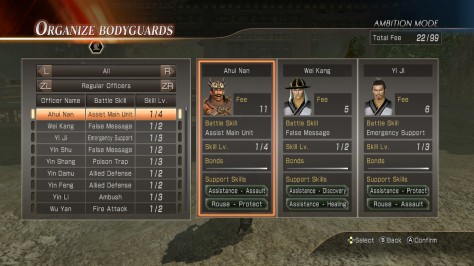 Each mission generally gives you a choice of characters to use; this is not completely free choice from within your faction as in something like Warriors Orochi, but rather a selection of characters who are relevant to the story at that point in time — and obviously excluding characters who are “dead” according to the route you’ve taken through the narrative. Your choice of character is more than just choosing how you want to play; it also affects the objectives you’ll have during the mission. Play as one character and you might be assigned as a decoy to distract the enemy forces while your comrades sneak around the back of a fortress; play another and you might be in the infiltration team.

Character choice in DW8XLDE is not a simple case of choosing a weapon as it is in some earlier Warriors titles. Instead, here, each character can equip two weapons to take into battle. Each character has a preferred weapon, which allows them to make use of a powerful special “EX” attack using a specific button combination, and each character also has a compatibility rating between one and four stars with various types of weapon, but there are otherwise no restrictions on what you can equip on whom. If you wanted to make Lu Bu wield a giant paintbrush, now’s your chance.

Another important consideration when it comes to weapon choice is in its element type. Weapons can be Man, Heaven or Earth element, and there is a triangular relationship between them: Man beats Heaven, Heaven beats Earth, Earth beats Man. There are certain abilities you can make use of to boost your attack power if both weapons are of the same element, but under most circumstances it’s a good idea to have two different elements on hand. We’ll talk a bit more about this when we discuss the core combat mechanics in more depth in a subsequent article. 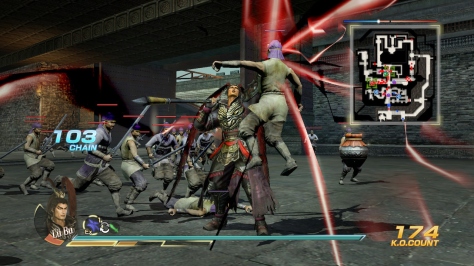 Once into battle, you’ll have an overall task to complete over the course of the mission, and in several cases optional side objectives will become available. Failure in these does not fail the whole mission, but it might make things more challenging for you — and if you want to unlock a branching “hypothetical” story route that deviates from established, recorded history, you’ll need to complete all of them. You can return to previous stages through either a stage select menu or “Free Mode” at any time, but each faction’s Story mode is clearly designed to be experienced as an uninterrupted flow directly from one mission to the next rather than “grinding” away at a single mission until you get the best possible outcome.

So far I’m having a really good time with the game, and I look forward to delving deeper into its mechanics and structure. There is a lot of game here to pick through, so I think we’re going to be here for quite some time yet…!

Koei Tecmo provided a review copy of this game.