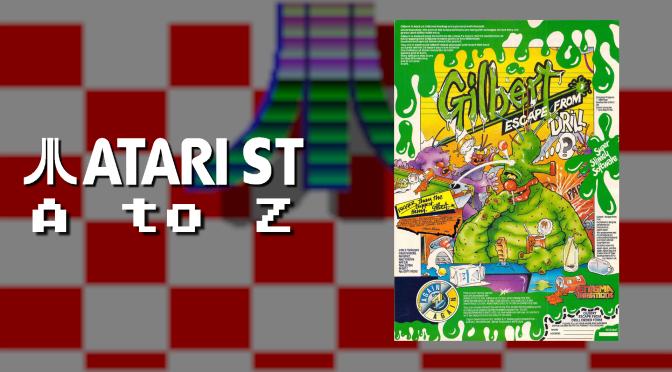 The ’90s were an era of “attitude”, not just in video games, but in popular culture at large — and especially in children’s TV.

One largely forgotten attempt at an edgy mascot was Gilbert, the snot-encrusted alien who first appeared as part of the Saturday morning show Get Fresh, and subsequently found success in his own right.

Naturally, he also had his own video game that allowed you to take control of the dribbling snot monster himself as he attempted to track down the parts of his spaceship that his jealous countrymen had hidden from him. Clearly, the only solution is to play lots of arcade games!