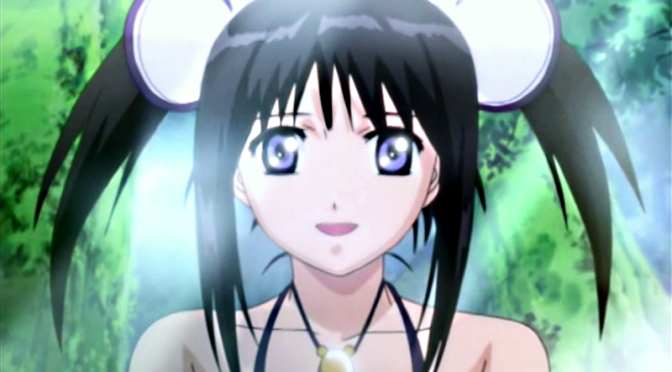 Fun fact: in contrast to the rest of the Atelier series, Atelier Iris 3: Grand Phantasm is the only game in the Iris trilogy in which the title character is playable.

Okay, she’s not the lead protagonist in terms of who you control on the game’s field screens, but she is the most important person in the narrative. She’s also thoroughly lovely, so let’s explore her character further!

In fact, outside of some thematic similarities and the presence of the Mana spirits, Atelier Iris 3: Grand Phantasm has very little to do with its two predecessors in general — though one could interpret it as a vision of the far future, much as Atelier Iris 2: The Azoth of Destiny presented a vision of the past. That and there’s a book you can get called “Ellis” at the end of Atelier Iris 2: The Azoth of Destiny, which may or may not be something to do with Nell’s family. But I digress. We’re here to talk about Iris Fortner.

Atelier Iris 3: Grand Phantasm begins with us witnessing Edge and Iris doing what they do best: adventuring, or Raiding as it’s referred to in their world. Raiders are members of the local Guild, and take on various contracts that generally require them to dive into the Alterworlds that surround the city of Zey Meruze — but which sometimes take the form of odd jobs for people around town.

We learn pretty quickly that Edge and Iris are already reasonably well known in their home town, that they live together and have done so for a long time, and that neither of them appear to have any surviving family. They don’t appear to be in a romantic relationship, but both of them are a bit awkward in their own unique ways, so it’s entirely possible — even plausible — that they actually are and simply don’t show it in particularly obvious ways.

Regardless of their actual relationship status, they clearly care deeply for one another. Iris is somewhat more open about this than Edge is, since she’s generally the more expressive of the pair. She likes to take a positive outlook on life and assume the best intentions where possible; one also suspects that she deliberately plays up her immature “girliness” at times in order to make herself seem more approachable, friendly and appealing to those she encounters.

One of the key ways that we see this in Atelier Iris 3: Grand Phantasm is in how she interacts with the various beastmen tribes who call the Alterworlds home. Rather than referring to them by their actual collective names, she tends to call them things like “Mr. Penguin” and “Mr. Bear”; they’re terms of endearment that demonstrate Iris’ accepting nature, and they’re a stark contrast from the distrust and even outright racism that Atelier Iris 3: Grand Phantasm’s humans and beastmen demonstrate towards each other on numerous occasions, particularly early in the narrative.

Iris has a positive influence on the people she meets, though. As she and Edge complete numerous quests around Zey Meruze, they become more well-known, and a happy side-effect of this is that people start to find the beastmen tribes more approachable — people to be welcomed rather than mysterious creatures to be feared and avoided. At no point does Iris stand up and make any sort of grand speech about Racism Being Wrong or anything like that — people just quietly see her going about her business, and see how the outcome of her hard work is inevitably positive, not just for her, but for everyone around her.

One of the most interesting things about Iris’ characterisation in Atelier Iris 3: Grand Phantasm is how the mechanics reflect her humbleness — and this is something that you can best appreciate having come off the back of the first two Atelier Iris games. She’s clearly a talented, intelligent alchemist, but she never makes a big deal of successfully making something complicated; indeed, any time she thinks up a new recipe for something through the game’s “idea” system, it feels like she’s having happy random thoughts and simply applying them to her professional life — almost discovering incredible things by accident.

This is perhaps best seen in her offhand, seemingly unimportant creation of a few items that were a massive deal in the previous Atelier Iris games. She gains the recipe for the Ruby Prism — the legendary Philosopher’s Stone by another name — fairly early in the narrative, for example, and it’s entirely possible to craft this well before the story is over. This, in turn, allows her to create gold from dirt — historically one of the main goals of any alchemist — and it’s just, you know, no big deal.

Likewise, partway through the game, she gains the ability to craft a weapon called Gurgu’s Cane. As anyone familiar with the first two Atelier Iris games will know, this was previously a key ingredient in the crafting of a Ruby Prism, but once again she can just whip one up in her cauldron without breaking a sweat. It’s not entirely clear as to whether she knows how incredible the feats she’s performing are and is just choosing not to make a big deal of them or if she really is that oblivious; either way, her enormous talent for alchemy is complemented by an admirable humbleness that is one of the many reasons people around Zey Meruze regard her so fondly.

Iris is a thoroughly pleasant person to have on your side, and her position as the main protagonist of Atelier Iris 3: Grand Phantasm’s story means that you’re constantly invested in her wellbeing and the resolution to the situation in which she finds herself. She’s a big part of what keeps Atelier Iris 3: Grand Phantasm appealing over the long term, and a character I’ll fondly remember long after my time in her world is passed.