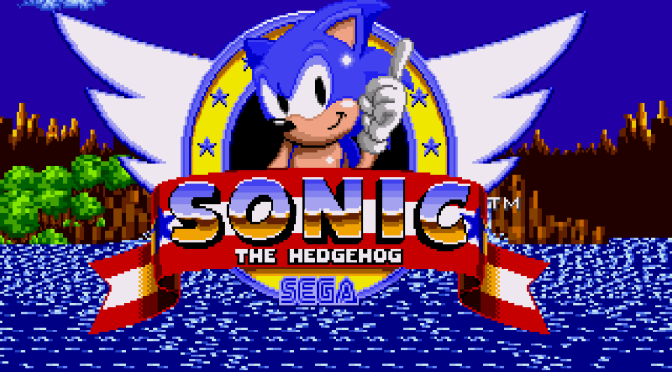 “Sonic hasn’t been good for a long time.” “Sonic has never been good.” How many times have we seen articles about Sega’s incredibly popular mascot start this way?

The fact is, despite enduring a consistently more mixed (at times outright cynical and negative) critical reception than longstanding rival Mario from Nintendo, Sonic the Hedgehog still has legions of dedicated fans, and has done since he first appeared on our screens in 1991.

This month, we’re going to be taking a look at a wide variety of Sonic the Hedgehog games from across time, ranging from his first 2D platformer forays up until his more recent 3D adventures… and, of course, his extremely well-received return to 2D in the form of Sonic Mania, the physical Plus release of which was the catalyst for this whole set of features.

Sonic is typically positioned as a direct competitor to Mario, and indeed the rivalry between the pair is often regarded as one of the first major shots fired in the Sega vs Nintendo “console wars” in the early 1990s. But there are many ways in which Sonic is not directly comparable to the portly plumber, and it’s through these distinctions that we find some of the most interesting things about the series.

The most obvious disparity is in tone. Mario lives in a brightly coloured world in which the work of its evildoers essentially amounts to extreme levels of mischief rather than anything actually… evil as such. Okay, Bowser’s repeated kidnapping of Princess Peach absolutely qualifies as criminal activity, but he’s never shown actually mistreating her in any way, and indeed in Super Mario Odyssey’s ending we’re led to believe that his attempt to force her into marriage may, in fact, come from legitimate feelings of affection. (There is also a wide variety of… fan-made material out there that lends further credence to this as a popular fan theory if nothing else, but I suggest not investigating this too closely if you happen to be at work.)

Sonic, meanwhile, also lives in a brightly coloured world… but recurring villain Eggman, Dr Robotnik, whatever you want to call him is a genuine bad guy. Okay, he may not be the most competent bad guy out there, but he most definitely wishes to assert his dominance through any means possible, up to and including murder, terrorism and genocide.

At its core, the Sonic the Hedgehog series as a whole depicts the ongoing battle between nature and technology. Eggman (as we shall refer to him hereafter) is a representative of human technological and scientific progress asserting its dominance over the natural world without regard for the long-term consequences, while Sonic and his friends represent resistance against this. This is probably most clearly seen in Sonic CD, where the “bad future” for each zone is represented as even the most colourful, natural enviroments becoming dominated and overrun by machinery and man-made constructs, but the concept has been part of the series since its outset, with all the enemies in the game bar Eggman himself being represented as animals being trapped in robotic bodies against their will.

The series can also be interpreted as a clash between tradition and modernity, particularly when we look at the role Knuckles tends to play in the later games’ narrative. Sonic Adventure’s revelation that he is the last of his kind, destined with protecting the Chaos Emeralds and the Master Emerald (and apparently fairly consistently doing a terrible job of it) put this most clearly in context, with Knuckles obviously representing longstanding, centuries-old traditions. But we can also see it in how Eggman attempts to disrupt the status quo of peaceful human seaside town Station Square, both through enslaving powerful forces of nature such as Chaos, or making use of high-tech weaponry like the cannon found on the space colony ARK.

Station Square, in this instance, represents both humans living in harmony with nature (as shown by the fact that no-one finds characters like Sonic, Tails or Amy wandering the streets to be the slightest bit unusual — indeed, Amy in particular is referred to as “that girl” rather than “that pink hedgehog”, demonstrating her complete integration into Station Square’s society) and a more contemporary take on “tradition”: the idea that, even in the current day, most people are more than happy to just live their life as they’ve always known it rather than have it significantly disrupted by something far beyond their control or even capacity to understand in some cases.

There are some simpler distinctions between Sonic and Mario’s games, though; again, this relates to the overall tone, but this time more in terms of gameplay than narrative. Specifically, Sonic’s games, particularly in the 16-bit era, are surprisingly violent.

I’m not talking about blood and gore here, mind; I’m talking about the hazards the series’ respective heroes have to deal with. Mario comes into contact with all manner of different environmental hazards on his journey, but they mostly tend to be “personified” in some way — even flaming balls of lava that could burn our plumber friend to a crisp have eyes and even names, putting something of a friendly face on everything.

Sonic, meanwhile, is at constant risk of being impaled on spikes, crushed beneath heavy lumps of metal, drowned, burned alive, frozen solid or knocked into bottomless pits. And his games make no attempt to sugar-coat this side of things; while the initial Green Hill Zone in the original Sonic the Hedgehog is relatively sedate in terms of environmental hazards, from Marble Zone onwards it becomes clear that this game wants Sonic dead, and it’s up to you to ensure that doesn’t happen. 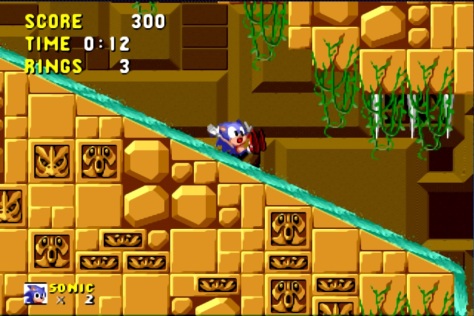 This aspect of the Sonic the Hedgehog series is probably most pronounced in Sonic 3 and Sonic & Knuckles, both of which are among the most challenging and brutal games in the series in terms of simply navigating the levels, but there’s also an element of this philosophy baked right into the design and structure of the early 2D games in particular. All of these games require that you complete them with all the Chaos Emeralds (or Time Stones in the case of Sonic CD) in your possession in order to get the “best” ending — essentially meaning you can battle your way right through something as challenging as Sonic 3 and effectively be told at the end that you were “good, but not quite good enough”. This latter aspect was somewhat relaxed in the later games in the series — though there were still considerable rewards on offer for those who took the time to “100%” them.

In many ways, despite its cartoonish appearance — and indeed into comic book form as well as various TV shows — Sonic the Hedgehog can be regarded as a somewhat more “mature” take on the platform game genre. This doesn’t make it inherently “better” or “worse” than Mario’s joyful, youthful exuberance, of course, but it definitely gives it a very distinctive feeling and aesthetic — and highlights the fact that the two series are perhaps not as directly comparable as some might have led you to believe over the years. 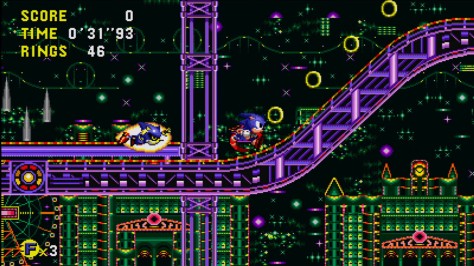 The aim of this month’s features is to explore a wide variety of Sonic the Hedgehog games (though not all of them, I must add — just those I have easy and immediate access to!), including both those that are widely regarded as classics and those that have been maligned by press and public alike. The series has been going long enough by now to suggest that even in its supposedly “worst” installments there is some sort of redeeming value to find, and so in true MoeGamer tradition I intend to explore as many games as possible over the course of the month in an attempt to “find the good” wherever it exists. Yes, even in the notorious Sonic the Hedgehog 2006.

Wish me luck! It’s going to be a wild ride for sure.

More about Sonic the Hedgehog

23 thoughts on “Sonic the Hedgehog: Introduction”