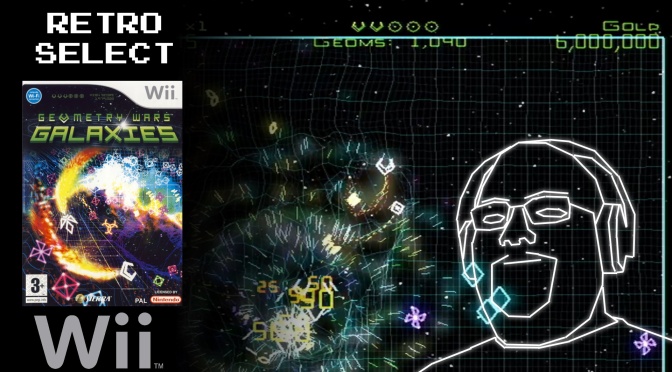 Geometry Wars: Retro Evolved is the reason I bought an Xbox 360. The beautifully clear visuals really sold “HD” to me, and thus it was that game, more than any other, that brought me into the high-definition age.

I held off playing the Wii game Geometry Wars Galaxies for quite some time, at least partly because I thought the game might lose some impact in standard definition. I was very much wrong, and now I am regretting not having played this much sooner!