“Art games” have a somewhat polarising reputation among the broader gaming community. Some love how far creators are willing to stretch the definition of “game” in order to tell a story or explore a theme; others feel like these titles are a boring waste of time.

I’ve gone back and forth a bit on this over the years, but one thing most art games have in common is that they tend to de-emphasise mechanical depth and complexity in favour of telling their story. In some of the most well-regarded cases, you don’t even really “do” anything; you just walk forwards while a story passively washes over you.

198X is a bit different. It’s definitely an art game — or perhaps it’s more accurate to call it a short, animated, pixel-art film — but unlike many of its peers, it’s designed to be satisfying and enjoyable to play as well as to emotionally engage with. Let’s take a closer look.

198X tells the story of a nameless, somewhat gender-ambiguous kid who grew up in the district of Suburbia, a sleepy little area on the outskirts of The City. Kid is caught in that no-man’s land between childhood and adulthood, and is struggling to define themselves; things that once brought them joy are no longer sparking the same feelings of pleasure, and they’re starting to feel trapped in this place they’ve known all their life.

On top of all that, something has happened to their family; exactly what is kept deliberately vague, but from a bit of careful observation we can draw some conclusions or at the very least derive our own interpretations of what is going on — and why Kid appears to be caught in such deep, dark depression.

198X as it exists at the time of writing is just the first part of the complete narrative, but a second part is on the way; presumably we’ll get a few more answers then. In the meantime, what we do have now is thought-provoking and surprisingly affecting — and the ambiguity in the overall narrative actually helps with that. And, on top of that, there are some great games to enjoy along the way, too.

Part of 198X’s premise is that Kid discovers an out-of-the-way arcade on one of their late-night wanderings around the rougher end of Suburbia. Kid is afraid when they first arrive; it seems to be full of, in Kid’s words, the “coolest uncool people I’d ever seen; the freaks, geeks, the misfits and the outcasts; the real rebels, part of something the outside world could not understand.”

It’s painfully obvious that Kid needs this escape from whatever is happening in their life. They are filled with fear, grief, anger, regret and despair — and these video games allow them to forget all about that for a credit at a time. These games give Kid a clear goal: something to aim for, something to focus on, something to master, something that they are in full control of. The opposite of the aimless chaos that is life.

These sequences aren’t just paying lipservice to classic games, either; they’re fully functional, very playable games in their own right, and it’s always a bit of a shame when you beat one of them and have to move on with the story. In this way, you’re made to truly empathise with Kid; at some point, your pocket always ends up empty of small change, and you have to go home and face reality once again. You want to keep playing those games, though, because they’re really good. 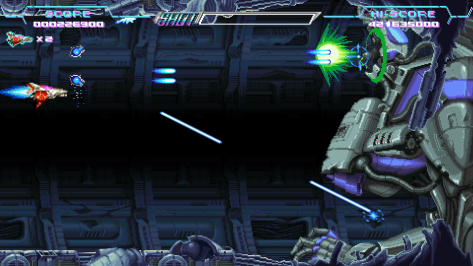 Rather than featuring real arcade games, 198X instead features original creations that bear an uncanny resemblance to well-known classics. We open with the Streets of Rage-esque Beating Heart, for example; as we progress, we get to enjoy Out of the Void, which plays like a blend of R-Type and Gradius; the OutRun-style racer The Runaway; the vaguely Shinobi-esque ShadowPlay (don’t tell Nvidia); and finally a creepy, glitched-out Wizardry-style affair called Kill Screen.

The interesting thing about these games is that they all adopt an aesthetic that I’ve come to think of as “enhanced retro”; rather than being truly authentic to their inspirations, they instead look like how you would like to remember the games of your youth. Beautiful pixel art, fluid animation, stirring soundtracks — including contributions from the legendary Yuzo Koshiro — and super-slick gameplay; this interactive side of 198X plays a big part in making the experience as a whole so memorable.

Which is what makes the game’s finale sequence so incredibly powerful and emotionally impactful. Blurring the lines between the digital world of the arcade’s games and Kid’s actual life, the final game gradually starts to feel like it is being invaded by reality. On-screen messages start to seem more and more personally relevant, mirroring Kid’s innermost thoughts and fears; the virtual world you’re exploring starts to seem more and more ill-defined or blurred, almost like you’re viewing it through a curtain of tears; the enemies in the game start to feel more and more overwhelming until, finally, you reach a point where it’s impossible to win. Everything is taken from you and nothing you do matters; it’s as if Kid’s safe place is no longer the haven it once was, and that they’ve reached a point where they are no longer able to run from whatever it is they’ve been fleeing. 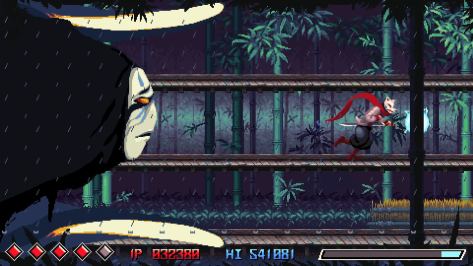 198X is only about an hour long from start to finish — assuming you don’t have any trouble with clearing the games — but, like a favourite work of art, regardless of medium, it rewards repeat visits and encourages you to look more closely and think harder each time you come back for more. It remains profound, emotionally affecting and absolutely beautiful in more ways than one — and I for one cannot wait to see the continuation of the story.