A very merry new year to all of you! I hope you had at least vaguely tolerable celebrations last night and that you aren’t suffering too much today.

I had a nice quiet one; I’ve never been one for big parties or anything, so the prospect of being out and about on a night where people are particularly inclined to get drunk and obnoxious was not in the slightest bit appealing. So I sat at home with my cats playing games, recording a few videos and enjoying a Chinese takeaway. Perfect.

Anyway, what with it being the first day of the new year, now seems like a prime time to talk about my intentions for the year coming up, so let’s do just that after the jump!

The first Cover Game feature of the new year is going to be a visual novel called LAMUNATION!

This is a visual novel originally produced by a company called White Powder and localised by Love Lab, the company who previously brought us both Love³ -Love Cube- and Bullet Girls Phantasia, two highlights of last year for sure.

LAMUNATION! is noteworthy because it’s the first game that they’ve actually released themselves rather than handling the localisation for someone else, so I’m more than happy to give it some attention — particularly as it’s a highly entertaining visual novel with frequent, frequent laugh-out-loud funny moments. 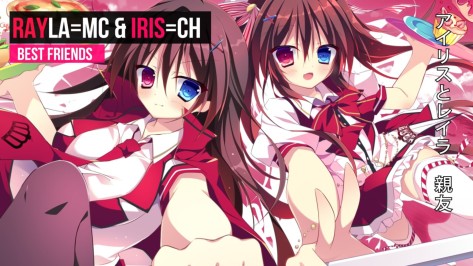 Following this, we’re taking a bit of a trip to Atelier-land. The more I think about this, the more I want to spend a decent amount of time exploring this series, because I’ve had a bunch of them on my shelf for a while and haven’t gotten around to them at all. That all changes today! (Well, in about a month, anyway.)

What’s going to happen is something new… ish. Atelier — or specifically, the Atelier Dusk series, the Atelier Mysterious series, Atelier Lulua, Atelier Ryza, possibly Nelke and maybe even the Atelier Iris series will be the subjects of what I’m going to call the first MoeGamer MegaFeature. This will take quite some time — likely a not-insignificant number of months — but it will give me the opportunity to cross a whole bunch of games I’ve been meaning to get to for absolutely ages off my backlog.

The nice thing about trying out this format with Atelier is that each Atelier game — even within the same subseries — is quite different from the last, and thus it will be interesting to compare and contrast how different games and series do things. As such, there should always be something new and interesting to write about for however long the feature continues for.

The other reason I want to do this is to lay the groundwork for a future project, which is to tackle the entire Trails (aka Kiseki) series by Falcom. As anyone who has played even one of these games will be able to attest, exploring the entire series in detail will, at this point, probably take up the best part of a year — perhaps even a whole year. It’s a journey I want to take, though, and I think it will make for a fascinating feature to explore all of these games one after the other without stopping. 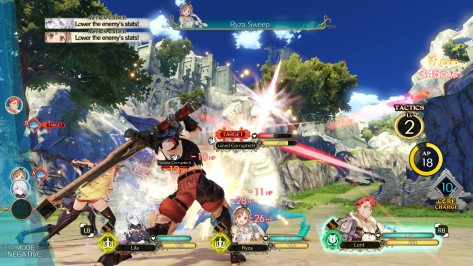 That’s a way off, though; I’m planning on holding fire on that until at the very least Trails of Cold Steel 4 is localised, and perhaps even waiting until we have definitive news as to whether or not the PS4 ports of Zero no Kiseki and Ao no Kiseki as well as the newly announced Hajimari no Kiseki will be coming West. It’d be great to bang out the whole lot in one go. Well, I say “bang out”; it’s a bit of a relative concept when you’re dealing with a series where each chapter is at least 100 hours long.

Anyway, point is, the Atelier MegaFeature — a celebratelieration, if you will (don’t worry, I probably won’t call it that) — will be a slightly smaller-scale attempt to see if it’s practical to take on such a long-term, large project without getting burnt out. And if I do start to feel burnt out, I can always cut it short at a natural “break point” and come back to it later. 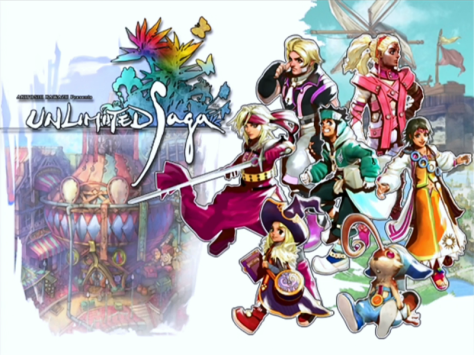 Of course, to add plenty of variety on the site, there’ll continue to be plenty of short-form, one-shot articles surrounding the main features as well as occasional opinion pieces — much as I like to try and avoid them, they do bring a lot of new faces to the site. This is something that I want to do, though, because I know I’ll enjoy it, I know it’ll be interesting and sometimes, y’know, you just have to follow your heart a bit.

Anyway, enough justifying myself; as noted in the podcast earlier in the week, my other tentative plans for this year are to tackle the dreaded Unlimited Saga and try to figure out how the hell to play the damn thing, as well as explore some of my Developer of the Decade’s earlier games, including Trinity Universe and perhaps even Cross Edge, as much as Chris claimed it was “barely playable”. We’ll see!

Over on YouTube Warriors Wednesday and Final Fantasy Marathon will be continuing, because those are both projects that I enjoy doing to kind of chill out a bit; I don’t have to think too hard about them, and they provide an opportunity for me to play some games that I love. We’ll be starting Final Fantasy II this week; I actually like this game a lot more than many other people do, so I’m looking forward to revisiting it for the first time in quite a while.

Atari A to Z has also been going from strength to strength, since it is probably my most popular video content. I really, really love making these videos, and I have many more games still to cover on all the platforms. Although it’s come to my attention in the last couple of weeks that there are very few good games that begin with the letter “N” on the Atari ST. If you know of any, please let me know for next time around the alphabet so I don’t have to dip into licensed game hell again… you’ll see what I mean tomorrow!

And, of course, the MoeGamer Podcast will be continuing whenever both Chris and I can get together to do something. We both greatly value the time we can get together to chat about games, and we’re both really pleased that a significant number of people seem to enjoy coming along for the ride with us. If you haven’t checked out the podcast yet… you’ve got more than 33 episodes to enjoy now, so please check ’em out!

Beyond that, who knows? I’m sure there’ll still be a certain amount of year left to fill after all of the above is accounted for, and I have a few things in mind for when that time rolls around. In the meantime, do feel free to let me know if there’s anything in particular you’d like to see me check out — and we’ll see if I can squeeze it in! 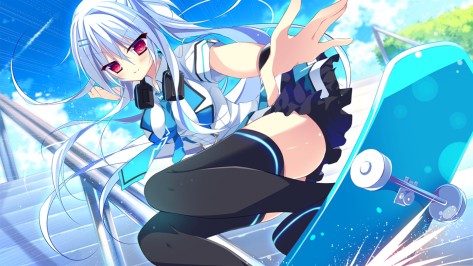