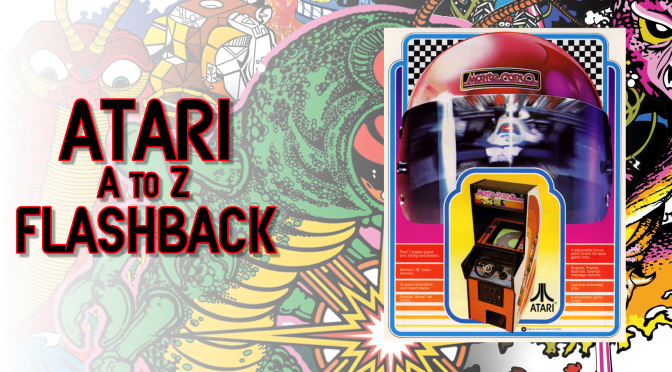 Say the words “racing game” to someone these days and they’ll typically think of a game with at least a passing impression of a 3D perspective.

Prior to titles like Namco’s Pole Position and Sega’s Out Run popularising this viewpoint, however, Atari was happily churning out top-down racers that were a lot of fun to play, beginning with Super Bug before moving on to the unusual cooperative two-player title Fire Truck — which we’ve previously seen on this series — and finally, the full-colour, multi-track Monte Carlo, which saw players racing against actual opponents as well as the course itself.

Like Atari’s other early racers, it’s a game that’s actually still a lot of fun to play today once you get used to how the control scheme maps to modern controllers — and, for me, one of the many highlights in the Atari Flashback Classics collection.