Hey everyone! I shared some future plans with Patrons yesterday (check out this post if you’re a Patron and didn’t see the details) and, having not had any violent objections from anyone, I wanted to share them with he rest of you today.

In simple terms, I’m going to do something a little unusual: rather than immediately jumping into a brand new Cover Game feature, I’m going to go back and finish off a couple that have a bit more to do on them. It’ll still be new (to the site) individual titles I’ll be writing about in both cases, but it makes sense to attach them to existing Cover Game features rather than start a whole new one.

Hit the jump to find out a bit more about what I have planned. 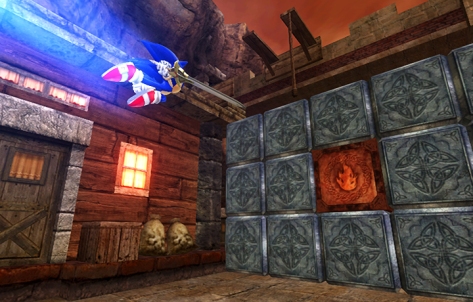 The first thing I want to do is finish the Sonic the Hedgehog feature I did towards the end of last year. This was going really well, but at the time I was still constraining myself to the “one Cover Game per month” format, and thus didn’t have time to check out the last few games I really wanted to explore: specifically, Sonic Colours, Sonic Lost World, Sonic Forces and Sonic Mania. Given that the release of Sonic Mania Plus was the reason I wanted to do a Sonic feature in the first place, this is a bit of a glaring omission!

Consequently, with both 428: Shibuya Scramble and Death end re;Quest having both been fairly heavy going, I thought it might be a nice palate-cleanser to polish off these Sonic games over the course of the next few weeks, alongside the usual one-shot and Delving Into series, of course. As such, starting next week, you can expect the site to return to its Sonic skin from towards the end of last year, and the Sonic the Hedgehog Cover Game feature will become “current” again. If you want to catch up before then, stop by here.

After that, the next thing I want to do is finally finish off the Grisaia series. At the time I wrote the Grisaia feature back in 2017, the English version of The Eden of Grisaia hadn’t yet been released; the all-ages version came first, and then there was a significant delay before the 18+ version (which is the one I’d want to cover) was released. It’s all out now and those of us who backed the trilogy on Kickstarter have finally received our Grisaia Complete Box sets too, so an exploration of all the stuff in there will form a part of the return to a Grisaia feature. 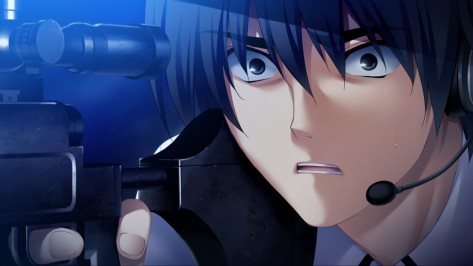 There will be some other titles I’d like to return to in the future, too. I’d like to revisit Final Fantasy XV once all its DLC and patches have finally been released, as the game now is quite a different experience from the version I explored back in 2016. I’m waiting for some sort of “complete” release before that happens, however.

After that, I have a lot of potential titles to cover! I skimmed through my game shelves and picked out nearly a hundred games I already own, haven’t played (in most cases) and want to do a Cover Game feature about. In some cases, these form part of a series (such as a couple of the other Atelier subseries) while in others multiple titles can be “grouped” together — I’m interested in doing a Suda51 feature that concludes with Travis Strikes Again, for example.

Assuming I take roughly a month to do a Cover Game feature (which although I’m not sticking religiously to any more still seems to be about the rough timeframe), 100 games equates to over 8 years of content. And this is just stuff I already own and know I want to write about in detail. And it doesn’t include the numerous digital-only titles I’d also like to explore in detail. There’s new stuff coming out all the time that I want to add to my collection and explore in detail… so MoeGamer will be around for a good long while yet! 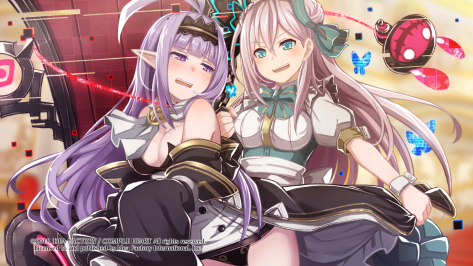 I’m excited about what the future holds. My recent holiday from work has afforded me the opportunity to get a bunch of YouTube videos done in advance, affording me plenty of time to explore the games I love in as much detail as I want while also allowing me to continue my other projects such as ongoing Let’s Plays and Atari A to Z.

As I’ve mentioned numerous times in the past, MoeGamer has become a massively important, incredibly meaningful part of my hobby, and I’d like to thank you all once again for your continued support. It’s a really wonderful feeling to have something that you’re so enthusiastic and passionate about, and have people come along to share in that enthusiasm and passion.

That is always what I’ve been here for — no clickbait (well, apart from that Waifu Wednesday article yesterday, but someone was literally asking for that), no provocative negativity, no tedious articles about sales figures, no deliberately jumping into games knowing I’m going to hate them… just simple, pure, enjoyment of games that I’ve personally found interesting and compelling for a wide variety of reasons, and some suggestions as to why you might want to check them out too. 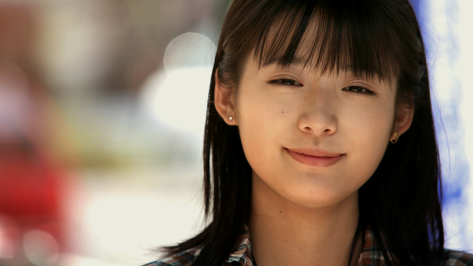 As MoeGamer approaches its fifth birthday (and my 38th!) at the end of the month, I still feel a little sadness that what I do sadly isn’t compatible with the modern commercial games press — meaning that I can’t make working on MoeGamer my “job” — but I feel both great hope for the future, and massive amounts of gratitude for those of you who have been kind enough to join me on this journey. Were I still having to churn out daily news articles for USgamer, I doubt I’d have been able to achieve even a fraction of what I’ve been able to do with MoeGamer since I was laid off. So I guess in the long term that ended up being a positive thing!

Anyway, I’ve got games to play, videos to make and articles to write, so I’ll see you all soon. Have a lovely day!