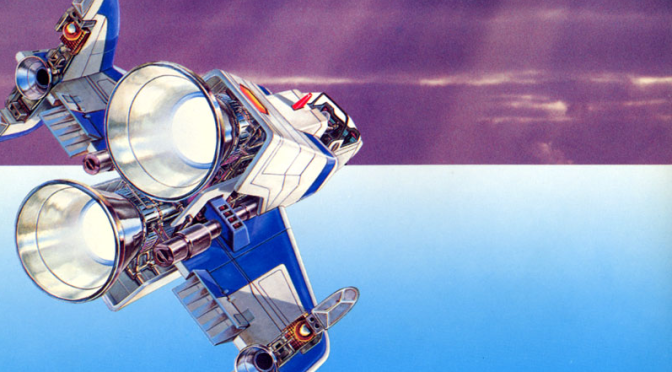 Namco really were trailblazers back in the early days of gaming; so many of their titles were true pioneers.

Much of the vertically scrolling shoot ’em up genre as it exists today owes a lot to 1983’s Xevious, for example. Xevious established or at least popularised genre conventions such as making use of different weapons for different targets, regular confrontations with powerful enemies and dynamic difficulty scaling.

Namco’s port to the Famicom became one of the system’s first “killer apps”, selling a mighty 1.26 million copies — and it still plays great today. And wouldn’t you know it? You can play that 8-bit console version on the Evercade retro gaming system thanks to the Namco Museum Collection 1 cartridge. Let’s take a closer look! 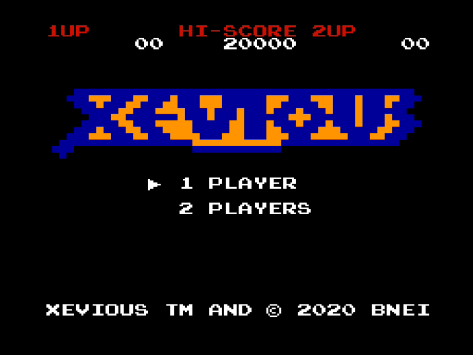 In 1981, Konami was enjoying significant success in arcades thanks to its popular and influential horizontally scrolling spaceship shoot ’em up Scramble. Scramble provided a distinct experience from earlier fixed shooters such as Space Invaders by leading the player on a journey through varied environments, as well as providing them the opportunity to blast away at both aerial and ground-based threats.

Naturally, Namco wanted a piece of this action, so they tasked planner Masanobu Endō and his team with producing a game that could rival Konami’s classic. Initially, they put together a Vietnam-themed game called Cheyenne, but during development the project lead quit and the team was reshuffled; Endō ended up in the lead role and having to learn programming on the job! Nothing like a bit of pressure to give you the motivation to succeed, eh? 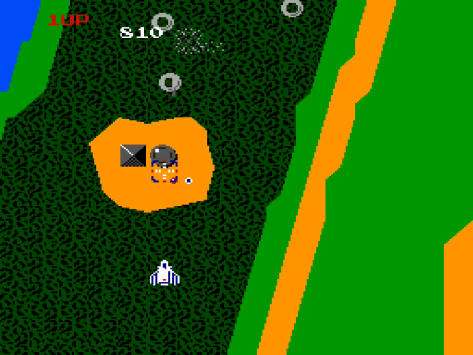 Endō decided that he wanted the game to be quite ambitious in scope, especially for the time period. He wanted it to have the feel of being part of a grand-scale story that was an integral part of the game, and to this end he even went so far as creating a fictional language called “Xevian” to name the various enemies.

Oddly enough, Xevious did incredibly well in Japan, supposedly having a number of cabinets in the wild that rivalled Taito’s legendary Space Invaders and finding favour with what Endō described as “the anime generation”, but floundered somewhat in the West. One has to wonder if Atari’s involvement in distributing and marketing the game in North America may have had something to do with that; 1983, the year in which the “video game crash” occurred, marked a point where the company started to struggle a bit in this regard, having dominated the American home gaming and arcade markets prior to this point. But this is pure conjecture, I hasten to add. 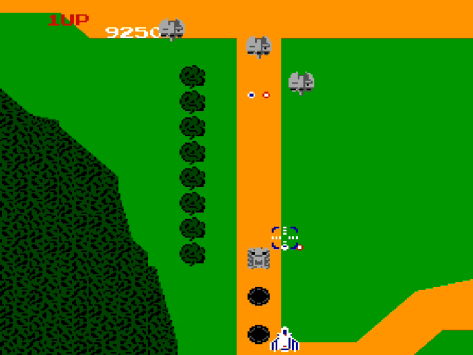 For the uninitiated, Xevious is a vertically scrolling shoot ’em up in which you control a ship called the “Solvalou” as you strike back against alien forces, both in the sky and on the ground. Pressing one of the two fire buttons fires a double cannon in front of you to take out aerial foes; pressing the other drops a bomb which detonates at the point the Solvalou’s aiming sight was when you released the bomb.

From a modern perspective, Xevious has a few unusual aspects — most notably the fact that it unfolds as a single, continuous experience rather than being split into obvious, discrete levels. There are still distinct “areas” to the game, marked by the player flying over a dense forest, but there’s no end-level bonus or transition, and while the game provides some early examples of boss encounters to challenge, these are not at the end of every stage. 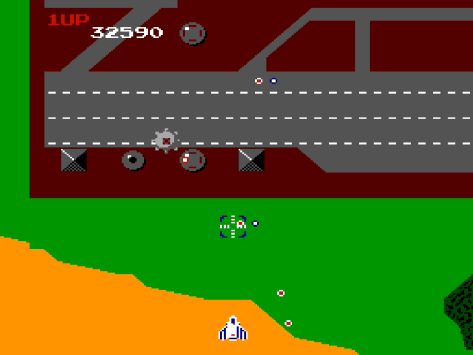 From a mechanical perspective, Endō wanted the game to be accessible and inviting to new players, but also provide a stiff challenge to veterans. To that end, he incorporated a dynamic difficulty scaling system whereby players who are doing better in the game are confronted by enemies that are more difficult to deal with, but those struggling can reset the difficulty either by dying or shooting a specific ground target. And at the other end of the spectrum, the game is generous enough to allow players who make it about 70% of the way through a stage to skip forward to the next one upon losing a life.

Endō also incorporated a few hidden features, primarily for his own gratification. The hidden “Sol” enemies, which can only be found by watching for the Solvalou’s sight flashing when there is apparently nothing there, were not popular with Namco, but Endō claimed they were a bug and left them in. Endō was also a fan of Namco’s underappreciated maze classic New Rally-X and wanted to show it some love, so he hid some of the game’s iconic “S-flags” in Xevious to pay homage to the game he felt had been unfairly overshadowed by Pac-Man. 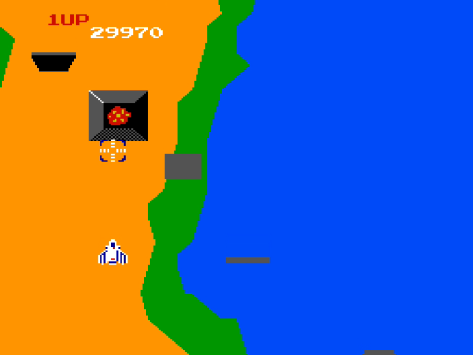 Xevious’ presentation is a little unusual, too. Eschewing the noisy, brash bombast of more recent shoot ’em ups, Xevious actually has an oddly gentle, polite feel to it all. Aerial enemies make a pretty tinkling noise when you shoot them, explosion sounds are deliberately subdued and the whole experience is accompanied by a never-ending, infectiously catchy two-bar melodic loop that perpetually twiddles along in the background, providing an oddly hypnotic effect after a while. Even losing a life doesn’t feel like you’re being punished too harshly, because assuming you still have another go left, you get to hear the triumphant Solvalou fanfare once again before returning to your “biddle-iddle-iddle-iddle-iddle-iddle-iddle-iddle”-induced trance.

The NES/Famicom version is an extremely solid port of the arcade version. While lacking some of the graphical detail of the original — the features on the ground look a lot more angular, as if they are constructed from 2D polygons rather than bitmaps, for example — the overall vibe of the game is present and correct, the action moves smoothly and even remains pretty free of the system’s trademark problems with sprite flicker. It’s not hard to see why it proved so popular on its original Famicom release; this was the closest you were going to get to an arcade machine in your home at the time. 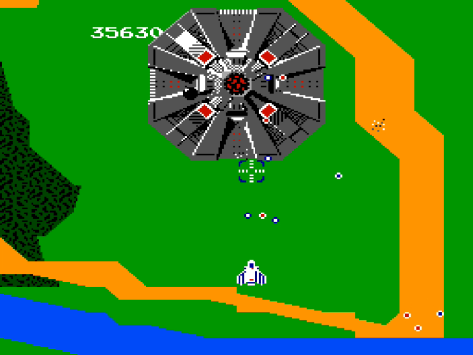 This version feels particularly great to play on Evercade. The system’s responsive D-pad and chunky action buttons make for some very satisfying shoot ’em up action, and with save states you can even save your high scores. (Or perhaps cheese your way past difficult parts, not that we endorse that kind of shenanigans here on MoeGamer.)

Xevious is a true classic, whatever form you choose to experience it in. It’s one of those games that had a profound impact on a huge number of games that came after it — and it still plays brilliantly to this day, so long as you don’t go in expecting the same kind of spectacle modern shooters provide. Now I think I might just chase my high score one more time while I’m taking some screenshots for this piece… 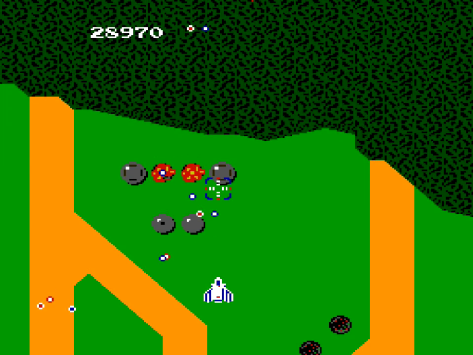 3 thoughts on “Xevious: Are You Devious Enough?”