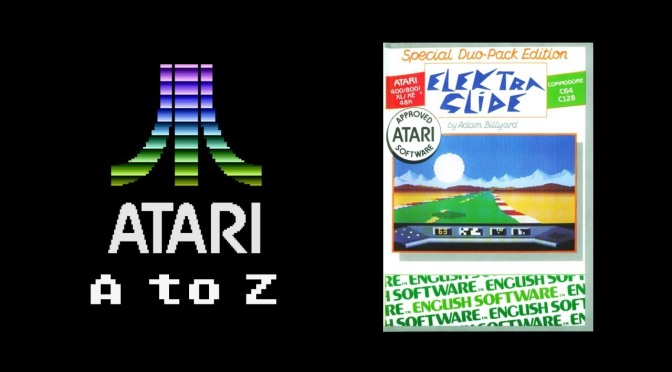 Pretty much everyone who plays games can probably name at least one title that they respect, but absolutely can’t abide the thought of playing ever again.

For me, one of those games is Elektra Glide, an incredibly popular title developed by Adam Billyard and published by English Software. It’s a technical tour-de-force for the Atari 8-bit, for sure, featuring spectacularly speedy 3D-style graphics, parallax scrolling, wonderful use of colour and an incredibly memorable soundtrack.

I also despise playing it with almost every fibre of my being; I’d thought returning to it some thirty-two years after its original release might have caused my opinions to mellow on it somewhat, but nope! Still, it sure is pretty…

5 thoughts on “Atari A to Z: Elektra Glide”