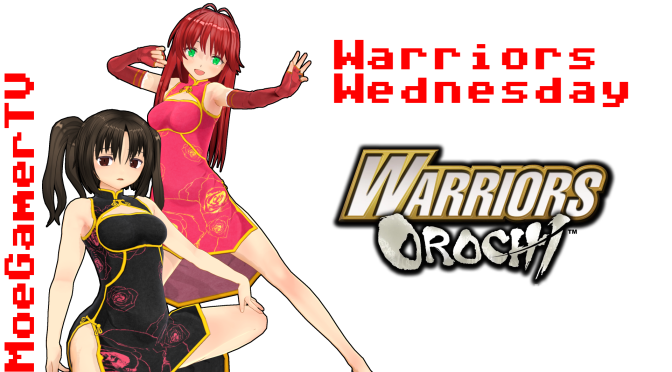 The battles against Orochi’s forces continue as Nobunaga and friends come face to face with a powerful foe.

It’s Da Ji, Orochi’s strategist and a master of disguise. Deceiving the Coalition forces by taking on the appearance of the apparently slain Cao Cao, Da Ji seeks to take control of the battlefield on her own terms.

Nobunaga is not so easily swayed by the formidable charms of a big tiddy strategist gf, however, although he does take a bit of a kicking a couple of times before figuring out the best way to deal with the situation. Hit the jump to see how that all went.

In this episode, we continue our playthrough of Warriors Orochi in the Xbox 360, this time advancing the main story of the Samurai scenario with its second major battle.

This scenario demonstrates how Warriors Orochi demands that you pay attention to everything that is unfolding as part of the battle, not just your immediate objective — while it may be tempting to just wail on Da Ji the moment you find her, you’ll have a much better time of it if you take the time to deal with the chaos her forces are sowing across the rest of the battlefield!

I also figure out a few more of the main combat and progression mechanics in the game. I feel I’ve got a reasonable handle on how it all works now, though the game still presents an enjoyably formidable challenge! Check back next Wednesday for more hack and slash funtimes, and please do subscribe over on YouTube for all my videos if you haven’t already.