It’s been a while since a Community tag post, so let’s let our hair down a bit, since the ever-charming Raistlin was kind enough to nominate me with some very nice words!

This particular tag originated from Cactus Matt over at the excellent Anime Q and A blog — he’s a frequent collaborator with a number of other excellent anime bloggers (some of whom I highlighted last week — more of those to come since I didn’t have time to mention everyone!) and his “20 Questions” format for his reviews is an excellent twist on the usual formula. Go check him out!

As is probably self-evident, this particular tag revolves around, well, building a harem. So hit the jump to find out more and check out my picks! 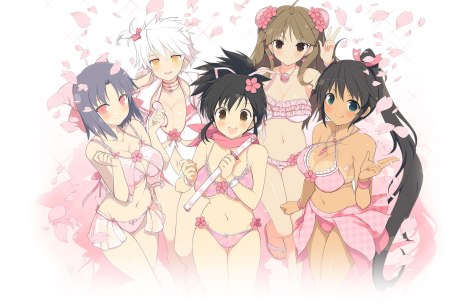 Here are the rules, because there are always rules for this sort of thing. Rules make things fun! Sometimes.

Okay… 1, 2 and 3 are all covered, so let’s get to the fun bit. Because I’m awkward (and because this is a gaming site), I am going to focus on game and visual novel characters rather than anime characters, and you are going to have to deal with it. I’m sure it won’t be a problem, since there’s a lot of crossover between modern Japanese games and anime anyway.

So here we go!

It wasn’t hard at all to pick Yukino Ohama from My Girlfriend is the President for this one, since she’s one of the most lovely characters I’ve ever had the pleasure of spending a bit of virtual time with.

My Girlfriend is the President is a hilarious, sexy and downright fun visual novel that is well worth your time — and Yukino is a big part of that just for being such an overwhelmingly nice person. So much so that I actually felt a bit bad when I played through the other routes!

It was between two Asami Imai-voiced characters for this one, but ultimately I had to come down on the side of one of my first tsunderes: Noire from the Hyperdimension Neptunia series.

Noire is the personification of Sony and the PlayStation brand, and appropriately enough, she is highly capable, intelligent and beautiful — but also arrogant, overconfident to a fault and, at times, obnoxiously competitive. She has a softer side too, though; her friendship with (and possibly feelings for) Neptune helps bring this out, since although Neptune enjoys poking fun at her — particularly for the interests she likes to keep hidden such as cosplaying — Neptune is also one of the most tolerant, accepting friends one could ever hope for.

Noire’s struggle between the dignified facade she attempts to keep up in public and her clear desire to just jump headfirst into her closet otakudom makes her a charming character — and one of the quintessential tsunderes in gaming. 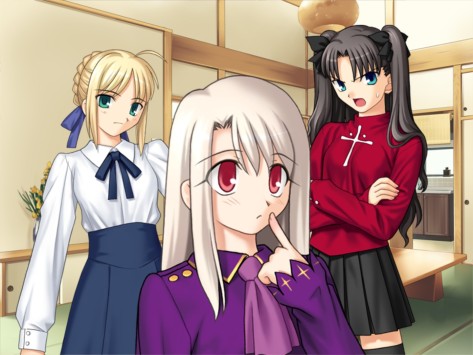 Illya from Fate/Stay night is simultaneously compelling and terrifying, and I maintain that most people’s immediate response to seeing her is dependent on which particular aspect of the sprawling Fate franchise they have encountered first. Since Illya is a rather popular character, she has been explored in a variety of very different ways over the years since the 2004 release of the original visual novel.

Since my first real encounter with her beyond just seeing images of her online was in Fate/Stay night, I was surprised to discover a deceptively young and innocent-looking girl in command of Berserker, one of the most terrifying Servants out there. I was even more surprised to find myself on the receiving end of some of the most genuinely horrifying bad endings in all of Fate/stay night as a result of making incorrect choices when I encountered her!

But then the visual novel subverted my expectations with some delightfully heartfelt scenes between protagonist Shirou and an Illya who was clearly just lonely and desperate for the company of someone who could say more than WHAARRGGGHHHHHGARBL”. The pair developed a rather lovely “brother-sister” relationship as a result, and here, I think, is where Illya’s true appeal really shone through. Despite her unfortunate propensity for violent murder… she makes an absolutely adorable little sister. 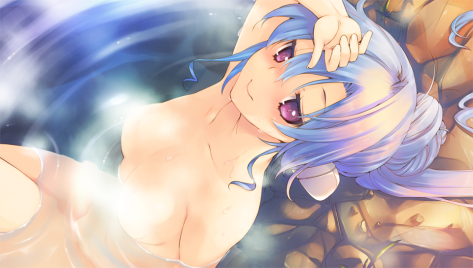 I don’t know if a robot character really counts for this, but sod it, I’m going for Ist from the amazing Dungeon Travelers 2 anyway.

Dungeon Travelers 2 surprised everyone who actually bothered to play it because most people’s initial contact with it was an obnoxiously finger-wagging editorial from widely reviled progressive-Puritan rag Polygon referring to it as a “creepy, porn-lite dungeon crawler”. As so frequently happens with this sort of situation, it turns out that Dungeon Travelers 2 had been grossly misrepresented, and actually had a wonderfully well-developed cast of female characters coupled with some of the best, most mechanically deep dungeon crawling outside of the Etrian Odyssey series.

Ist is a character you encounter partway through the game, acting as an attendant to a rather precocious princess. She’s a maid robot, and consequently acts in a rather cold, distant manner most of the time — but she has a wonderfully sarcastic streak in her at times, and many of her explanations of her functions are delightfully amusing. Particularly the reason why her ears are always covered… 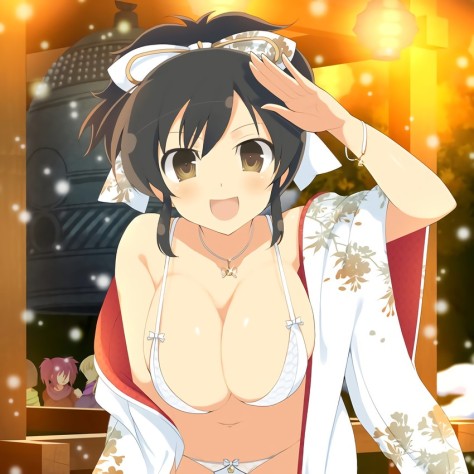 The obvious pick for this one would be Hibari from Senran Kagura, but I’m instead going to go for Asuka.

Asuka is kind of fashionable to bash on in certain quarters because she is often treated as the series “protagonist” — in a franchise with a cast as enormous as that of Senran Kagura, this naturally leaves some people with different “best girls” feeling a bit left out in the cold — but for me, she’s a great leading lady. She’s kind, she’s confident, she’s energetic and she’s just a consistent delight to have around.

A big part of Asuka’s appeal comes from her wonderful voice acting by Hitomi Harada, who manages to capture both her fighting spirit and her wonderfully positive attitude through her energetic delivery.

While I strongly suspect having Asuka around would be absolutely exhausting, it would also never be boring. Also she could kick the ass of anyone who was being a dick towards you, which is always useful.

So there are my picks! I strongly suspect most of the people from the anime blogging community that I follow have already been nominated for this at least once by now, but on the off-chance they haven’t, I’d love to see what Kimchisama, nesha senpai, rossiroad, Lethargic Ramblings and Shokamoka (because it’s obligatory to tag Shokamoka in these things) have to say on the subject.

And if you haven’t checked out their blogs… be sure to do so! Anyway, that’s that. Have a nice weekend!