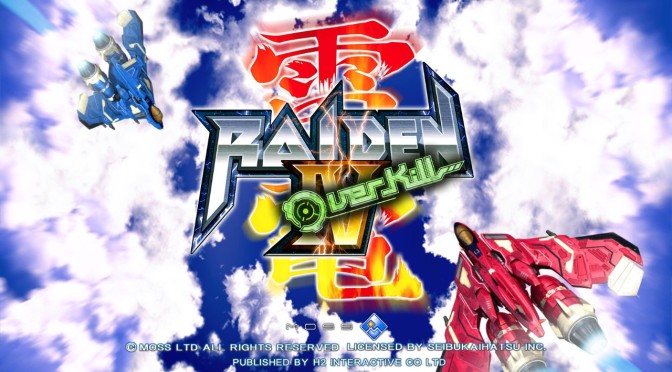 The Raiden series is a venerable one in the world of video games, albeit one that is not quite as prolific as some series of similar age.

Originally appearing in arcades in 1990, the original Raiden followed the mould of vertically scrolling shoot ’em ups that had been established some eight years previously by Namco’s Xevious and later expanded on by other classics such as Capcom’s 1942 (1984), Nichibutsu’s Terra Cresta (1985) and Konami’s Twinbee (1985).

Raiden didn’t reinvent the wheel, in other words, and it could be argued that its subsequent installments haven’t, either — but the series remains nonetheless a distinctive, noteworthy entry in gaming history, with second-to-latest installment Raiden IV: Overkill being one of the best, most satisfying yet. 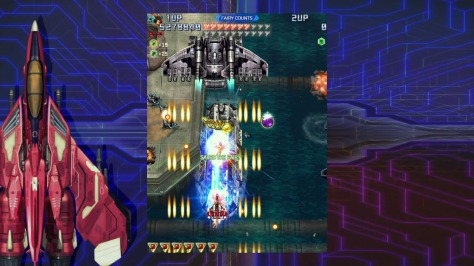 The basic gameplay in Raiden IV hasn’t fundamentally changed all that much since the series’ inception in 1990. You proceed up a series of vertically scrolling levels, destroying enemies and collecting powerups. Said powerups can affect both your craft’s main gun and the supporting missiles that it fires, and one of the most distinctive features of the Raiden series since the beginning has been the fact that timing is important when collecting these: while they’re still floating around the screen, they cycle between several different colours, each of which has a different impact on your weaponry.

The basic weapon that you start the game with is a fairly conventional shot with a slight spread to it. Collecting further red powerups increases the number of bullets you fire, their rate of fire and the overall arc that your shots cover on the screen. This weapon is particularly useful for dealing with swarms of popcorn enemies, and can be powerful when used against stronger foes that require more hits, though in order to take full advantage of it to focus down a powerful enemy, you need to close to nearly point-blank range to ensure your entire spread hits them.

Alternatively, by collecting a blue powerup, your shot changes to a much narrower but considerably more powerful laser, with subsequent blue powerups increasing the width of the beam, but not its spread. This is the most powerful weapon, ideal for focusing down bosses or strong enemies, but its lack of spread means you need to keep a sense of situational awareness about you, since you won’t catch passing enemies in the crossfire. 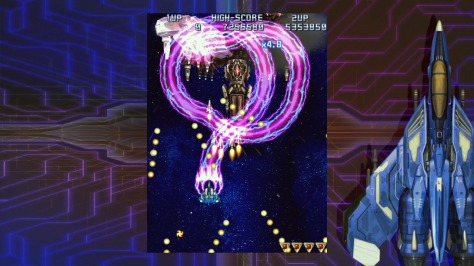 Probably Raiden’s most iconic weapon was first introduced in Raiden II and comes from the purple powerups. Affectionately referred to as the “toothpaste laser”, this is a beam that fires from the front of your ship and automatically locks on to enemies around the screen, bending and twisting around itself to catch as many foes as possible. Further purple powerups increase the width of the laser, allowing it to more easily latch on to enemies. This weapon is a great deal of fun to use and very accurate, but it’s also the least powerful; its primary strength is being able to lock on to and continuously damage multiple targets at once rather than focus down a single foe.

Raiden IV actually allows the choice between two different variants of the “toothpaste laser”; its original incarnation from Raiden II, and a variant introduced in Raiden III, in which multiple “tentacles” extend from the front of the ship and attack nearby enemies. Both have their strengths and drawbacks, and both are amusingly satisfying to use.

Raiden IV: Overkill features a number of different ways to play. The standard arcade mode provides multiple difficulty settings, the lower of which are quite accessible even to shmup newbies, while the upper levels will have you throwing controllers through the window. In this mode, you’re rewarded for quickly dispatching enemies; destroying an enemy when it first appears on the screen will net you five times its standard amount of points, with the multiplier rapidly declining the longer they stay on screen. In this way, you’re encouraged to learn the levels and determine the best combination of weapons to use at different points in order to maximise your scoring potential — particularly since this multiplier mechanic also applies to stronger enemies and even body parts of bosses. 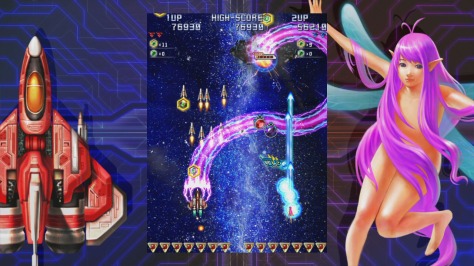 The new “Overkill” mode adds a different twist to the game’s scoring mechanics. The standard multiplier system is replaced with a combination of things: firstly, collectible medals that are added up at the end of the level and contribute to your score, and secondly, the titular Overkill system. This mechanic allows you to continue firing on stronger enemies as they crash to the ground, and doing so gradually fills a meter with several divisions on it. Each division of the meter corresponds to a larger collectible “Overkill” bonus after the enemy finally explodes, so you’re encouraged to deal as much damage as possible to a foe you’ve already defeated to maximise your point-scoring potential. This can be risky, of course, since it’s very rare you’ll be facing just one enemy at a time!

The different ways to play, coupled with the variations in level and enemy design across the different game modes, mean that Raiden IV: Overkill has a good amount of depth and replayability, even for shoot ’em up veterans. It’s a hard game, too, despite not following the danmaku (bullet hell) mould, but it never feels unfair, either — any time your ship goes down in flames, you know it’s entirely due to your own carelessness, lack of observation or simply reactions that need a bit of training. Or perhaps a lot of training.

Thankfully, Raiden IV: Overkill’s wide variety of difficulty modes allow you to start out with a much easier ride and perhaps even clear the game before moving on to the “true” challenge of the harder levels. There’s no feeling of being “punished” for starting out on the game’s “Very Easy” mode, which allows you to destroy enemy bullets by shooting them, and this is a game that very much rewards a willingness to practice your skills, starting with the basics and gradually graduating towards more and more formidable challenges. 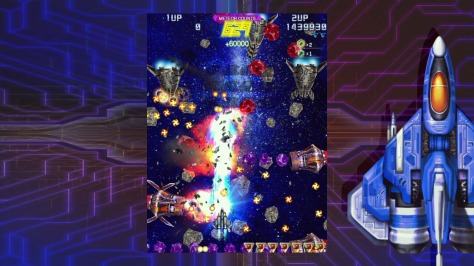 Raiden IV: Overkill is a great addition to any shmup fan’s library, particularly for those who are fatigued by the relentless screen-filling bullet patterns of danmaku titles but still hungry for a challenge. It’s a slick, fluid, highly enjoyable shoot ’em up that will keep you coming back for more time and time again, and will likely take even genre veterans a while to completely master.