Hello everyone, apologies that this is a day later than usual, but the weekend was… trying, to say the least.

On the positive side, we recorded a new episode of The MoeGamer Podcast, which should be with you later today on both YouTube and Soundcloud, so please look forward to that; it was a very enjoyable discussion. On the unpleasant side, however, the news of independent games developer Alec Holowka’s passing and the circumstances surrounding his death had a fair amount of emotional resonance for me. I won’t get into the details of that right now, as it’s still a somewhat contentious issue, but I’ll just say that my thoughts and sympathies are with those who were close to Alec at this difficult time.

Anyway. Let’s turn our attention to cheerier things and have a look at what you might have missed last week.

Senran Kagura Bon Appétit: The Fastest Route to the Heart – Senran Kagura’s third game, a rhythm game with a cooking theme, is a gloriously strange affair, but it carries with it the same charming heart that the rest of the series proudly bears.

Donkey Kong 3: Shot Up the Arse, And You’re To Blame – While Donkey Kong 3 bears little resemblance to its predecessors aside from the presence of the titular giant ape, this peculiar shoot ’em up is still an enjoyable, addictive time today if you take it on its own terms.

Warriors Wednesday: Naughty Boys – Cao Pi finally launches his long-overdue rebellion against Da Ji and Orochi’s forces. But will he be able to overcome the great evil he now pits himself against?

Waifu Wednesday: Mirai – A popular character in the Senran Kagura series, Mirai’s combination of anxiety expressed through anger, self-esteem issues and creativity is something that I’ve personally always found quite resonant!

Wreckfest: This One’s a Right Banger – Bugbear’s latest title — formerly known as Next Car Game — arrives on consoles with a bang, bringing with it a substantial update to the home computer version PC gamers have been enjoying for the last year.

Final Fantasy Marathon: This Was A Mistake – You know, the thing about endgame dungeons is that they’re probably best saved for endgame, as I painfully remind myself this time around.

Taito Essentials: The Electric Yo-Yo – I love exploring the lesser-known, less well-received titles from a well-known developer’s back catalogue. The Electric Yo-Yo is a thoroughly interesting game for a variety of reasons; perhaps not the best arcade title you’ll ever play from these prolific creators, but certainly something a little bit different from the norm of the time!

This week, we take a look at one of ANALOG magazine’s many type-in machine code games, a reasonably solid arcade port from Tengen, and a genre-defining classic for Atari 2600.

First up, Patreon goodness! Right now, I’m supporting chaotic “old men (and Octav1us Kitten, who I also support) attempt to talk about games, usually fail” collective Digitiser 2000, the ever-grumpy (and always hilarious) Cheap Show Podcast, the wonderfully supportive Normal Happenings, independent games writing collective The Well-Red Mage and fountain of retro computer gaming knowledge Rob “Hellfire64” Caporetto, all of whom you can find out a bit more about by clicking through to their profiles.

Here’s a selection of recent YouTube and podcast goodness from several of this lot:

And from around the WordPress reader this week, here are some articles for your reading enjoyment:

What do we owe our readers? (100 Word Anime) – Irina muses on the subject of how writers should approach the way they write: should they consider themselves in “debt” to potential readers and thus obligated to provide what they want, or should they concentrate on the things they want to express themselves?

The Wrath of 121+ Questions (Livid Lightning) – LightningEllen got a bit behind on all those “awards” posts that ask you to answer a bunch of questions so your readers can get to know you a bit better. So she decided to catch up in style… by answering all of them in a single post.

During difficult times like this, your support of my work means the world to me. (Hell, it means the world to me at the best of times, too, but I especially appreciate it when my mental health has been less than optimal.) Thank you, as always, for appreciating what I do, and particularly if you’ve been sharing it around and contributing to the best couple of weeks this site has had for quite some time.

We’re all going to get through this. Even though I’m not entirely sure what “this” really is right now. But by looking out for each other, taking care of one another and supporting one another… we’ll make it through this.

Have a great week, and do your best. 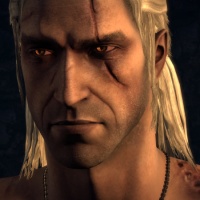 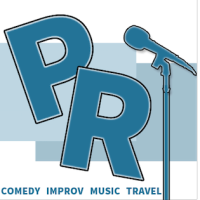 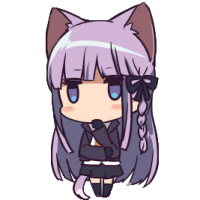 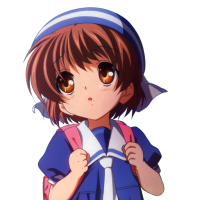 Welcome to The Phoenix Remix

Comedy, Entertainment and Everything in Between