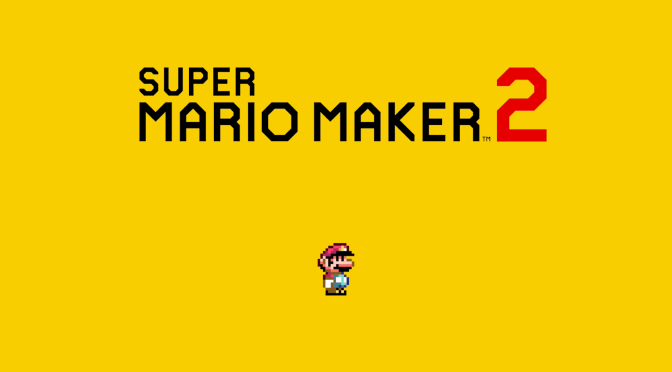 Now Super Mario Maker 2 has been out for a little while, we can consider certain aspects of it in greater detail — something of a necessity when contemplating an online-centric title like this!

There’s already a huge variety of levels out there for you to enjoy, with new ones being added all the time. I’ve even got in on the action with two of my own at the time of writing and more to come — check the game’s Hub Page for the codes if you want to try them!

And, of course, the game is flavour of the month for streamers and YouTubers. But I have a bit of a concern about this side of things in particular; let’s talk about that. 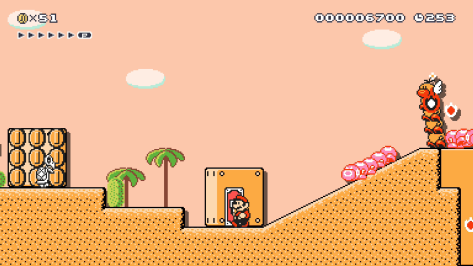 Whether or not you’ve played Super Mario Maker or its sequel for yourself, chances are you’ve run into it online in some form or another. And there’s probably been a bit of a running thread to the coverage: whether it’s the news stories about the unusual “Lucky Draw” level for the Wii U version, success in which was entirely dependent on a 1 in 7.5 million random chance, Game Grumps’ massively popular YouTube playthrough series or Ross “RubberNinja” Donovan’s level construction streams and videos, the overwhelming impression you probably got from it all is that Super Mario Maker is hard as balls.

I get it. At this point I’ve watched every episode of the Grumps’ playthrough of the original Super Mario Maker, and I’m also enjoying their attempts at some fiendish levels that have been constructed in Super Mario Maker 2 so far. It’s entertaining to watch people try (and frequently fail) at things that are difficult, particularly when strong personalities are involved. It’s a good spectator sport. It allows for a sense of physical comedy in a distinctly non-physical medium.

But those levels themselves? Not fun. For me, anyway. I don’t go anywhere near them. I don’t touch the “Super Expert” or even “Expert” options on the Endless Challenge mode in Super Mario Maker 2 because I know they won’t be enjoyable for me to play when I just want to see some cool levels. Sure, it feels great when you try one of these challenges and absolutely nail what it’s expecting of you — which is usually something very specific with little margin for error — but the umpteen times where you don’t nail it are absolutely infuriating. 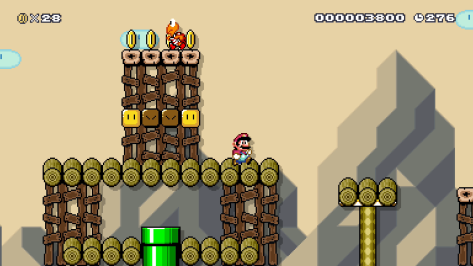 I’ve been trying to work out why this is, and I think it’s mostly because it feels somewhat at odds with how I’ve typically approached Super Mario games in the past. While the early installments — particularly the original Super Mario Bros. and especially The Lost Levels — demanded care and precision, over time, Super Mario games have become prime examples of Nintendo’s “toybox” approach to game design, providing a rewarding sense of accomplishment to even beginner players while also allowing veterans the opportunity to hunt down secrets, find techniques to shave a few seconds off their best times and generally prove their skills.

What happens with the low clear rate levels in Super Mario Maker is that the accessibility factor is gone. There’s one correct way to get past the challenge ahead of you, and if you screw up once along the way, that’s it; try again for you.

Again, this can be immensely satisfying if you’re the kind of player who relishes this kind of pattern recognition challenge, and as previously noted it’s a wonderful spectator sport if you allow yourself to get emotionally invested in the experience alongside your audience. And to clarify: I’m by no means saying that this aspect of the Super Mario Maker experience shouldn’t exist; on the contrary, it’s an important part of the subculture and community that has sprung up around this game. 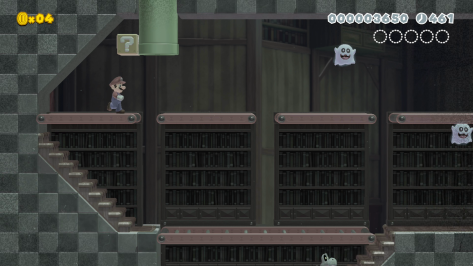 What I am saying, however, is that you shouldn’t forget about the “normal” and “easy” levels. You shouldn’t ignore the levels that eschew gimmicks or clever techniques in favour of simply being well-designed Super Mario courses. You shouldn’t pass up on playing a level just because you won’t be the first person to clear it after millions of failed attempts by others, or if you’re unlikely to get the world record clear time.

I played a bunch of Easy mode on Endless Challenge and was presented with some enjoyable, interestingly designed levels — though since I was scoring extra lives at a much greater rate than I was losing them, it really would have been endless if I’d kept going. After that, I switched to Normal, and was presented with much more challenging stages — but crucially, they didn’t seem deliberately intimidating or unreasonable. Instead, they felt welcoming but firm; they demanded a bit more in the way of care and attention to clear, and often made use of some really creative methods of bumping up the difficulty in appropriate areas.

I played some really good levels in fact — levels that I finished and thought to myself “I really frickin’ enjoyed that” and left a comment expressing that sentiment. But I noticed in many of those cases, I was one of maybe only a couple of people that had even cleared the level, let alone left a message for its creator. 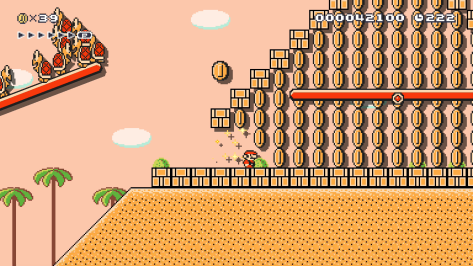 There are countless excellent creators in the Super Mario Maker 2 community already, but I specifically wanted to highlight the one that prompted me to write this article in the first place: a German creator going by the name of Maixmin. Their courses Sand Pipeline (GBS-6SV-MSN), Deadly Canyon (5TS-YLT-BJF) and Forest Ghost House (PC5-YGS-NVG) left such an impression on me that I wanted to give them some love for what had clearly a labour of love for their creator — efforts that had seemingly been largely overlooked by the broader community, judging by their attached numbers.

I guess it’s a bit of a microcosm of the Internet as a whole, really; the things that get the most attention are those that stand out in some way. On social media, it’s whoever is the loudest, or the most contentious, or makes the best memes. In Super Mario Maker, it’s the creators who make levels that become notorious for their difficulty, their clever use of gimmicks or, as in the case of Lucky Draw, their deliberate unfairness. On the flip side of all this, of course, is how much more delightful it is when you do come across the work of someone largely unknown, but clearly filled with passion for what they do.

Once again, I’m emphatically not saying the Super Expert side of things shouldn’t be there. I’m saying that if you’ve been on the fence about Super Mario Maker based on the media that you’ve seen about it — which tends to emphasise this aspect of the experience to the exclusion of all else — rest assured that there are wonderful creators out there constructing courses that normal people like you and I are able to clear! 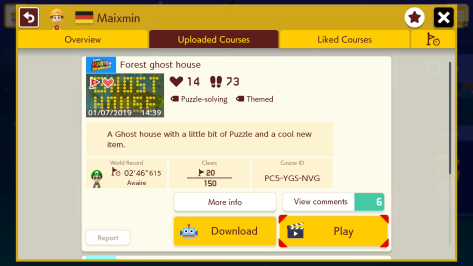 And if you want to try your hand at course design yourself, don’t be afraid to just put your heart into making a really good Super Mario level rather than a super-difficult, spike-filled monstrosity that requires pixel-perfect precision and timing. After all, remember you’ve actually got to clear your own damn course before you upload it!

7 thoughts on “Super Mario Maker 2: In Praise of “Normal””