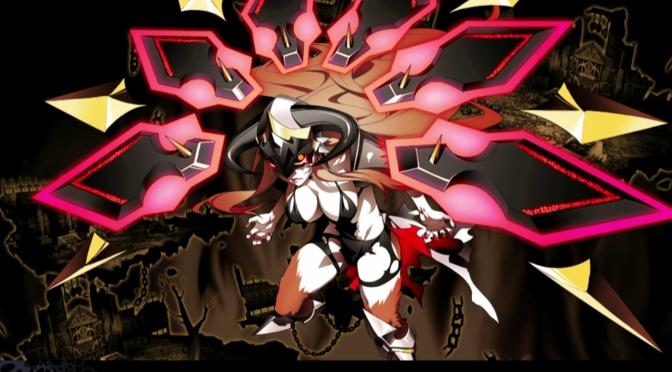 I was something of a latecomer to the RPG party; yes, I was one of those people who discovered RPGs with Final Fantasy VII.

Consequently, I didn’t really grow up with first-person perspective grid-based dungeon crawlers like The Bard’s Tale and the early Dungeons & Dragons games. To the teenage me, an “RPG” was a narrative-heavy game with predefined characters who had limited customisation, and in which battles and boss fights were but punctuation in the overall experience’s storybook rather than the central attraction.

This isn’t to say I didn’t play any first-person dungeon crawlers, of course; just not many of them. And, while I enjoyed some of them — the original Lands of Lore from Westwood Studios being probably the most standout example — I still found the “J” approach to RPGs to be the most compelling and interesting to my specific tastes.

Which is why I was so surprised to find myself enraptured with Kadokawa Games and Experience’s Demon Gaze, a title which recently made it to the West courtesy of localisation specialists NIS America.

Demon Gaze is an unabashedly old-school dungeon crawler at heart, you see. It features grid-based maps and movement, turn-based combat, a party of player-made characters who don’t play a role in the overall story (aside from the protagonist) and tons of secrets. It’s monstrously difficult when you first start out — level 1 characters really are useless at almost everything they try and do — and it will happily kick your arse into next week if you don’t prepare properly for its more powerful enemies.

Demon Gaze is an unabashedly old-school dungeon crawler that wraps the whole thing in the trappings of a more “J” style of role-playing game.

However — and here’s the important thing that attracted me to the whole experience — it wraps the whole thing in the trappings of a more “J” style of role-playing game. There’s an overarching plot delivered through visual novel-style scenes; there are recognisable, interesting and humorous characters to interact with; there’s a feeling that there’s more to life than just exploring grid-based maps and killing thousands of monsters. (And yes, you will have almost definitely killed at least a thousand by the time you beat the game.)

Interestingly, I actually found that this ended up making the dungeon-crawling aspect of the game more compelling and addictive, purely because of the prospect of what was going to happen between expeditions. Said expeditions felt meaningful, because when I returned “home” to the inn which forms the main setting for the story sequences after each adventure, all sorts of interesting things happened. Sometimes I’d have a new soul to deliver to the manager Fran, who would inevitably send me off on some odd job around the inn before she’d turn it into a Demon Key and allow me to summon the demon in question. Other times I’d have found some mushrooms to give to the inn’s maid Pinay, or skulls to give to the inn’s resident mortician (adventuring is a dangerous business) Prometh. Other times still I’d return to the inn only to find something awful, hilarious or, sometimes, both had happened.

Expeditions felt meaningful, because when I returned “home”, all sorts of interesting things happened.

It helps, of course, that the dungeon-crawling is enjoyably well put together. It’s clearly done on the cheap, of course — there’s little in the way of animation, combat is simple and repetitive when hacking and slashing your way through regular monsters, each dungeon has a fairly limited tileset — but that stops mattering once you realise that the levels are beautifully designed. Most dungeons consist of multiple zones or floors, and in many cases you’ll have to figure out the relationship between these areas in order to successfully navigate them. In one particularly memorable dungeon later in the game, you’ll be going back and forth between caves, an underwater section and a lava-filled area as well as repeatedly feeding a golem lumps of mythryl to throw you increasingly far across a huge chasm. Other dungeons feature more self-contained environmental puzzles: in another underwater dungeon you’ll have to contend with currents pulling you around all over the place, while in a graveyard-like area you’ll be dealing with numerous one-way doors arranged into a maze.

It’s the overall coherence of the whole experience that will keep you coming back, though. The characters back at the inn all have their own mysteries that are gradually revealed over the course of the game’s narrative, and they all have their own distinct personalities, running the gamut from the perverted, arse-obsessed bath attendant Kukure — whose character traits are made somehow more amusing by the fact he’s a member of the child-like Migmy race — to the altogether more serious weapon shop owner Cassel, a character who looks like a typical JRPG protagonist and is mostly business when you talk to him… but also a character whose façade tends to slip during his frequent altercations with item shop owner Lezerem, which tend to conclude with one or both of them threatening to jam something sharp up the other’s bum.

Cassel is mostly business when you talk to him, but his façade tends to slip during his frequent altercations with Lezerem, which tend to conclude with one or both of them threatening to jam something sharp up the other’s bum.

It’s a distinctive game with a style all of its own, too. The artwork may not be animated, but it is beautiful. Many of the characters may be designed with a rather moe aesthetic but they’re clearly set apart from one another and immediately recognisable. Some may find the occasional mild ecchi scenes offputting, but they’re few and far between and usually at least somewhat relevant to characterisation rather than purely gratuitous. The monster names may imply typical fantasy tropes, but more often than not even the most mundane of enemies are infused with a huge amount of style. And the demons who are the main antagonists of the game are all far more than just end-dungeon bosses; they each have their own personality, unique design and distinctive “enraged” form that walks a fine line between faintly erotic and terrifyingly aggressive.

Demon Gaze’s stylishness carries over into its soundtrack, too. By taking the unusual approach of incorporating Vocaloid voice synthesis into the music, Demon Gaze’s music will sound immediately different to almost any other RPG you’ve played — even those with very distinctive soundtracks such as the Persona series. It’s also masterfully crafted so that pretty much every track in the game is a complete earworm, and if you’re anything like me you’ll almost certainly find yourself humming favourite songs to yourself throughout the day. This, in turn, proves to be a powerful incentive to go back and play the game some more, since we all know that the only way to get rid of an earworm is to listen to the track in question again. Right?

Anyway, regardless, Demon Gaze is a solid game. It might not be perfect — character customisation in particular is lacking compared to some of its dungeon-crawling brethren, and some may find the repetitive random combat to be a turn-off — but it is both enjoyable and addictive… and proof that there’s plenty of life in this particular offshoot of the JRPG genre yet. And that now, I clearly have a lot of games I’ve missed out on that I should probably catch up on.