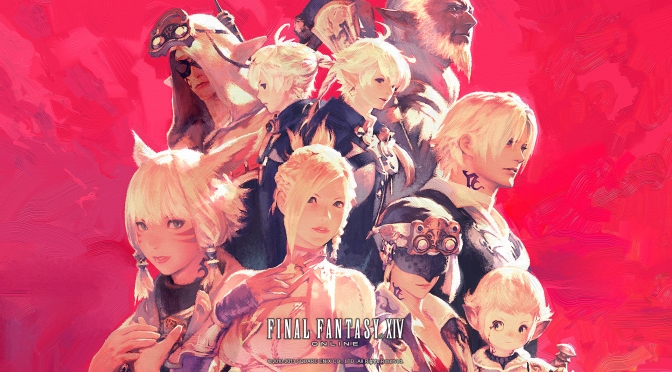 MMORPGs are constantly changing games, both in terms of the content they offer to players and the community that plays them.

This is particularly apparent in Square Enix’s MMORPG Final Fantasy XIV: A Realm Reborn, which has been ticking along nicely since its release (well, re-release) last August. Ever since producer Naoki Yoshida and his team threw open the doors of their fantasy land to all and sundry, they’ve been listening very carefully to feedback from the player base and continually tweaking and adjusting the game accordingly.

Some of these changes are welcome. Some less so. And some just need a bit of refinement. The Zodiac Weapons quest added in the most recent major content patch Through The Maelstrom is one very clear example of the latter. 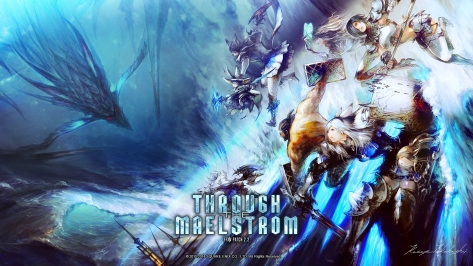 Yoshida and company have a lot of systems to balance very carefully in A Realm Reborn, and tweaking one bit of the game can have a number of potentially unexpected knock-on effects. Take the way in which players have been gaining experience for pre-endgame characters since launch, for example: in the initial release of the game, the most efficient means of gaining experience was to take part in Full Active Time Events (or “FATEs”) — short, simple, public quests that pop up around the world and generally require you to either fend off a swarm of enemies or defeat a boss together with the people around you — and consequently each zone was usually heaving with activity as parties of players simply moved from FATE to FATE, cutting them down with ease like a plague of locusts.

This was good in a way, as it meant that players were engaging with the FATE system. It was also bad, because it meant that solo players were often left without a hope in hell of being able to contribute to a FATE in a meaningful manner — and given that the amount of experience you gain from a FATE is dependent on your contribution to the overall effort, this was a bit of a problem.

So they changed it. In Patch 2.1, known as A Realm Awoken, the four-player dungeons were given a considerable experience boost, making them a considerably more attractive proposition for players. This, as you might expect, caused the majority of the player base to shift from FATEs to dungeon-crawling which, again, had good and bad effects; good because it meant you could almost always find a party to run a dungeon with relatively quickly, bad because when you actually needed to do a FATE, there was often no-one to be seen because they were all in the dungeons. And, just to highlight this fact, A Realm Awoken also introduced a number of repeatable daily quests, many of which required you to participate in specific FATEs. If you logged in at the wrong time, good luck completing them.

And so we come back to the most recent update, Through the Maelstrom. Among other things, this introduced a new quest for level 50 players who had already completed the “A Relic Reborn” quest — a quest each character class can participate in and acquire themselves one of their chosen job’s most powerful weapons — and wanted to make their equipment even more powerful. This was the Zodiac Weapons quest.

There are two main parts to the Zodiac Weapons quest. Firstly, you have to upgrade your Relic weapon to an “Atma” weapon by collecting twelve Atma crystals from twelve different areas around the game world. Then, you have to upgrade your Atma weapon to an Animus weapon by purchasing books containing Trials of the Braves, then completing said trials. By the time you finish, you’ll have an item level 110 weapon — one of the best pieces of gear in the game in its current form.

Both parts of this quest have proven to be troublesome in their own way — the latter mainly for the sheer amount of grinding necessary to afford the books required — but they’ve had some interesting effects on the game. Most notably, the Atma quest has somewhat solved the barren FATE problem by simply causing the Atma crystals to drop from FATEs. Now everyone — even level cap characters, who don’t need experience points any more — has a reason to participate in FATEs, meaning most FATEs around the game world usually have at least a few people taking part at any one time. This means that players who prefer to play solo — i.e. not play through organised cooperative content such as dungeons — can once again jump into FATEs and have a good chance of being able to complete them successfully, and for the most part the “plague of locusts” problem from the early days of the game seems to have been toned down considerably, since people are now more evenly split between different types of content.

Here’s the problem: those damn Atma crystals. They have an extremely low drop rate — somewhere around 5% — and thus it’s not beyond the realm of possibility for you to complete hundreds of FATEs in a single area and never make any progress on the quest. This is, as you might expect, frustrating for some players. Speaking personally, it hasn’t actually bothered me too much because running back and forth between FATEs is something you can easily do while doing other things — queueing for a dungeon, say — and plus, I’ve never really been one to want to rush through everything the game has to offer as quickly as possible. But, I feel, I am the exception rather than the rule in this regard.

But Yoshida and the team are paying attention. They know that some players are getting frustrated with the experience of hunting down these Atma crystals and, in some cases, spending hours at a time without any progress. Consequently, they’ve actually delayed the next step of the weapon upgrading process — originally set to be continued in the next patch — to allow players to complete the process, and also to tweak its difficulty. They’re also looking at rebalancing the subsequent stage with, hopefully, a more feasible chance of completing relatively quickly for those who prefer to do so.

It remains to be seen if the proposed tweaks will help make the process a little more enjoyable or at least less time-consuming — but given that there are players now who are actively refusing to go through the process multiple times for their various level 50 classes after the pain doing it for the first time caused them, it probably can’t get any worse! Let’s hope we can all look forward to shiny new weapons in our Armoury Chests soon.

Eorzea Diaries is a regular look at the world of Square Enix’s MMORPG Final Fantasy XIV: A Realm Reborn. If you want to come play with me, you can find me on the Ultros server cleverly disguised as the Hyur female Amarysse Jerhynsson.