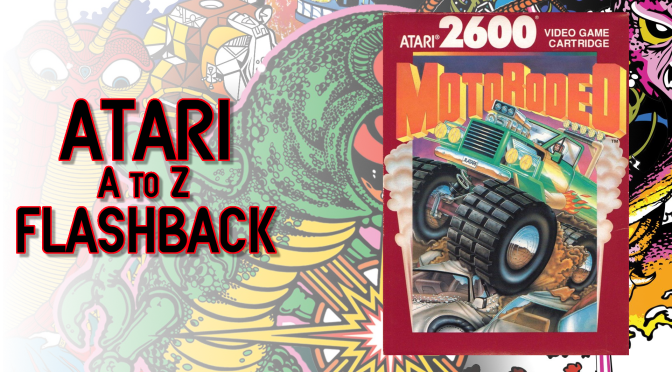 The Atari 2600 had such a long lifespan that there is a huge difference between games that came out in its early days and those which appeared in its twilight years.

Motorodeo is one of the last games to be officially released for the platform, and it’s an ambitious affair, to be sure. It’s got a rough approximation of physics, it’s got scrolling levels — it’s even got split-screen multiplayer, which was an unusual sight on the 2600.

Some might argue it’s trying to do a little too much for the ageing platform, but it’s certainly a valiant effort if nothing else. Check it out in the video below, and don’t forget to subscribe on YouTube for more.