Throughout the 8- and 16-bit home computer and console eras, we saw numerous developers “paying homage” to one another’s work — and often developing their own interesting twists on the formula in the process.

One cannot look at Data East’s 1989 release Midnight Resistance and not think of Konami’s Contra from two years prior, for example, but in practice the two games play quite differently, developing their own distinct identities in the process.

These days, Contra is by far the better known game, but that doesn’t mean you shouldn’t explore Midnight Resistance for yourself. And, as luck would have it, Midnight Resistance can be found in its Mega Drive incarnation on the Data East Collection 1 cartridge for the Evercade retro gaming system — so let’s take a closer look!

In the arcade original version of Midnight Resistance, there wasn’t much of a story: you and a friend are out to take down King Crimson (no, not that one) because he kidnapped your family, and that’s about it. For the home releases, as often happened in the ’80s, the backstory was fleshed out a little bit so there was something to put in the front pages of the manual.

Now, you take on the control of Johnny Ford, who is returning from a mission busting drug cartels in South America only to find that King Crimson has kidnapped his entire family. And there’s a reason for it this time; it seems that Johnny’s father Malcolm was in the process of developing a serum that could break anyone’s addiction to narcotics — and, of course, that would be bad for King Crimson’s business. Unable to seek help from the government — presumably because whoever he called on the phone just laughed at the absurdity of his story — Johnny sets out on a heavily armed rescue mission in which he hopes to put paid to King Crimson’s dastardly shenanigans once and for all. 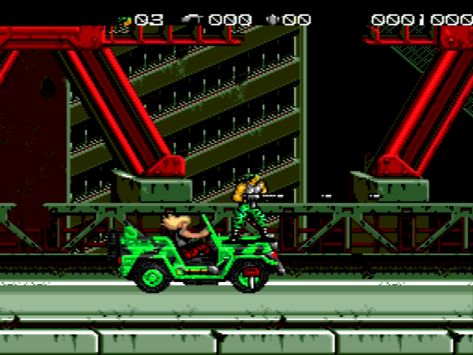 Midnight Resistance unfolds as a side-scrolling run-and-gun game. The arcade original had a rotating joystick similar to the “Loop Lever” found in SNK’s early arcade games such as Ikari Warriors and World Wars, which allowed the player to move and aim independently, but obviously this wasn’t an option for home ports. Instead, several control schemes are on offer, with the default (and simplest) allowing you to “lock” the direction Johnny is firing by holding down a button, and others allowing you to manually rotate Johnny’s arm in a somewhat cumbersome fashion.

Interestingly, Midnight Resistance features an auto-fire system, where Johnny’s gunfire is toggled on and off with a button rather than requiring either rapid-fire taps or holding the button. This makes the aiming controls much easier to manage because you don’t have to tie your fingers in knots to point your line of fire in a particular direction; it does take a bit of getting used to, yes, but once you get your head around it, you have a lot of flexibility to move while firing at specific points on the screen.

And you’ll need to; Midnight Resistance doesn’t just see you moving from left to right. There are frequent sequences where you’ll find yourself climbing up or down something and having to deal with enemies that are above and below you, as well as powerful boss enemies that require you to aim carefully while avoiding a relentless barrage of attacks.

As you defeat enemies in Midnight Resistance, many of them will drop keys. You can carry up to six of these, and between each level you can “spend” them on unlocking glass cases that contain various upgrades. If you lose a life, you’ll drop all your keys and any weapon upgrades you had, but all of these can be recovered so long as they didn’t fall too far off the current screen you’re on.

The weapon upgrades come in two main forms: variations on Johnny’s basic shot, which include shotguns, rapid fire cannons and three-way blasters; and special weapons which go off when you push “up” on the directional pad. These include a shower of napalm, a barrage of homing missiles and an exploding shell that sends out flaming waves in eight directions. Each of these have limited ammo, but the game is rather generous with the amount it provides, even if you keep autofire turned on for an entire level — just make sure you keep a few keys on hand to restock when you get to the end of a stage.

Midnight Resistance is presented nicely, with clear and colourful visuals with a good sense of style about them. Movement is rather sluggish compared to the games in the Contra series, but after a while it becomes clear that this is probably deliberate; much of Midnight Resistance involves positioning yourself correctly to ensure you have a tactical advantage over your opponents while keeping yourself safe, and the slightly slower pace makes this a lot more practical.

Particular praise should be given to the music, which is absolutely delightful. The Mega Drive port of the game featured a different soundtrack to the arcade original, and is the work of one Hitoshi Sakimoto, who would later go on to score Square Enix classics Final Fantasy Tactics and Final Fantasy XII. Sakimoto’s soundtrack is triumphant, melodic and enormously catchy; it carries a wonderful sense of urgency that spurs you on in your mission, but simultaneously makes you feel like the baddest badass in the entire land of Ass.

Midnight Resistance presents a stiff challenge, particularly to those who aren’t accustomed to the often unforgiving nature of 16-bit sidescrollers, but it’s eminently fair throughout. Enemy attack patterns can be learned and anticipated, and progress in the game always feels like a matter of skill and understanding rather than blind luck. It’s a hugely enjoyable game with one of the best soundtracks on the Mega Drive, and well worth your time, even today.

2 thoughts on “Midnight Resistance: Under Lock and Key” 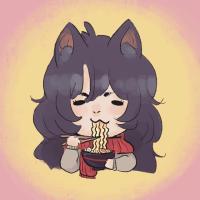