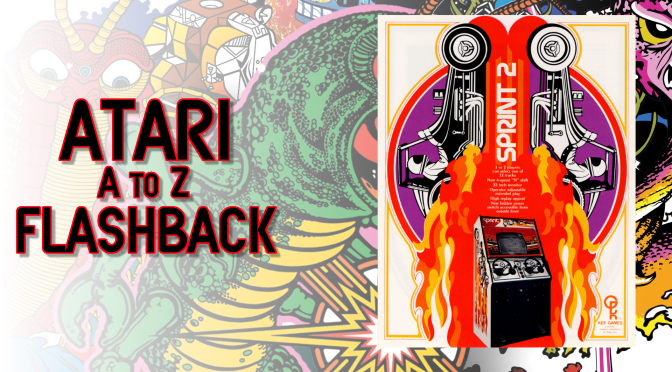 Back before makers of arcade games figured out how to do a vaguely convincing 3D effect, racing games tended to be strictly top-down affairs.

Sprint 2, developed by Kee Games (actually Atari in disguise so as to get around contractual obligations) was one of several examples from this early era. Pitting either one player against a computer-controlled car or two friends against one another over twelve different tracks, it helped define the early days of a genre that has grown and changed significantly over the ages.

The oldies can still be goodies, though, and I still have a lot of time for Sprint 2, as simplistic as it is!