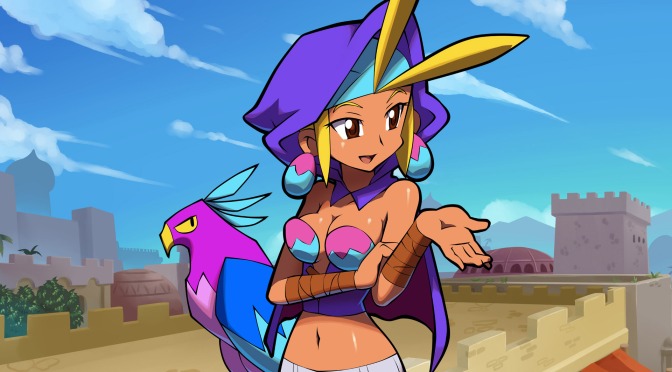 Well, after covering the titular heroine herself, her biggest rival and one of her best friends, it wouldn’t do to leave the other core female cast member of the Shantae series high and dry, would it?

Sky has been a fixture in the Shantae series for as long as all the other main characters, and she’s had some interesting development over time.

She’s one of numerous examples that the team at WayForward has become increasingly comfortable and confident with putting these characters in a variety of situations, and making them a true ensemble cast to be proud of.

Sky is first introduced in the original Shantae for Game Boy Color, in which, much like the other main NPCs, she primarily acts as a means of unlocking the next dungeon. We learn that she’s interested in birds and has a particular favourite from among her feathered friends known as Wrench.

For those who never played the Game Boy Color original, Wrench may seem like an odd name for a bird. But it’s all in the name of a single throwaway visual gag, in which Wrench latches on to two “bolts” holding a dungeon door shut with his beak, then proceeds to loosen them like a… well, you know… for Shantae before flying off. It’s a genuinely amusing moment — and one of the few instances in the series where a joke from the past isn’t directly referenced or brought up again in the more recent games. Those who have been there from the start can feel suitably smug about that, although if you look close at Wrench’s design, you can still see hints of the “tool” about him. 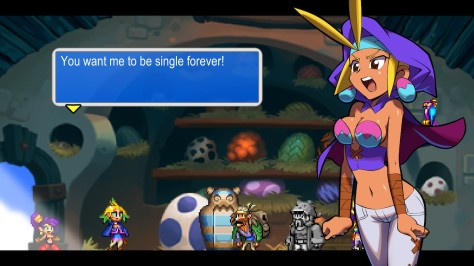 Sky giving Wrench such a name is actually a pretty good indicator of her character: she’s the practical type, and typically acts as a sort of “big sister” to the other core cast members. She’s frequently exasperated at Bolo’s drooling over attractive women, has a slightly uneasy rivalry with Rottytops for the status of “Shantae’s best friend” and often has a friendly word or advice to offer the half-genie on her adventures. She plays a particularly key role in 1/2 Genie Hero, having discovered that feeding Wrench salted caramel causes him to expand to a large enough size to carry human-sized passengers. For “a few seconds”, anyway.

Sky is an attractive young woman, but modest with it; while her typical outfit shows off her attractive midriff, we can assume that Sequin Land is a particularly warm place, what with its desert to the west of Scuttle Town and its generally “Arabian” theme going on, and thus deduce that she’s dressing this way for practical purposes rather than in an attempt to show off her admittedly admirable figure. This is further emphasised by the fact that she’s pretty much always seen wearing a headwrap and a hood, obscuring most of her hair save for a couple of rogue strands that always stick out of the front. She dresses for comfort rather than fashion, in other words — though in doing so she creates her own distinctive, instantly recognisable style. 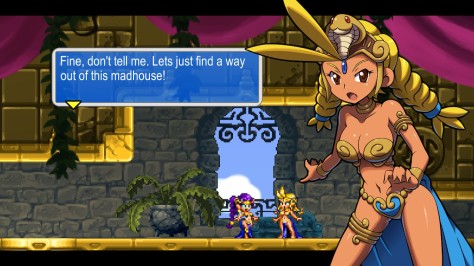 The way Sky dresses also gives her a bit of an air of mystery about herself; it’s quite a surprise when, during an amusing sequence in Shantae and the Pirate’s Curse, we discover that she has long hair that looks great in long plaits; we also discover that her modesty is perhaps not just for practical reasons, since of all the characters, she seems by far the most uncomfortable to find herself clad in a distinctly “Princess Leia in Return of the Jedi“-style princess costume during a series of unfortunate comic misunderstandings.

Sky’s responsible older sister facade also slips somewhat elsewhere during Shantae and the Pirate’s Curse, as she enters into a relationship with Barracuda Joe, originally the attendant of the Ammo Baron’s dungeon in Risky’s Revenge. We learn that Sky has actually felt rather insecure about her status as a young, single woman, and when her parents show up we can also infer that she’s probably been under some pressure from them to “settle down”, despite her age being commonly assumed to be only around the 17 or 18 mark. 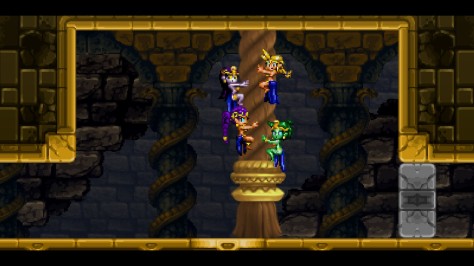 Sky’s parents are wonderfully crafted characters, since they perfectly embody the idea of parents who love their child dearly, but whom the child finds rather embarrassing to have around, despite, deep down, loving and respecting them dearly. An unfortunate mistake by Sky’s father — one which ultimately costs Sky her relationship with Barracuda Joe, although some may argue that was doomed from the start — throws further fuel on the fire, causing Sky’s composure to completely break as she allows herself to, for once, act like a stroppy teenage girl. It is, as anyone who has witnessed this sequence in Pirate’s Curse will attest, rather understandable that she is upset by this whole turn of events; it’s just surprising to see Sky let loose so much. Surprising, but fun.

By the time 1/2 Genie Hero rolls around, we can deduce that Sky has probably — at least temporarily — given up on the idea of seeking a relationship, and has instead thrown herself into her work. Her hatchery seems more well-stocked with eggs than ever before, and she takes a much more active role in helping Shantae with her quest, “piloting” the giant Wrench between the various stages. She, of course, also steps right up to the plate during the events of the Friends to the End DLC, cooperating with both Bolo and Rottytops to help free Shantae from the unfortunate situation in which Risky Boots left her. 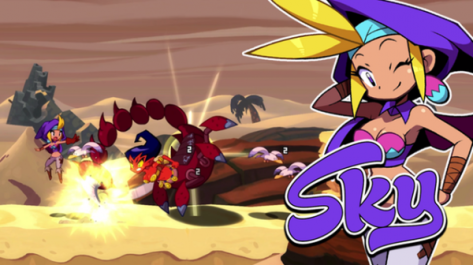 Sky is a delightful character to have around throughout the entire Shantae series. She’s a comforting presence for both the player and Shantae herself, and is one of many contributing factors to how internally consistent the series as a whole feels in narrative terms — even if Sequin Land seems to reinvent its whole layout rather radically between each installment!

Plus who wouldn’t want an awesome big sister to summon an army of birds to support you when you need a bit of help? Sigh… Reality is so boring sometimes…