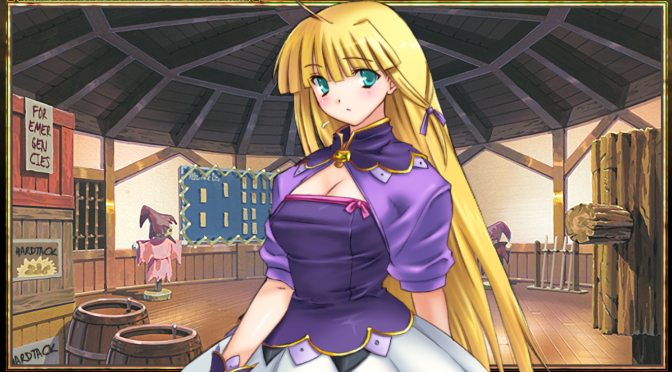 Rance 5D’s main heroine Rizna Lanfbitt is a great character — and pleasingly, she gets plenty of time in the spotlight in the subsequent games, too.

Initially presented pretty much as a textbook example of a “damsel in distress” — right down to being trapped inside a castle, fairy tale-style — Rizna shows herself over the course of her subsequent adventures to be a character with considerable depth and appeal to her, not to mention plenty of flaws that humanise her somewhat.

One might argue that Rance perhaps isn’t the best influence on her, given the things she’s been through, but when our “hero” isn’t taking advantage of her, they enjoy a good relationship that comes across as one of the most genuine friendships in the series. 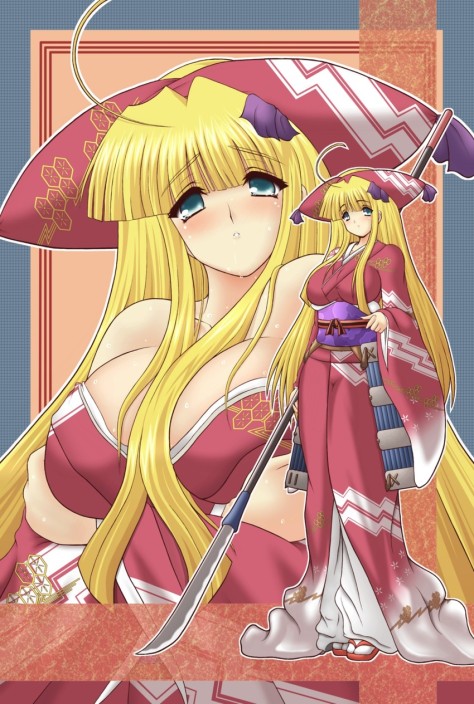 Rizna was born in GI0971, which means by the time Rance first encounters her she’s technically well into her forties, but the circumstances described in Rance 5D — to cut a long story short, time was “stopped” for her — mean that she retains the appearance she had when she was eighteen years old. Not only that, but her long isolation from the real world mean that she has a certain degree of innocence about her, particularly when it comes to trusting others and reading situations.

Her innocence in this sense is sharply contrasted with her rather intense sexual proclivities, the result of her suffering many years of abuse during her period of imprisonment. She is at once both insatiable and deeply ashamed of her body; Rance, enjoying sex with beautiful women above everything else in existence, takes full advantage of this, but in his own way starts to show a certain amount of consideration for her over time as their genuine feelings of affection for one another grow.

Rizna’s development over the course of Rance 5D and VI is fascinating to watch. We learn from her companion and confidant Kagekatsu that she has a tendency to get tricked by people, which is partly what caused her to end up in the situation she was trapped in, and partly what caused her to suffer the abuse that left her body in its perpetually aroused state. We see her genuine trust in Kagekatsu, even as Rance appears to be offering her a way out of her predicament. And we see her learning to question things rather than taking things on blind faith — though some old habits are very hard to break.

In Rance VI in particular, we see her grow to be much more assertive; our first encounter with her in that game is surrounded by a group of hannies, which she has become a sort of “leader” of thanks to her longstanding good relationship with the series’ recurring monsters and mascots. She subsequently joins Rance’s efforts with the Ice Flame resistance, and this time it seems it’s very much her choice rather than her feeling obligated to do so.

From there, of course, we do see Rance trick her into regular sexual encounters on the pretense of “curing” her arousal issues, but as the situation escalates, she becomes much more willing to put her foot down and express herself; after a period of Rance enjoying exclusively anal sex with her at the recommendation of sex slave trainer Tamanegi, for example, she finally tells him that she wants him to stop, and he actually complies; as things progress further, she opens up about the fact that she knows he is continuing to lie to her about “treating” her condition, but isn’t quite able to take that last step and stop him completely.

Her problem is that part of her actually enjoys her liaisons with Rance, as towards the end of Rance 5D she developed genuine romantic feelings towards her brutish saviour. And while she was ultimately rejected by him in favour of his longstanding companion Sill, it’s clear some of those feelings linger — particularly when Rance, dropping all pretense of “helping” her after it becomes clear that the game’s up, says that he just wants to keep having sex with her because he likes it, and he likes her. With her residual feelings, that’s probably hard for Rizna to say no to.

Art by Orion (via Danbooru)

Her enjoyment of these encounters conflicts with her sense of shame, however, and this is where much of Rizna’s complexity comes from. She knows that the way her body reacts is the result of things that were done to her and thus is not really her fault, but at the same time she is hesitant to embrace this aspect of herself for exactly the same reasons, particularly as it leads people like Rance to continue to take advantage of her. It is, however, worth noting that she doesn’t go out and throw herself at any man she sees; she continues to accept Rance’s advances, but no-one else’s. Perhaps she sees Rance’s apparent insatiability to be some sort of punishment for her own lustful ways, or perhaps she would rather indulge her body’s whims with someone she at least knows if not trusts entirely; better the devil you know and all that.

Surprisingly, when presented with an opportunity to rid herself of her “burden” once and for all by the Hanny King, she ultimately chooses not to take it, instead opting for the hannies’ natural absolute magic resistance — an ability unheard of for a human to possess. One could interpret this choice as Rizna reaching a certain degree of acceptance with the person she is, and if not actually embracing it as such, then certainly learning to cope and understand that continually denying herself may well lead to pain and frustration.

One could also see this as a selfless act as she is putting an ability that would be useful to the many people she cooperates with ahead of her own desires; indeed, mechanically speaking, Rizna’s magic immunity certainly makes her a formidable character to have in your party, particularly when fighting mages!

Rizna is immediately striking as a heroine when we first encounter her in Rance 5D, and she only becomes more fascinating to spend time with as the series continues from there. While she may not have been part of our dear anti-hero’s life for as long as people like Sill, Athena and Shizuka, it doesn’t take her long to establish herself as an important member of the overall cast, and as a highly memorable character in her own right.