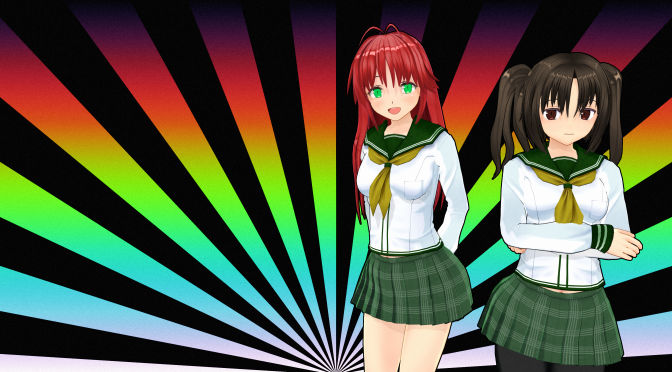 November 4 is Game Day for this year’s Extra Life — at least for me.

I don’t tend to do a lot of streaming, but my 24-hour stint playing Final Fantasy XIV for Extra Life two years ago was a lot of fun, so I’m looking forward to this session too! I hope you’ll join me for some of the day.

My plan for the day as a whole is to take a look at gaming through the ages, with a particular focus on the experiences that have defined my own gaming career over the years. I’ll be starting with some Atari 2600 and early arcade games — both just slightly before my time, but still worth exploring — and then moving through a series of different eras as the day progresses.

The day’s activities won’t be confined exclusively to Japanese games — largely because it wasn’t until the late ’90s that I first really became aware of them as a distinct “thing” (thanks, PlayStation) and the last 10 years or so that I’ve developed a particular passion for them — but they will be included wherever possible, of course!

Here’s a detailed breakdown of what I’m planning, then. All times are UK time. Remember our clocks go back on Oct 29!

I’m not going to go right back to the very dawn of gaming, but the 2600 and early arcade titles from Atari feature some cool games, and it can sometimes be interesting to compare the arcade versions with their home ports as a sobering reminder of how good we have it these days!

Since most of the games released during this era were fairly “short form” in nature, we’ll likely be looking at a whole lot of different games, primarily those found in the Atari Vault collection on Steam and/or the Atari Flashback collections on PS4. If there are any in particular you’d like to see, let me know!

I grew up with the Atari 8-bit computers, starting with the Atari 400, then the 800XL, then the 130XE. They were — and still are — beloved machines to me, despite tending to lose out to the Commodore 64 and ZX Spectrum in terms of sales. There are a ton of great games on the system, though, so I intend to revisit a variety of favourites and share them with you.

For convenience’s sake, I’ll likely be emulating these games rather than playing on original hardware; I do have a real Atari 800XL, but unfortunately it is poorly (possibly dead) at the moment and my joysticks are all knackered anyway.

The Super NES was my first console, and as such I have a lot of fond memories that have been resurfacing recently thanks to Nintendo’s release of the SNES Classic mini-system. I’ll be focusing on the games found on this lovely little gizmo, and perhaps trying some classics that I never had the chance to play “back in the day” for the first time.

I consider the early to mid ’90s on PC something of a defining era in my gaming history, and looking back on the period now some of my fondest memories come from the shareware games put out by publishers such as Apogee, 3D Realms and Epic MegaGames.

During this session, we’ll be taking a look at some classics and forgotten gems of the shareware business, ranging from the enormously influential to those that very few people remember today!

My PS1 library is fairly small at present, but I’ve got enough fun stuff to fill a couple of hours, primarily things like arcade puzzle games and weird curiosities like Vib-Ribbon. I also have some more substantial stuff like Brave Fencer Musashi, Parasite Eve, Chrono Cross and Xenogears, but I’m hesitant to go for those because I know just as they start getting interesting it will be time to move on!

Now you’re talking. My PS2 library has grown hugely over the past year in particular, so I want to take you through a bunch of underappreciated and overlooked games, including some stuff from D3 Publisher’s idiosyncratic Simple Series, some interesting curiosities and probably a few classics along the way, too. Or perhaps just three hours of Eike’s bandy legs in Shadow of Memories, a game I’ve been keen to revisit for a long time. The PS2 is one of my favourite platforms, so expect some particular enthusiasm here… assuming I haven’t collapsed of exhaustion by this time.

Entering the “modern” era as well as my current love of Japanese games, expect plenty of varied and interesting experiences here. I might try a few things for the first time that I’ve been meaning to get to for a long while, or I might revisit some old favourites. Castlevania HD (above) will almost certainly be involved. Many games from this era are of a more substantial nature, so we may see fewer games but in greater depth, depending on how things work out.

Anything that’s come out relatively recently, likely with a focus on modern Japanese and Japanese-inspired games. Again, I’d like to show a variety of titles here, but may take the opportunity to try out some new stuff for the first time! No Rance, unfortunately, because Twitch doesn’t like teh sex and you can never quite be sure when it’s going to crop up in Rance, but I’m sure we can find something to occupy ourselves with in these wee hours of the morning!

These last three hours are set aside for absolutely anything at all from any era. Whatever I feel like playing, anything people watching might be interested in seeing more of, anything latecomers might have missed and want to catch up on… or perhaps just me playing Solitaire in an exhausted haze while dribbling slightly.

I hope you’ll take the time to come and support my efforts. I’m interested in streaming but feel like I need to develop my confidence a bit, so this will be an ideal opportunity to do that with a (hopefully) supportive audience!

As previously mentioned, you can make a pledge to my Extra Life efforts here — my target of $330 represents the amount I raised last time around, so I’d like to see if I can beat that — but honestly, if you’re strapped for cash or hesitant to pledge for any reason, a great way to support is just to show up and throw some encouraging comments at me. 24 hours is a long time, even if you’re doing something you enjoy, so any rallying you might be able to offer will be most welcome!

Let’s have fun with some great games. And if we can raise some money for a good cause in the process, so much the better!

One thought on “Extra Life: Game Day is Soon!”