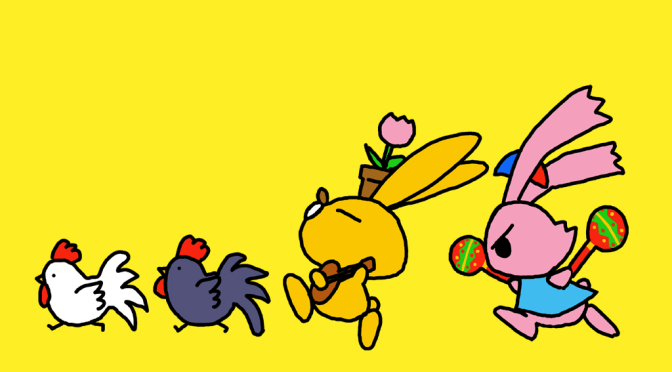 Have you heard the tale of FromSoftware, dear reader? Legend has it that long ago, in the dim and distant past, these renowned scribes were more than just “the people who made Souls games”.

Joking aside, the company’s past output is quite a bit more diverse than you might expect if you only became aware of it in the last couple of console generations. In particular, the first two PlayStation eras represented FromSoftware at its most experimental, with its games running the gamut from Souls’ spiritual predecessor King’s Field to mech sim series Armored Core.

Perhaps the most surprising of FromSoftware’s games from this era, though, given their present reputation for “dark and moody”, is a rather peculiar PlayStation 2 game released in Japan and Europe as Kuri Kuri Mix, and The Adventures of Cookie and Cream in the States.

Kuri Kuri Mix, as we shall refer to it from hereon, is a cooperative puzzle platformer in which the two protagonists Chestnut (Cookie in the American version, a rather chubby-looking, banjo-playing rabbit-like creature) and Cream (a furious-looking pink rabbit in a dress who likes to play the maracas) work together to overcome various challenges in an attempt to recover the missing moon.

The unique thing about Kuri Kuri Mix is that it is completely dependent on cooperation between the two characters, even if you’re playing alone. When played solo, the left stick controls Chestnut while the right controls Cream, and the shoulder buttons on the characters’ respective sides of the controller take care of jumping and context-sensitive actions. This setup means that two people can play even if you only have one controller, so long as you don’t mind sharing.

This isn’t the kind of half-assed cooperative gameplay we’ve seen in recent Super Mario games such as the otherwise excellent Super Mario 3D World; here, progressing through each of the levels is absolutely dependent on both characters working together to clear obstacles and manipulate the environment to ensure both of them are able to reach the exit safely.

The challenges might be as simple as one character pressing a switch to open a door for the other, or they may require careful coordination and timing between the two characters, moving platforms or opening doors while simultaneously moving the other character forwards so that they don’t take damage. The latter is far from an insurmountable challenge, however, even for a single player, since the pace of the game is deliberately slow, meaning the windows of opportunity are relatively wide and easy to take advantage of where necessary.

Whether played cooperatively with another player or solo, there are no real moments of “downtime” for either character, since there’s always something to do as you advance through the pleasingly compact, filler-free levels. In fact, standing around doing nothing is actively discouraged, since idling for too long causes a special enemy to home in on the inactive character, latching on to them and draining the team’s precious time limit until they’re shaken off.

Combat isn’t a major focus of Kuri Kuri Mix, though there are enemies in the levels that can be dispatched either by jumping directly on them or landing a heavy double jump on the ground near them — the latter option can even take out groups of enemies if timed and positioned carefully. There’s no concept of “health” or “lives” in the game, either; taking damage from an enemy or an environmental hazard (be it a bottomless pit, deep water or just a spiky cactus) simply drains precious seconds from the ever-ticking time limit. 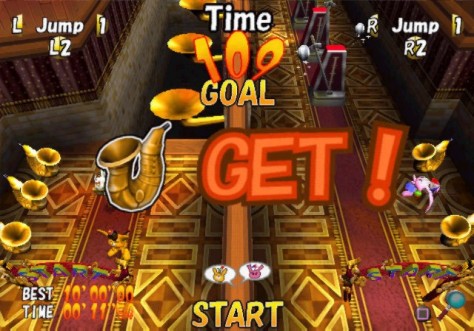 That said, the fifth stage of each of the game’s themed worlds is a boss fight, though like the rest of the game, these are more puzzly and cooperative in nature than out and out action. They’re pleasingly varied, too; in some, one character must lure the enemy into different places around the field for the other to set off traps; in others, the two must cooperate to perform actions at the same time in order to deal damage. Again, while a challenge to get your head around solo — particularly during times where the game deliberately swaps the positions of the characters on screen to the opposite sides of the analogue sticks that control them — it’s far from impossible due to the fairly sedate pace of the whole thing, and it’s most certainly satisfying when you do successfully complete a challenge.

There’s a decent amount of longevity in the game, though it’s not so unfeasibly large that you’ll never see the end of it. There are nine worlds altogether, each featuring five stages, and the difficulty starts to ramp up pretty quickly. No challenge in the game is impossible, cheap or unfair, however; usually it pays to take your time and consider the situation carefully rather than trying to rush your way through as quickly as possible. This is a game design philosophy that FromSoftware has carried all the way forward to its current titles.

Each non-boss stage also features a puzzle piece to collect, with a new character unlocking in the game’s Versus mode for acquiring a complete set for a world. And on top of that, each world features two “Gifts” to discover, which are items of scenery that can be picked up. Then if you’re still hungry for more, each level times you and gives you a score and rank at the end, so if you really think you’re good at controlling two clumsy rabbits at once, well, now you can prove it! 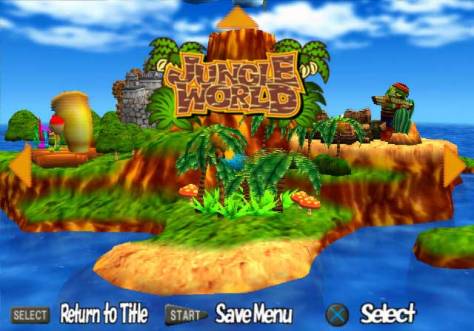 Kuri Kuri Mix is a great game whether you’re playing by yourself or with a partner. Arguably it offers a significantly stiffer challenge if you plan to go through it all alone — especially in the later stages, where timing becomes much more critical — but it’s nice that the game has been designed in such a way that solo play is absolutely practical. So while cooperative play is where the game really shines, don’t pass this one up just because you don’t have a regular partner to play with

It’s a solid, substantial offering all round then — and proof if proof were needed that FromSoftware does know how to make good use of primary colours and a cheerful, silly atmosphere as an alternative to its now-trademark sense of bleak foreboding.