Gust shifts gears from its charming, relaxing Atelier series to bring us a game about a lesbian vampire demon fighting to save the world — well, mostly her girlfriend — from the encroaching darkness of eternal night. 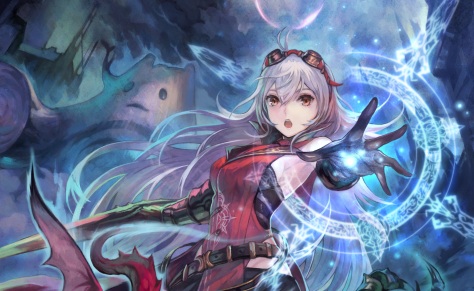 Nights of Azure: Introduction and History - Lesbian vampire demons from the creators of Atelier? You better believe we're on board with that... so let's start by taking a look at the background of developer Gust. 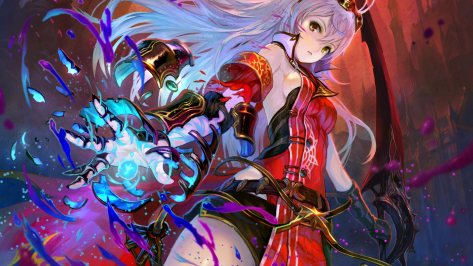 Nights of Azure: Hack, Slash… and Command - Gust's Nights of Azure is a hack-and-slash action RPG with a twist: you bring some little friends along for the ride, too, and they all have their own unique charms that become apparent in battle!

Nights of Azure: Narrative, Themes and Characterisation - Nights of Azure may have some interesting mechanics... but it has a fascinating, ambitious and outright operatic narrative, too. Prepare yourself for high drama with a deeply positive message at its core. 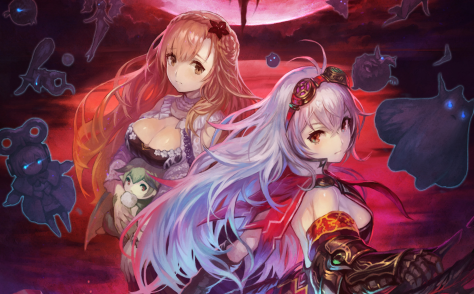 Nights of Azure: Sights and Sounds - Like many of Gust's other works, Nights of Azure has a very distinctive audio-visual aesthetic about it. So let's explore that further to wrap up our time with the game.

Other Articles about Nights of Azure

Waifu Wednesday: Arnice - With Arnice back in the spotlight in our Warriors All-Stars playthrough, it’s only fair that we give her a bit of love and appreciation for Waifu Wednesday, isn’t it? Arnice is, if you’re unfamiliar, the protagonist of the excellent Nights of Azure, which was the subject of a Cover Game feature here on MoeGamer back in 2017. … END_OF_DOCUMENT_TOKEN_TO_BE_REPLACED 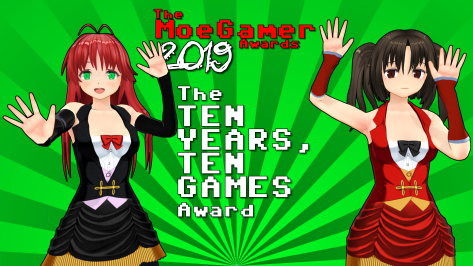 The MoeGamer 2019 Awards: Ten Years, Ten Games - The MoeGamer Awards are a series of “alternative” awards I’ve devised in collaboration with the community to celebrate the sorts of things that never get celebrated in end-of-year roundups! Find out more here — and feel free to leave a suggestion on that post if you have any good ideas! – It is, as we’ve already said, … END_OF_DOCUMENT_TOKEN_TO_BE_REPLACED

Seven Arbitrarily Chosen Things You’re Missing Out On If You’ve Been Operating Under the Mistaken Belief that JRPGs are “Dead” - It seems that every time we get a new Dragon Quest, Final Fantasy or Persona release, we have the same old “we’re having a JRPG renaissance!” discussion. Well, dear reader, with my coverage of Death End Re;Quest on the horizon at the time of writing and plenty more RPGs in our shared futures, I’m here … END_OF_DOCUMENT_TOKEN_TO_BE_REPLACED

The One-Liner Challenge - Time for a Community tag post! This one looked like a particularly fun one, and after the lovely Irina from I Drink and Watch Anime specifically requested me to do one about games, who was I to refuse? The original tag came from The Awkward Book Blogger and was based around, as you might expect, … END_OF_DOCUMENT_TOKEN_TO_BE_REPLACED

Waifu Wednesday: Lilysse - It may not have escaped your notice that I haven’t done any Blue Reflection-themed Waifu Wednesdays this month. This is entirely deliberate; since the game as a whole is based around the interactions between the female characters, I’ll be talking about most if not all of the major characters when we come to explore its … END_OF_DOCUMENT_TOKEN_TO_BE_REPLACED

The MoeGamer Awards: Most Eclectic Soundtrack - The MoeGamer Awards are a series of made-up prizes that give me an excuse to celebrate games, concepts and communities I’ve particularly appreciated over the course of 2017. Find out more and suggest some categories here! Music is a massively important part of the modern gaming experience. As technology has improved, particularly in the storage department, … END_OF_DOCUMENT_TOKEN_TO_BE_REPLACED 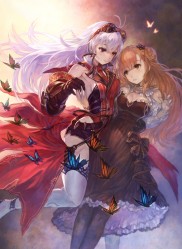