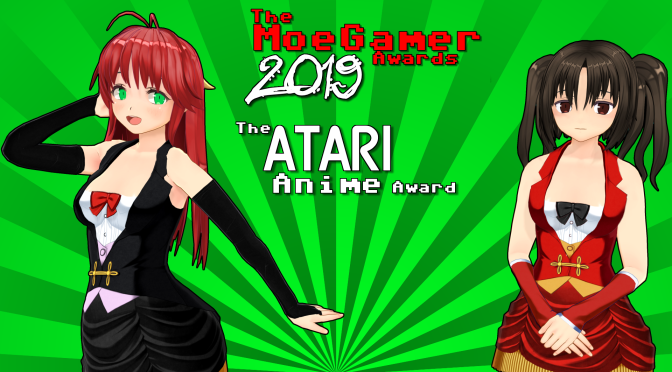 This year’s first award is exactly the sort of peculiar thing I was after, courtesy of regular and longstanding reader Viscera/@Zwifu.

Viscera wants to know the Atari game I want to be remade with cute anime girls the most. Preferably something that has been covered in one of my Atari A to Z videos.

That’s a hell of a category to start with! I’m going to have to think hard about this one…

I frigging love Time Bandit. I’d go so far as to say it’s probably my favourite Atari ST game. It’s a game whose quality is even more remarkable when you consider how early it came out — it released in 1985, the same year that the ST arrived on the scene.

Time Bandit remains a highly distinctive title for the fact that it blends a variety of different game styles together. There’s top-down exploration and rudimentary item manipulation (mostly finding keys to open locks). There’s Gauntlet-style shoot ’em up action as you destroy enemies constantly spawning from generators. And its most distinguishing feature: text adventure components. 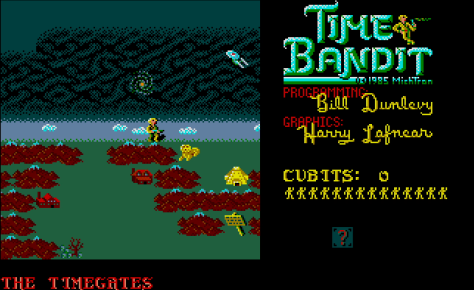 This latter aspect is what makes me think it would work well as a remake with cute anime girls, because it’s barely a short hop from text adventure to visual novel, and there is no greater concentration of cute anime girls anywhere else in interactive entertainment than in the visual novel medium.

There are a few possibilities when contemplating how this might be remade in this way, then. Firstly, a straight “port”, replacing the generic nameless hero from the original with some sort of dimension-hopping magical girl would be a great start. The fact that all Time Bandit’s levels unfold in different time periods and settings already makes for some varied gameplay and provides the distinct possibility of our heroine dressing up in a variety of period-appropriate costumes. Although I’m not sure what she’d wear in the literal Pac-Man level.

Secondly, the text adventure sections could be enhanced in various ways. For one, they could simply be illustrated; text adventure purists would probably turn their noses up at this, but we’re talking fantasy anime girl remakes here, so forget them. In other words, the descriptive text could simply be complemented by an evocative backdrop, event CGs or even animations depicting our heroine doing various things as the player types in the appropriate commands. 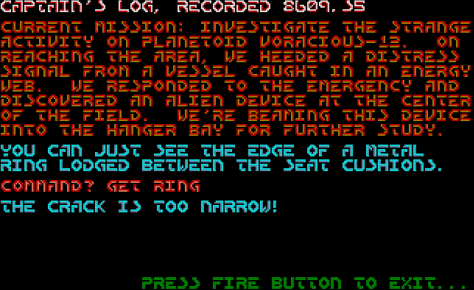 A more ambitious remake might look at revamping the gameplay of these sections for a more modern audience. Perhaps they could unfold as point-and-click adventure sequences similar to Root Letter or Ace Attorney — this would allow them to incorporate descriptive and humorous prose as well as interactivity that didn’t require you to figure out exactly what combination of verb and noun the primitive parser of the original was expecting of you.

Alternatively, the adventure aspects of the game could be more tightly integrated with the regular gameplay — although I personally feel that if this approach was taken, it’d lose a bit of that inherent “Time Bandit-ness”. Time Bandit’s blend of normally completely disparate game genres and mechanical components was what made it unique at the time of its original release; and I don’t remember seeing anything quite like it again until I played Nier some twenty-five years later and stumbled across the text-only “Deathdream” sequence. 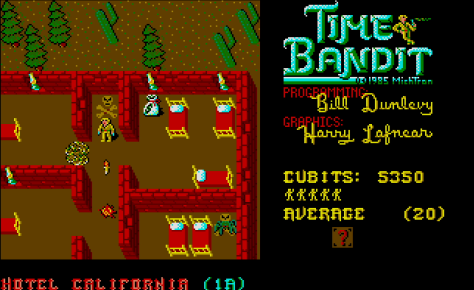 Besides how to handle the text adventure components, another important consideration would be how to deal with the game’s overall presentation. The tile-based, top-down pixel art aesthetic of the original is iconic, and it would be a shame to leave that behind; while having fully three-dimensional third-person over-the-shoulder perspective magical girl shootouts on the bridge of the Excalibur would be pretty neat… again, I feel that might water down the overall “Time Bandit-ness” of the experience.

At the same time, being overly “retro” has been done to death. Time Bandit was quite a nice-looking game even when it first released, so anything too big and chunky is right out; perhaps we could have some sort of hybrid approach, where the game plays in 2D like the original, but the environments and characters are rendered polygonally. That then provides scope for things like cinematic camera angles for special attacks or important happenings like unlocking doors. 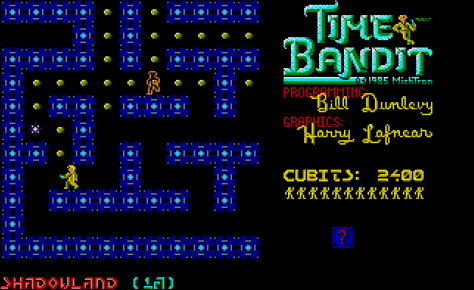 That sort of perspective in anime-style games is typically accompanied by chibi-style character models, which could work quite nicely; personally, however, I think I’d prefer more realistic proportions to alleviate a feeling of dissonance between our heroine’s in-game appearance and any time she’s shown using beautiful 2D art (by… let’s say Tsunako; this is my dream game, after all) in the adventure game sequences.

The whole thing would be capped off with some improvements to the overall audio-visual presentation. The original Time Bandit had fairly minimal sound, consisting mostly of effects to reflect shooting, destroying enemies, taking damage and acquiring items. Magical Girl Time Bandit would, of course, have a full soundtrack covering a variety of musical styles and instrumental ensembles according to the time period our heroine was exploring at the time. It would be composed by Jake Kaufman. 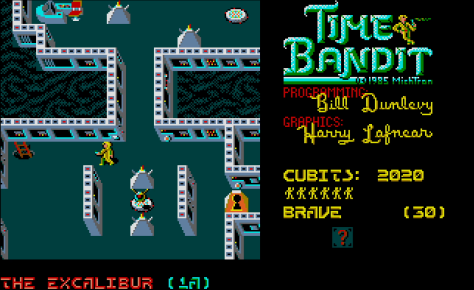 Aw, man. Now I kind of want to play this game. Perhaps I should bite the bullet and pick up that copy of Multimedia Fusion 2.5 I’ve been eyeing for a while. Hey, if it’s good enough for the Freedom Planet developers…!

Get involved with The MoeGamer 2019 Awards here!

3 thoughts on “The MoeGamer 2019 Awards: The Atari Anime Award”