I was approached by the charming and delightful Luminous Mongoose recently about producing a collaborative post on the subject of creepy enemies in Japanese video games. It is spoopy October, after all, and moreover this month’s Cover Game certainly offers plenty in the underpants-soiling department.

So with that in mind, hit the jump for the first part of this list, and check out Lumi’s site Otaku Essays and Analyses for the rest!

One of the most interesting things about Final Fantasy XIV is how much effort it makes with incidental side-stories and worldbuilding. While you’re levelling your first character and making your way through the A Realm Reborn storyline, you’ll occasionally come into contact with a party of NPC adventurers who are progressing at a similar pace to you. But when it all goes wrong for them, it really goes wrong.

Edda was in love with a member of their group to such a degree that even after his death, she carried his head around with her. And over time, she gradually descends into madness as she refuses to believe he’s truly gone; it’s a plausible interpretation of how, in a world where magic and monsters are real, one might be driven to increasingly desperate measures out of a refusal to process and accept your own grief. 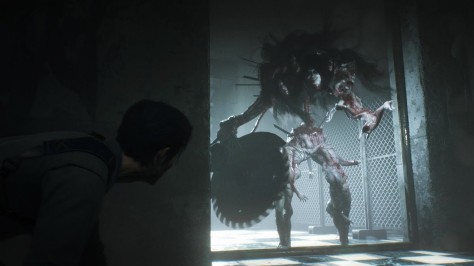 The Guardian is the horror equivalent of overcompensating. It’s like the designers had a meeting and had a bunch of different ideas of what is scary, so they all reached a compromise by stuffing every idea into a single monster.

Strangely enough, it works! I like the busyness of the design, and the screaming as well as the flailing mass of limbs makes her somebody I do not like staring at or being within 50 feet of. With the new first person mode of The Evil Within 2, every appearance of her just got ten times more terrifying as well.

Silent Hill 2 is noteworthy for being one of the earliest narrative-based games that successfully made good use of symbolism and metaphor without being explicit about it. This is something a lot of modern game developers still struggle with even today, so for it to be handled so well in 2001 is all the more remarkable.

Pyramid Head is scary because when you first encounter him you have no idea what he is, and you’ll probably find it hard to believe what you see him doing. His relentless pursuit of you throughout the rest of the game only adds to that terror… and once you figure out his true purpose and identity, it doesn’t make things any easier to deal with.

The Shibito may seem like your common variety slow zombies, but the game provides us with plenty of characteristics to mix up the spooks. First, the fact that you’re usually playing as a normal person and not some badass S.T.A.R.S soldier like Chris Redfield means no fighting back 90% of the time, and even with a gun, you won’t stop them for long. Second, the Shibito still retain some intelligence and personality, consumed by their hatred, so expect a lot of angry and deranged Japanese shouting.

Finally, the ability to sightjack them (i.e. being able to see through their eyes) means you get to see yourself cowering in a cabinet, and hoping that the fact that you just saw yourself hide in it did not register fast enough. For these reasons, despite being what would be a “normal” mook in any other game, the Shibito are a uniquely terrifying enemy.

Project Zero’s main antagonist is a ghost girl who is seemingly untouchable. And like Pyramid Head, the first time you encounter her, you don’t know who or what she is, or why she is filled with such rage. But as the story progresses, you start to learn more about her, her awful, inescapable fate, and the reason she was unable to fulfil the “duty” that was forced upon her.

By the end of the game, it’s hard not to feel bad for her with all the things you’ve learned, but that doesn’t make her any less scary. If anything, she’s more terrifying for the fact you now understand the reason for her uncontrollable rage — and the fact there’s only so much you might be able to do for her. 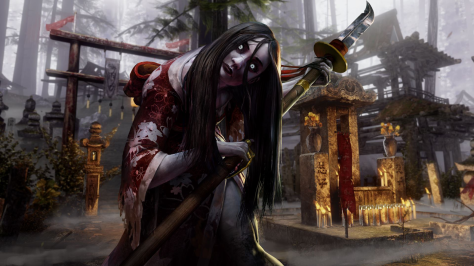 Honestly, she’s here because “Kayako from The Grudge but FIGHTING GAME” is the best idea I never knew I wanted. She definitely captures the spirit of the classic vengeful ghost lady, with her own tragic backstory and murderous intent.

Her moveset actually incorporates so many horror elements seamlessly, such as shadowy hands from hell as a pseudo-grab, her “dash” being a terrifyingly quick crawl,and her actual grab being possessing you and turning you into a human origami. The beautiful mix of fighting game elements with classical Japanese horror is why Hisako takes the spot at number 3.

(Editor’s note: Killer Instinct isn’t technically a Japanese game, I know, but the modern fighting game sector is definitely dominated by Japanese design sensibilities — and Hisako is clearly designed with an appreciation for traditional Japanese horror!)

And there we have it… up until number 3, at least! For both our Top 2 Creepiest Enemies in Japanese Games (plus a couple of honourable mentions) head on over to Lumi’s site Otaku Essays and Analyses with a fresh pair of kecks in tow.