Poor old Pac-Man’s been put through the wringer since his first appearance in 1980.

He’s gone on adventures, been platforming, attempted to educate the masses and even kicked the snot out of his fellow video game icons. But somehow it always comes back to doing what he does best: munching his way through mazes while attempting not to, in turn, get noshed off by ghosts. (Although some people are into that.)

Pac-Man Championship Edition 2 is Namco’s latest attempt to put an interesting twist on the original Pac-Man formula. And it’s a ton of fun.

Pac-Man Championship Edition as a series has always been about providing a somewhat faster-paced take on Pac-Man. The original game saw our yellow hero gobbling dots in a maze divided into two halves; eating all the dots on one side would cause a bonus item to appear on the other, and eating this would cause the empty half to regenerate a new layout ready to be chomped. Rather than simply playing as long as you could survive as in the original arcade game, the emphasis in Pac-Man Championship Edition was in scoring as many points as possible against a strict, non-extendable time limit.

Pac-Man Championship Edition DX built on the base formula by introducing the idea of “ghost trains”. As well as the usual wandering ghosts, DX introduced “sleeping” ghosts at various predefined points around each maze that could be awakened by passing close by them. These ghosts would subsequently form an increasingly long chain that followed Pac-Man’s every move rather than being controlled by AI, and the route to a high score was in timing your power pellet consumption so that you could chug down as many ghosts as possible in one go.

Pac-Man Championship Edition 2 builds further on the formula set by its two predecessors, with a few twists. Now, rather than a maze split into two halves, there’s just one big maze. Filling a meter by eating dots causes either a fruit or a power pellet to appear; eating the fruit, as before, causes the next maze (which will usually be more complex than the last) to appear, while eating a power pellet, of course, allows you to turn the tables on the ghosts. Ghost trains return from DX, but this time around there can be up to four of them; this increased difficulty is counterbalanced by the fact that Pac-Man no longer immediately dies when bumping into a ghost, but instead can repeatedly collide with them until they are knocked into the air and made angry. Angry ghosts can kill Pac-Man, but will calm down after a few seconds. Pac-Man can also use a “bomb” to blast himself to a safe spot in the maze and escape from danger.

The use of the meter to trigger the appearance of a fruit or power pellet is interesting, because it will almost always fill before you’ve eaten all the dots on the screen, meaning you can rush through the mazes rather than “completing” them if you believe it will net you a higher score. Success in Pac-Man Championship Edition 2 requires a combination of memorisation to know the “best” routes around each maze that take in all the dots and captures as many ghosts as possible for the train, and quick reflexes to both respond to unexpected situations and efficiently complete the stages. 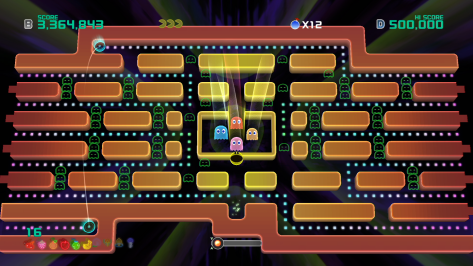 It may be simple on paper, but there are more skills to master than you might imagine to eke out the highest possible scores. Perhaps the most significant of these is Pac-Man’s ability to “skid” around corners. Steering him around a corner before he actually reaches the corner causes him to “spark” and zip around the corner more quickly than usual; over time, these saved milliseconds really add up and can contribute a surprising number of points to your final tally, particularly as the value of an individual dot gradually increases from just one point to 500 for uninterrupted munching without losing a life.

Catching the ghosts when you get a power pellet is surprisingly challenging, too. Once you pop a pill, the ghost trains start to move on predefined paths that become visible on screen, but these often have branches in them, requiring you to “cut off” their escape routes rather than simply chase them down, since a train can only be eaten starting from its frontmost ghost. Fortunately, the power pellets last for quite a long time, so you have a bit of leeway to take down some stubborn ghosts — but remember every second you spend failing to guzzle down your spectral rivals is a second you’re not earning points through eating dots and progressing through mazes.

Pac-Man Championship Edition 2 incorporates a variety of different mazes for its main Score Attack mode, and several ways to play each one, ranging from a beginner-friendly “single train” mode to a high-speed expert mode with four trains and minimal extra lives. Each mode has its own online leaderboards and letter-grade ranking system, and the end of each playthrough is accompanied by a pair of cool graphs that reflect how you acquired points over time, and the main sources of your points, be they dots, ghosts, fruit or the bonuses you get at the end of a run for remaining lives and bombs.

The game also features an “adventure” mode, which is primarily based around completing various objectives against a time limit. It’s not nearly as compelling as the simple addictiveness of the score attack mode — and the “boss fights”, which simply require you to clear a series of mazes as quickly as you can while a giant ghost occasionally bonks into the screen and makes his smaller counterparts mad, are just odd — but it’s an interesting diversion and a good way to practice your skills.

The Nintendo Switch version also features a two-player simultaneous cooperative mode where you share a score with a partner. Gameplay here is based around the same principles, but instead of filling a meter to trigger the appearance of a fruit or power pill, the players must eat all the dots between the pair of them, then “crush” a piece of fruit or power pellet by colliding with one another face-to-face. Ghosts must be eaten in the same way; bumping into one while under the influence of a Power Pellet simply “dribbles” them around the maze, allowing each player to set up a good position to meet up and collide. It’s an interesting idea that requires good communication and a surprisingly different skill set to the standard Pac-Man Championship Edition 2 gameplay, and can even be played with a computer comrade if you have no friends.

Fans of Pac-Man and particularly its Championship Edition incarnations are seemingly somewhat divided as to whether Championship Edition 2 is “better” than its predecessors, but it’s certainly a damn good time with pretty much infinite longevity, much like any good score attack arcade game. It’s a particularly good fit for Nintendo Switch, with its strict five- or ten-minute play sessions making it ideal for play on a work lunch break or extended toilet visit. 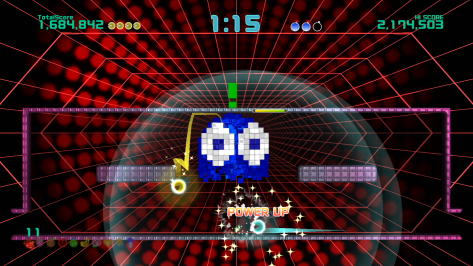 The ol’ yellow guy’s still got plenty of life left in him yet, it seems. Long may he continue to grace our screens. WAKAWAKAWAKAWAKA. 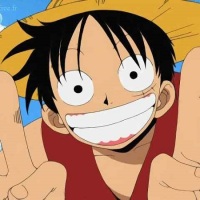 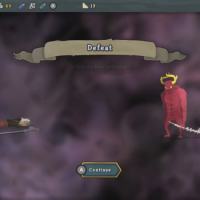