If you’ve been gaming as long as I have, you probably remember an outfit called Working Designs.

Working Designs was an American publisher from the PS1 era that specialized in the localization of Japanese games — particularly RPGs, strategy games and shmups — and quickly gained a reputation at the time for being one of the best in the business.

The primary reason for this reputation was the fact that Working Designs’ Western releases of Japanese hits weren’t just straight word-for-word literal translations — rather, they were genuine localisations that made appropriate use of Western slang, turns of phrase and even popular culture references to give them a unique feel all of their own.

While opinions on this approach to localisation vary today, the effort the team made to make these games as approachable as possible was very much appreciated by the audience of the time. 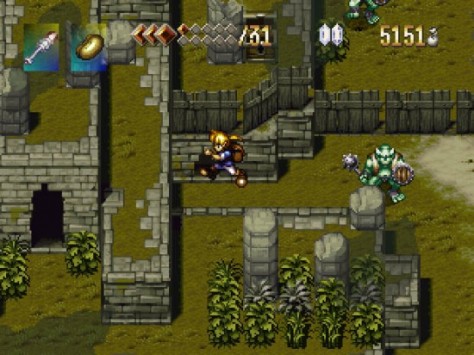 As a Brit, I unfortunately didn’t get to play that many of Working Designs’ titles, a lot of which remained confined to American shores during the PS1 era, but a couple do stick in my mind even now — The Adventures of Alundra, which saw a European release via Psygnosis, and the Lunar series, the first PlayStation-based entry of which was one of the first games I ever imported from overseas, and for which I had to do the then common-knowledge trick of holding my PS1′s disc cover open with a pen lid while swapping CDs during the boot process. Ah, the good old days.

Both of these games are excellent titles that still stand up very well today, as it happens. Let’s look at both of them briefly in turn. 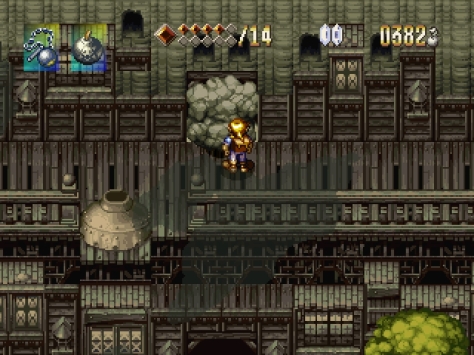 1997′s The Adventures of Alundra, or simply Alundra as it was known in the States, was an action RPG by Matrix Software, a team made up of former developers of the Landstalker series on Genesis. In fact, Alundra was considered by many to be a spiritual successor to the Landstalker series, though it had little in common with its predecessors beyond a similar-looking aesthetic and a protagonist who had boots that were much too big for him.

Lazy critics were quick to compare Alundra to the Zelda series, and indeed there are a number of elements in common between the PS1 title and Nintendo’s classic series, though just as many differences.

At this time we were, for the most part, in the era before online walkthroughs were a commonplace sight, remember, so being able to get your head around a particularly tricky problem in Alundra was something that made you feel absolutely great.

For the most part, puzzles were of the “slide slidey things around until they’re in the right place” variety, but these were often combined with platforming segments in which you had to figure out exactly what path you were trying to make with the objects and then not only make it, but successfully traverse it, too.

Alundra’s gameplay was just part of the appeal, though. Where Working Designs came in was in the excellent writing. Although the titular hero is a silent protagonist, the other characters were crafted so well that this didn’t matter too much. The quality job that the team at Working Designs had done helped you feel like a real part of the increasingly dark and twisted narrative as it weaved its way towards its conclusion.

The nature of the story and characters, which saw Alundra and his friend Meia delving into people’s dreams to free them from nightmares, also allowed for some surprisingly deep and hard-hitting exploration of the characters, tackling themes such as alcoholism and multiple personality disorders.

If you want to play Alundra today — and if you’re a fan of action RPGs with a bit more challenge and depth than the Zeldas of the era, you should — then you can grab a copy from PSN now.

The Lunar series, meanwhile, were more traditional JRPGs, unfolding from a top-down perspective and featuring turn-based combat. What set them apart from their numerous other rivals at the time, however, was, again, the impressive job that Working Designs did on their localisation.

Due to the quality of their English language script, both Lunar: Silver Star Story and Lunar 2: Eternal Blue for PS1 remain some of my favorite JRPGs of all time, even though their core gameplay was relatively unremarkable in comparison to some of the other more technologically advanced offerings of the time.

At least some of this relatively conventional gameplay was due to the fact that both PS1 games were in fact significantly enhanced remakes of much earlier Sega CD titles, which were also localized by Working Designs. 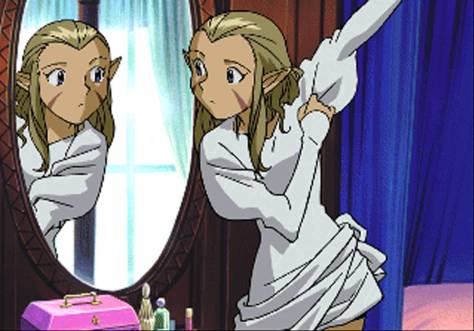 Both Lunar games on PS1 were particularly noteworthy for their high-quality anime sequences that punctuated important narrative moments — one of the big additions over the Sega CD originals. These animations, along with some lengthy fully-voiced sequences using in-game graphics, helped give the whole experience a highly dramatic, cinematic feel despite its rather simplistic presentation — and despite the fact that the chubby in-game sprites didn’t really look a whole lot like the attractive, realistically-proportioned characters in the anime sequences.

If you want to play Lunar today, you have a few options, though none are completely identical to the PS1 version, sadly, and many of them vary quite significantly in quality. Your best bet is trying to track down an original PS1 disc — though be prepared to pay collector’s prices!

It’s sad that Working Designs no longer exists in its original form, but company founder Victor Ireland is still working in the industry today through his new(ish) company Gaijinworks. The company has only released a few games to date and is arguably yet to recapture the former glory of Working Designs — particularly in a market that has changed significantly since the PS1 era — though to their credit they have managed to ensure that former Working Designs titles such as the Arc the Lad Collection and Alundra have been rereleased on PSN. 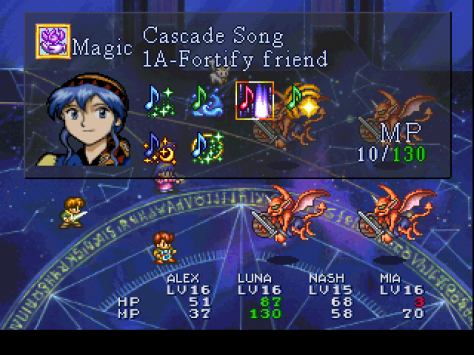 It’s also worth noting, however, that Working Designs was by no means the only company out there doing high-quality translation and localisation work on Japanese titles. Small outfit Carpe Fulgur, for example, is dedicated to localizing interesting Japanese role-playing games on PC, with three excellent titles available to date under their own banner and a significant contribution to Falcom and Xseed’s epic Trails in the Sky series.

Meanwhile, outfits such as Playism and Nyu Media are dedicated to partnering with other localisation specialists to bring the best of lesser-known Japanese games to us Westerners, and larger publisher-localisers such as the aforementioned Xseed, NIS America, Aksys Games and Idea Factory International are all working hard to ensure we get our recommended daily intake of localised Japanese titles.

There’s never been a better time to be a fan of Japanese games, but as the two titles under discussion today show, there’s plenty of goodness to enjoy if you look back a few console generations, too!

2 thoughts on “From the Archives: On Two Working Designs Classics”