What do you think of lengthy games such as JRPGs (or indeed Western RPGs) having multiple endings?

I remember having this discussion with a friend a while back, and he commented that he hated it when there was more than one possible outcome to the story, because he 1) hated having to repeat things and 2) hated feeling like he was “missing out” on part of the game that was “locked off” to him when he started down a particular route.

Obviously this applies more to games where your actions throughout the whole story determine which ending you get rather than a Mass Effect 3-style “which ending would you like?” decision point, but it’s a valid concern that I completely understand in this day and age. Gamers on the whole are getting older and consequently tend to have less time on their hands for lengthy games anyway – so to expect them to play through one game several times in an attempt to see different endings is perhaps unrealistic on the part of developers. 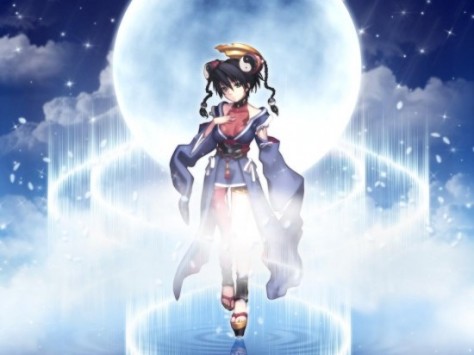 Or is it? There are plenty of people who have ploughed several hundred hours into Skyrim – a game that can potentially go on forever — to make me think it’s perhaps not quite so unreasonable after all. But there are, of course, other considerations besides simply the amount of time it takes. Repetition, for example, can be really boring.

I became particularly conscious of this question after beating Ar Tonelico: Melody of Elemia. For those unfamiliar with the game, it has a rather unusual structure. It’s split into three “phases,” each of which is a self-contained story arc with a beginning, middle and finale, and each of which would probably correspond to a single disc in the PS1 era.

There are two interesting things about it, though. Firstly, the second phase has two completely different narrative paths according to which of the game’s two heroines Aurica and Misha you choose to go with; and secondly, you have the option of not playing the third phase at all if you feel satisfied that the story has reached a conclusion at the end of Phase 2. If you do choose to proceed on with Phase 3 (which is about another 15-20 hours of gameplay) you then have the option of four different endings, three of which are accessible on a single playthrough, and the other of which is accessible if you go back and play the other heroine’s route in Phase 2.

Essentially, to get a complete picture of the story, the bare minimum you need to do — pay attention — is play up to Phase 2, save before the decision point, play one girl’s route, save near the end, see her “Phase 2″ ending, reload, proceed to Phase 3, save, see the bad ending (which can occur early in Phase 3), reload, play through to the end of Phase 3, save, see one ending, reload, see the other ending, reload before the decision point in Phase 2, play the other girl’s route, save near the end, see her “Phase 2″ ending and then, if you can be bothered, play through all of Phase 3 again (which is identical except for the ending in both girls’ routes) and see the ending you couldn’t get first time around. (You can skip the replay of Phase 3 if you want to, though, as the two girls’ endings at the end of Phase 3 are rather similar to each other, and the rest of Phase 3 is the same.) 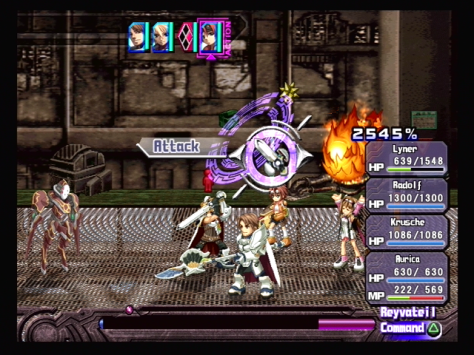 When I first heard that I was going to have to do this to see the complete story, I was a little disheartened at the prospect of going back and replaying a significant proportion of the game again. By the time I’d finished my first playthrough, as tends to happen with JRPGs, I’d developed my characters into a nigh-unstoppable fighting team and I wasn’t that keen to drop back a good 30-40 levels and do it all again — there’s no New Game+ feature here, and no visual novel–style “Skip” button to fast-forward through scenes I’d already seen or indeed whizz past them altogether.

As it happened, I was pleasantly surprised that playing through the other route in Phase 2 didn’t take anywhere near as long as I expected (about 6-7 hours, tops), and it was nicely rewarding to do so.

Rather than being the same story with some minor changes, it was instead a completely different narrative arc that not only focused on a different character, but it had a markedly different tone and style, too. Aurica’s route (which I played through first) feels like the “true” path, as it’s in this route you see all the evil machinations that the game’s antagonists are putting into motion and get to put a stop to them.

Misha’s route, meanwhile, focuses much more on the relationship between Misha and the protagonist Lyner, and includes a number of out-of-context “Meanwhile” scenes from Aurica’s route that make very little sense if you haven’t already seen them in context. Put the two together, however, and you have a complete picture of what is going on.

This sort of approach is actually nothing really very new in Japanese gaming — visual novels tend to follow structures along these lines, for example (though their narrative routes tend not to reconverge once they’ve split), with a complete view of the characters and overall plot only emerging after two or more playthroughs.

School Days HQ is a particularly good example of this in practice. It can be a very interesting and rewarding approach to telling a story that, when done well, strikes a good balance between providing a solid, satisfying experience for someone who only wants to play the game once, and giving a whole ton of additional information for those willing to put a few extra hours in. 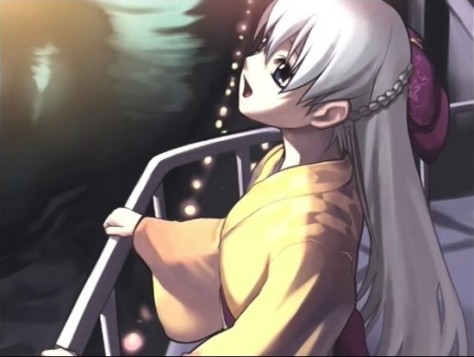 It’s a fine line, though — for this to work, it has to be pretty obvious where the “split point” is, and repetition of stuff you’ve seen before needs to be kept to a minimum — or, alternatively, be skippable.

Ar Tonelico succeeds nicely in its handling of this difficult balance. I played through to the end of Phase 3 in my first playthrough, and stopped at the end of Phase 2 with Misha’s route because the story felt “complete” there.

I was left feeling like I had a full understanding of the story and characters, and not frustrated that I had to repeat the same 15-20 hours of Phase 3 again. And after that, I was well and truly invested in this unusual game world and its fascinating lore — and more than ready to tackle the wonderful Ar Tonelico 2: Melody of Metafalica!

3 thoughts on “From the Archives: Let’s Go Round Again”